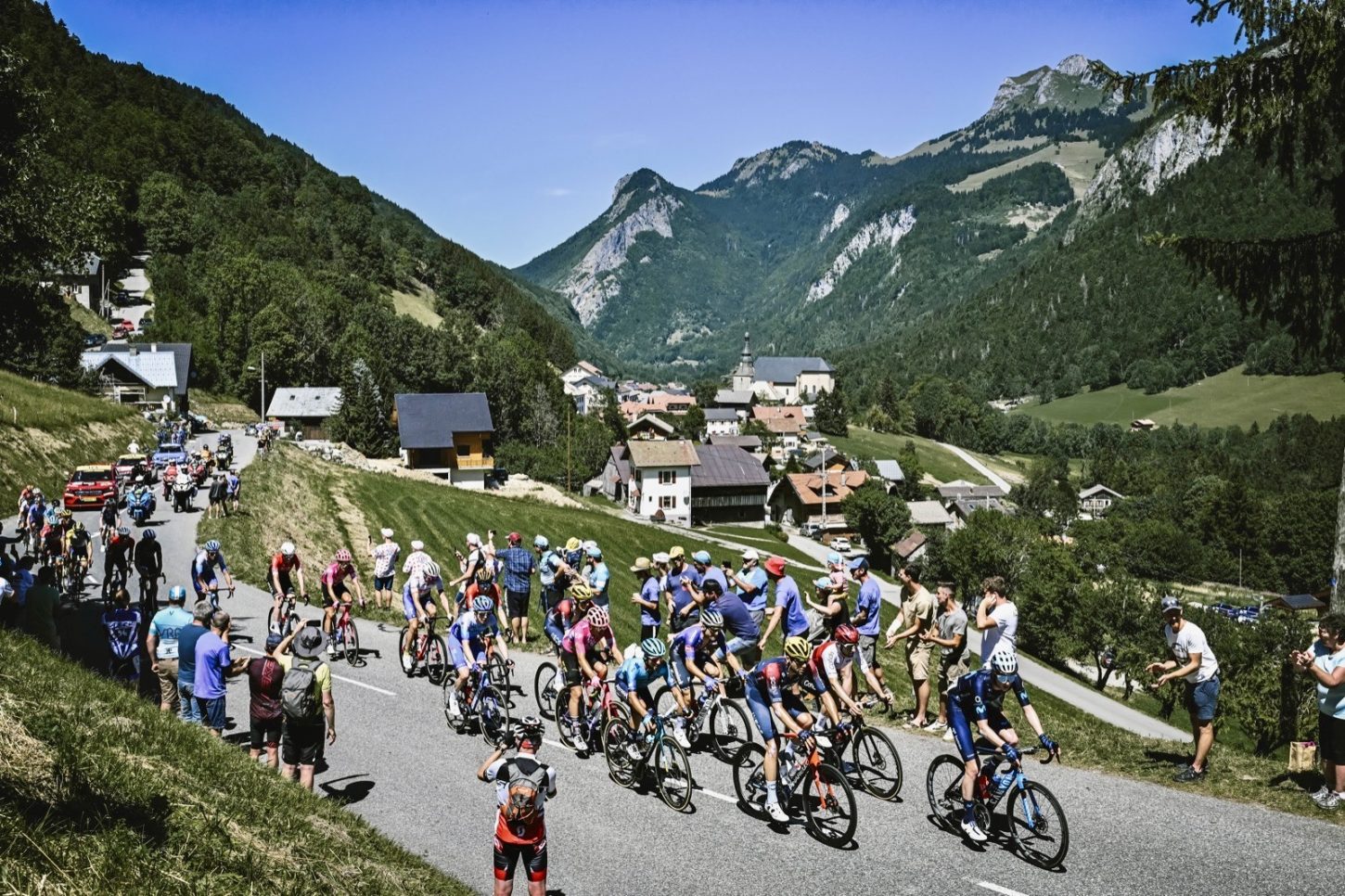 It wasn’t until the second climb of the day, the Col de Jambaz, that the day’s first breakaway effort succeeded, with Pierre Rolland (B&B Hotels-KTM) being the first to attack, drawing out Dylan van Baarle (Ineos), Philippe Gilbert (Lotto Soudal), Luis Leon Sanchez (Bahrain Victorious) with him.

From there, the breakaway group remained united until just before the final climb, where Alberto Bettiol decided to attack.

However, shortly thereafter, the race was interrupted by a group of climate change activists who blocked the route, stopping the race for roughly 10 minutes with 33 kilometers to go.

In the meantime, Bettiol continued to cling to a slight gap along the final climb. But, the Italian rider was later reeled in by a chase effort led by Zimmermann, resulting in a series attacks among what remained of the day’s breakaway group.

With just over 5 kilometers to go, Sanchez decided to attack, only to be joined by Schultz and Jorgenson along the steepest section of the climb, with van Baarle later joining them.

However, the leaders were eventually caught during the final straight, with Sanchez once again going on the offensive, a move that was closely marked by Schultz and Cort.

In the end, it was Cort who emerged victorious, taking a narrow victory on the line in a photo finish.