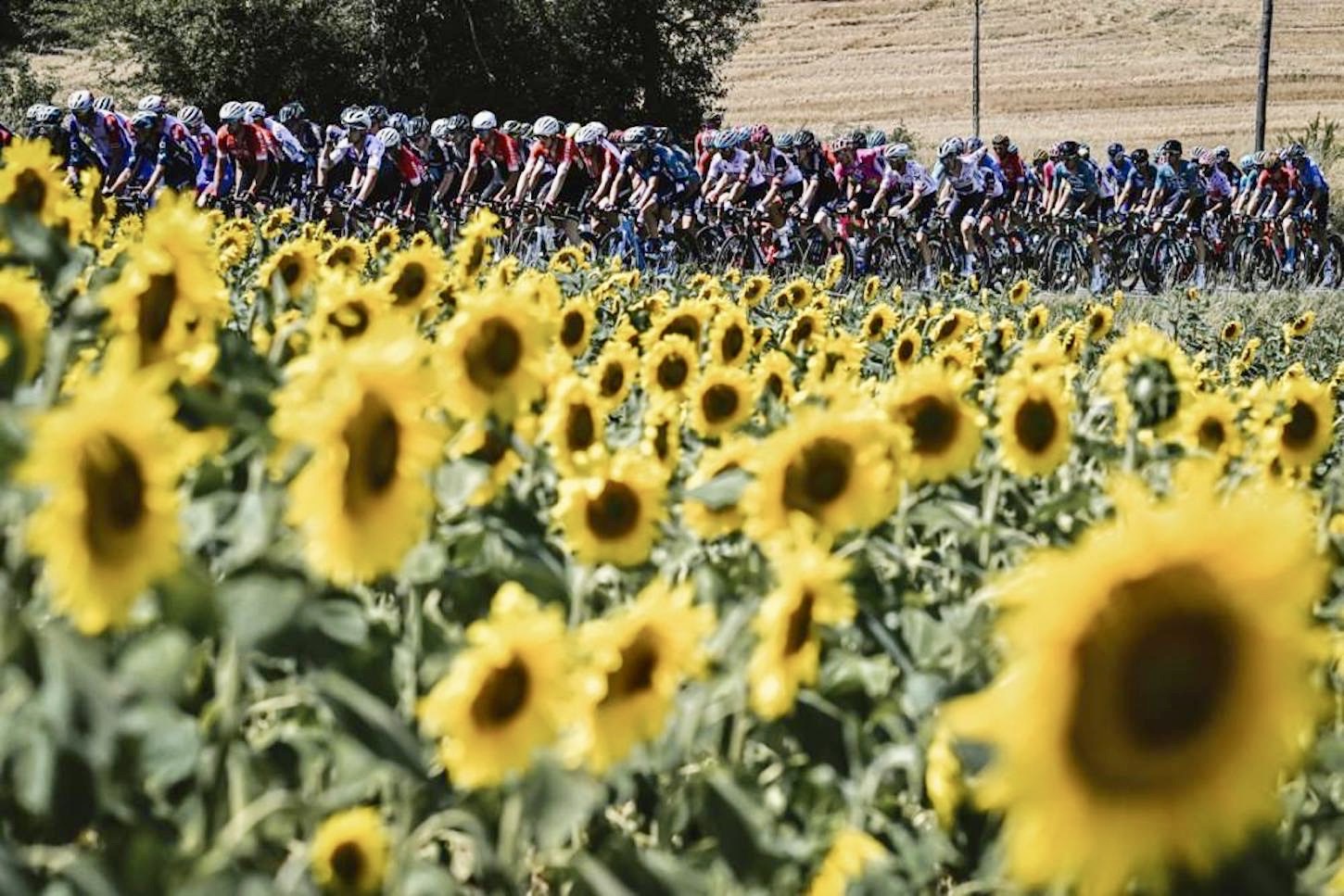 Jasper Philipsen sprinted to victory in stage 15 of the Tour de France today, after the Belgian rider came from behind as Trek-Segafredo’s Mads Pedersen opened up the sprint, coming around his Danish rival during the final bend to power past Wout van Aert (Jumbo-Visma) and seize the day’s honors.

“It makes it super unbelievable. I know what losing is like in the Tour de France, I was close many times, but that it worked out today is incredible,” Philipsen said. “I felt that Wout was coming close, but I also knew the finish line from last year and we got boxed away a little bit before the final corner and I knew it was not far from the last corner from last year. I knew I had to make some positions and it was good that I could pass Mads.”

“There are just too many things at the same time [emotionally], there’s been a massive search for this victory and we worked really hard for it. I’m just super proud we could finally finish it off after a tough Tour. We had to wait until stage 15 with the team but everyone still believed it was possible and I’m super happy.”

In the meantime, is was a disastrous day for race leader Jonas Vingegaard (Jumbo-Visma), who lost the support of two key teammates, Primož Roglič and Steven Kruijswijk, with the former abandoning at the start, while the latter crashed out mid-stage.

Vingegaard himself also crashed, but the Dane managed to rejoin the peloton and maintain his 2:22 lead over Tadej Pogačar (UAE Team Emirates), while Geraint Thomas remains in third at 2:43.

Van Aert and his teammate Nils Politt, along with Mikkel Honoré (Quick-Step Alpha Vinyl Team), marked the day’s first breakaway effort, with the trio wasting no time opening up a slight advantage.

However, it wasn’t long before Van Aert decided to fall back into the peloton, leaving Politt and Honoré to carrying on the escape.

From there, the peloton kept the leaders on a short leash, never allowing the duo to open up much of a gap before reigning them in along the final categorized climb of the day.

Benjamin Thomas and Alexis Gougeard were the first riders over the top of the climb, with Thomas later jettisoning his fellow countryman.

But, a furious chase ultimately brought the curtains down on Thomas, catching the Cofidis rider during the last few hundred meters.

Trek – Segafredo the led into the final straight, moving Pedersen into prime position.

But, a fast charging Philipsen carried enough speed to vanquish both Pedersen and Van Aert to snatch the stage victory.