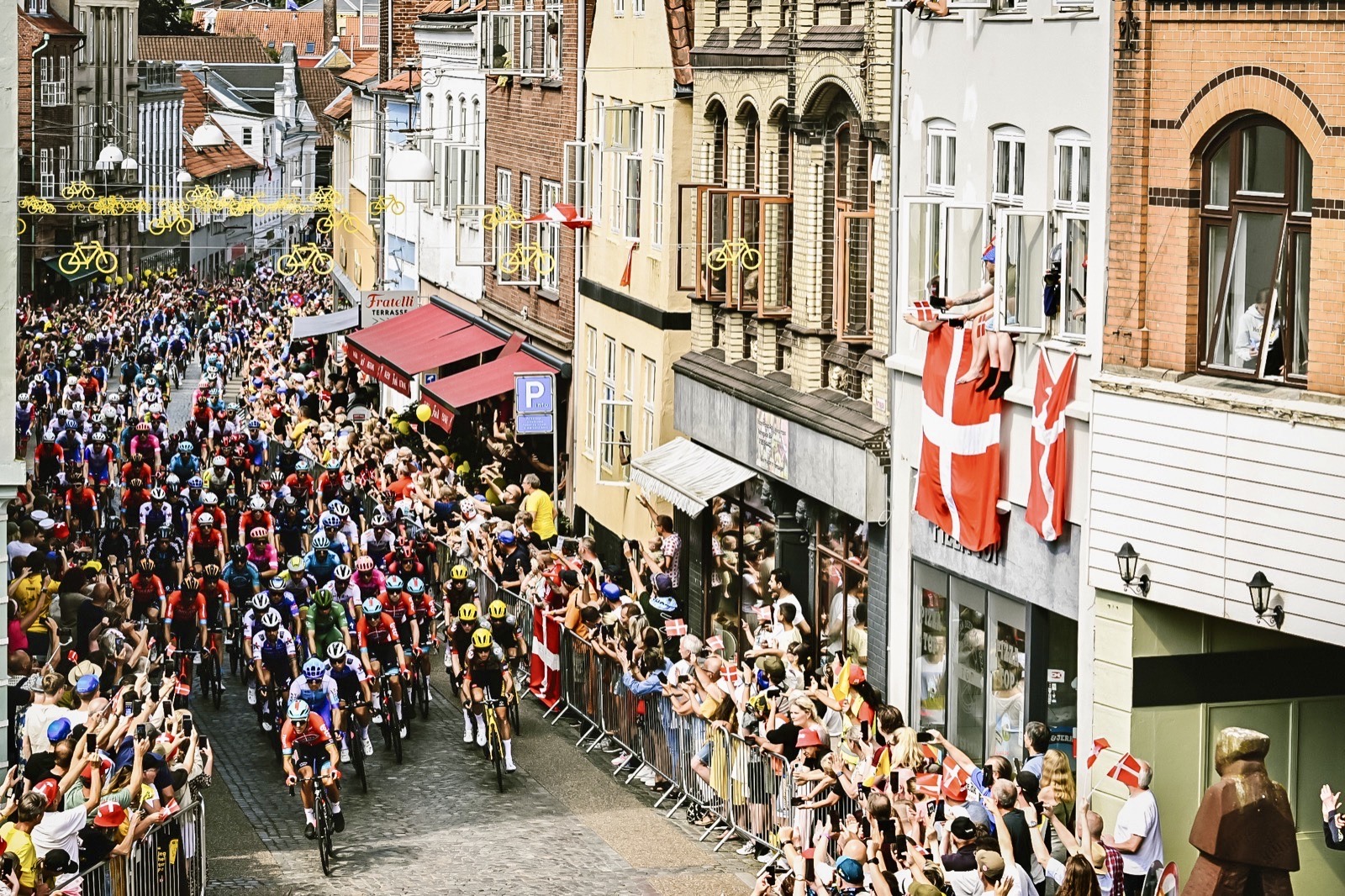 Dylan Groenewegen (BikeExchange-Jayco) sprinted to victory in stage 3 of the Tour de France in Sønderborg today, after the Dutch rider edged-out the yellow jersey of Wout van Aert (Jumbo-Visma) by mere centimeters.

A relatively uneventful day saw Magnus Cort (EF Education-Easy Post) escape the peloton at the outset of the stage, remaining out front for some 130 kilometers and collecting all of the KOM points before the Danish rider was reeled in.

From there, teams jostled for position during the remainder of the stage, with  BikeExchange-Jayco, Quick-Step, Alpecin-Deceuninck and Lotto-Soudal flexing their muscle for an inevitable sprint finale.

Ineos Grenadiers later joined the fray with 5 kilometers to go, while Jakobsen found himself detached from his team’s lead-out effort during the closing 800 meters, leaving Jumbo-Visma to light up the finale for Van Aert.

Groenewegen also found himself without the support of his team. But, the BikeExchange-Jayco was keen to mark the move of Van Aert during the final 20 meters, nixing his Belgian rival on the line to seize the stage honors.

After collecting six bonus seconds over the line, Van Aert  extended his race lead over Yves Lampaert (Quick-Step Alpha Vinyl) by seven seconds, keeping the yellow jersey on his shoulders on Monday’s rest day, as the race makes its way to mainland France ahead of Tuesday’s stage from Dunkirk to Calais.