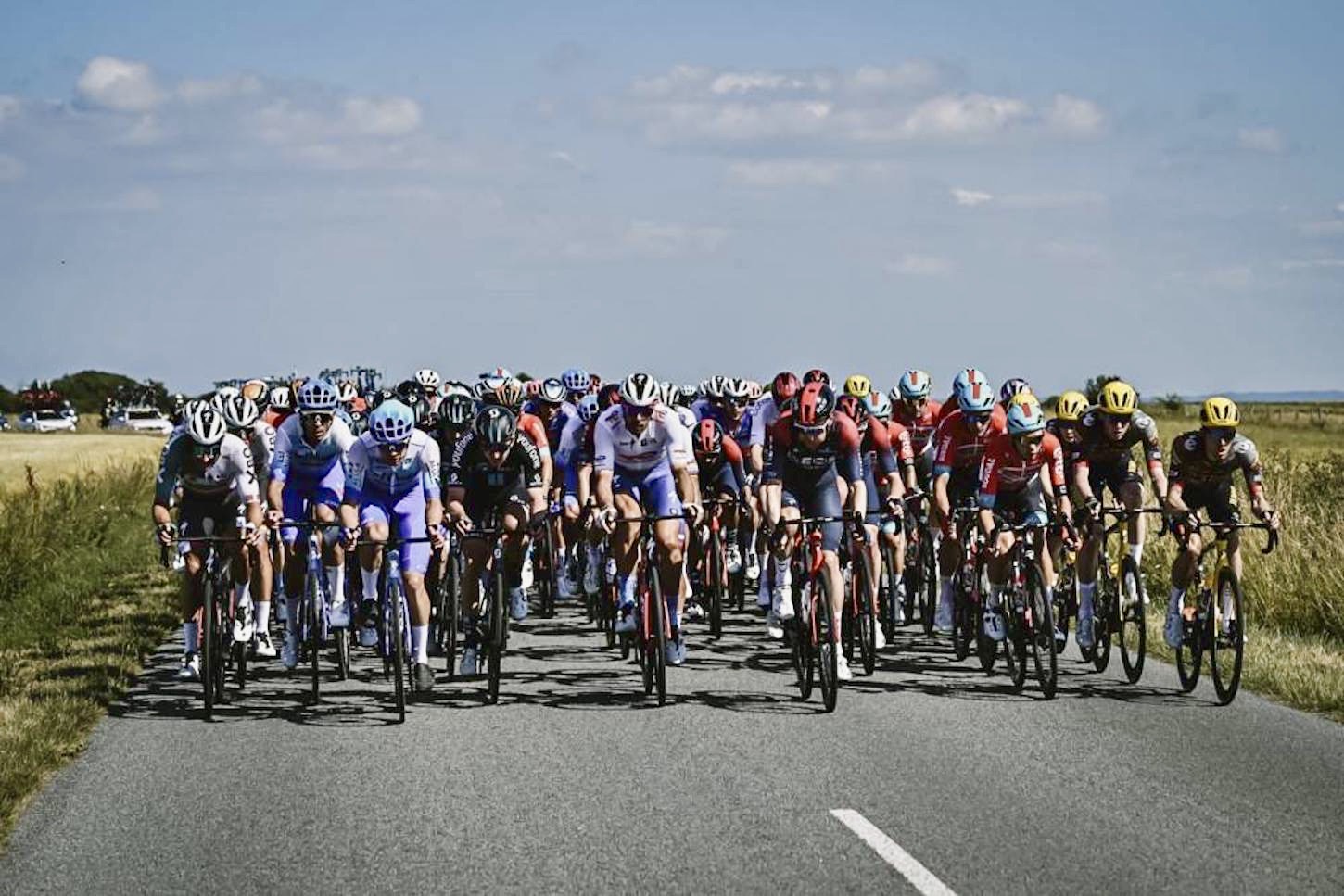 Wout van Aert (Jumbo-Visma) claimed a solo victory in stage 4 of the Tour de France today, bringing an end to a series of near misses with a stinging acceleration along the final climb of the Côte du Cap Blanc-Nez

An all-out attack from the man in yellow and his Jumbo-Visma teammates blew the race apart at the end of the 171.5km stage from Dunkerque to Calais. After compatriot Tiesj Benoot paved the way, Van Aert went over the summit of the final climb with a small gap over Danish teammate Jonas Vingegaard and Britain’s Adam Yates of Ineos Grenadiers – the only two riders who came close to matching the uphill kick of the yellow jersey on the Cote du Cap Blanc-Nez.

From there, Van Aert pushed on to open up an unassailable gap of 25 seconds as the teams of Jumbo-Visma’s GC rivals and the remaining sprinters grappled to regroup in his wake. But the chase was all in vain as 2 Van Aert held on for a sensational victory – even if Belgium’s Jasper Philipsen (Alpecin-Deceuninck) felt his sprint for second place had earned him a maiden Tour stage win when he led the splintered field home eight seconds in arrears.

Additionally, Van Aert also extended his lead in the green jersey standings by rising to 170 points – some 61 points clear of his nearest challenger, the Dutch debutant Jakobsen.

A a third consecutive breakaway for  Magnus Cort saw the EF Education-EasyPost rider extend his lead in the polka dot king of the mountains classificatio , while Cort’s fellow escape Anthony Perez (Cofidis) picked up the day’s combativity award after holding off the peloton until all hell broke loose on the final climb.

On a slow-burning day where the wind did not blow aggressively enough at the start to bring about the anticipated splits, two riders – Denmark’s Cort and Frenchman Perez – rode clear from the gun to build up a maximum lead of around seven minutes.

If six fourth-category climbs were on the menu it was only the first – the cobbled Cote de Cassel – where we had anything resembling a battle for polka dot points between the leaders. With the stage passing nearby to the headquarters of his Cofidis team, Perez attacked, but his efforts came to nothing when Cort calmly rode clear.

By winning the first seven classified climbs of one Tour, Cort equalled a 64-year-old record set by the Spanish climbing legend Federico Bahamontes. And soon the record belonged to Cort outright after he crested the summit of the Cote de Remilly-Wirquin ahead of Perez, who in turn took the spoils at the intermediate sprint at Lumbres.

This all played out after a bizarre segment between the first two climbs where an acceleration on the front of the chasing pack from Quick-Step saw the peloton momentarily split in two and the breakaway’s lead tumble to under four minutes.

Once order was restored, Cort went on to make it 11 climbs from 11 before finally sitting up and letting his companion ride clear with the peloton closing the gap to just over one minute ahead of the final 25km of racing. Tensions rose as the race approached the coastal road once again after the inland loop – and it was left to Jumbo-Visma to pull off their masterclass.

In a move that echoed the team’s emphatic team performance in Stage 1 of Paris-Nice this spring – when Laporte lead home a famous one-two-three ahead of Roglic and Van Aert – Jumbo-Visma combined with the Ineos Grenadiers team of Welshman Geraint Thomas to reel in Perez and snap the elastic in the peloton with 12km remaining.

Vingegaar was present alongside Benoot and Van Aert before the young Belgian executed his winning move.