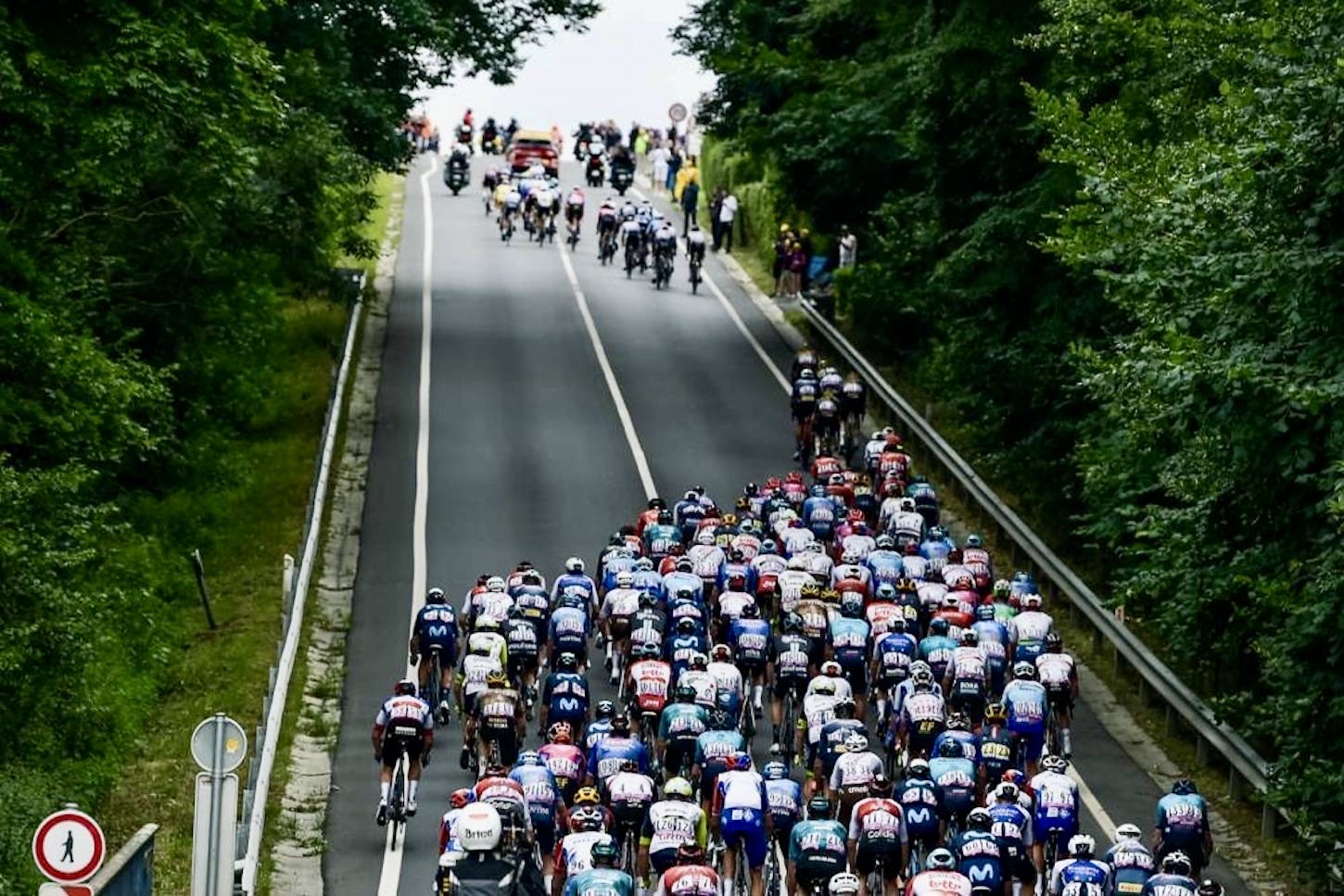 Tadej Pogačar (UAE Team Emirates) won stage 6 of the Tour de France in an uphill sprint today, and in doing so, took possession of the yellow jersey as well.

The Slovenian rider zipped clear of his rivals to win the uphill sprint at Longwy, wresting the yellow jersey from Wout van Aert (Jumbo-Visma, who valiantly defended his maillot jaune after closing down all the early moves before getting into the day’s three-man breakaway group.

Van Aert was the last man standing from the breakaway after Jakob Fuglsang (Israel-Premier Tech) and Quinn Simmons (Trek-Segafredo) were both jettisoned along the lumpy course towards the finish, with the Belgian rider himself ultimately getting reined in along the last of three categorized climbs with just over 10 kilometers remaining.

Pogačar’s UAE squad then came to the fore ahead of the finish, while Alexis Vuillermoz (TotalEnergies) was called to heel after a gutsy solo attempt on the final incline to the line.

Pogačar then responded to an early move from compatriot Primož Roglič (Jumbo-Visma) to open up a commanding lead on the home straight, giving the defending champion enough time to sit up and savor the moment as he coasted to victory, while Michael Matthews (BikeExchange-Jayco) settled for second place.