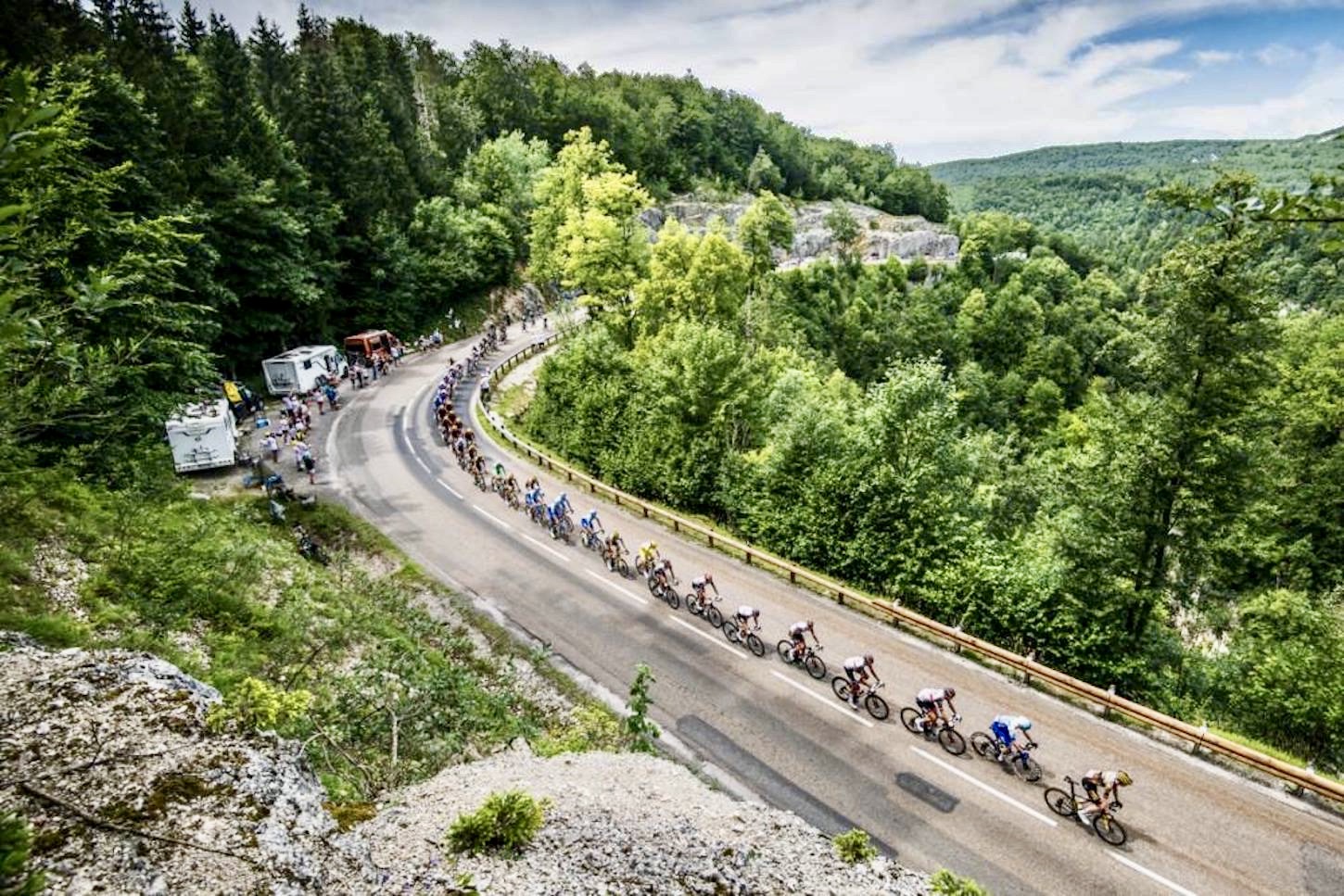 Wout van Aert (Jumbo-Visma) further secured his grip on the Green Jersey, after the Belgian rider claimed stage 8 of the Tour de France today, unleashing a spectacular sprint to beat Michael Matthews (BikeExchange-Jayco) in an uphill finish in Lausanne.

Still clinging to a three minute gap, a determine peloton continued to keep the escapees on a short leash, with Frison being the first to get reined in with 60 kilometers to go.

Cattaneo later gave up the ghost with 8 kilometers remaining, leaving Wright out front alone with a 30 second margin.

In the meantime, Pogačar sat poised as the peloton hit the final kilometer, subsequently reeling in Wright.

Bora-Hansgrohe tried to set the tone during the final 3 kilometers, but couldn’t force a decisive split as UAE Emirates and Jumbo-Visma held their wheels.

Rafal Majka decided to animate things with a slight acceleration, a move that was quickly marked by Pogačar, Matthews, Vingegaard and Van Aert, who all rode shoulder-to-shoulder, while Vlasov, Matthews, Thomas and Michael Woods (Israel-PremierTech) were just behind.

With 250 meters to go, the race really came alive, with Matthews exploding out of the peloton.

But, Van Aert was keen to mark his move, breezing past the Australian rider and Pogačar during the closing 50 meters to snatch the victory.