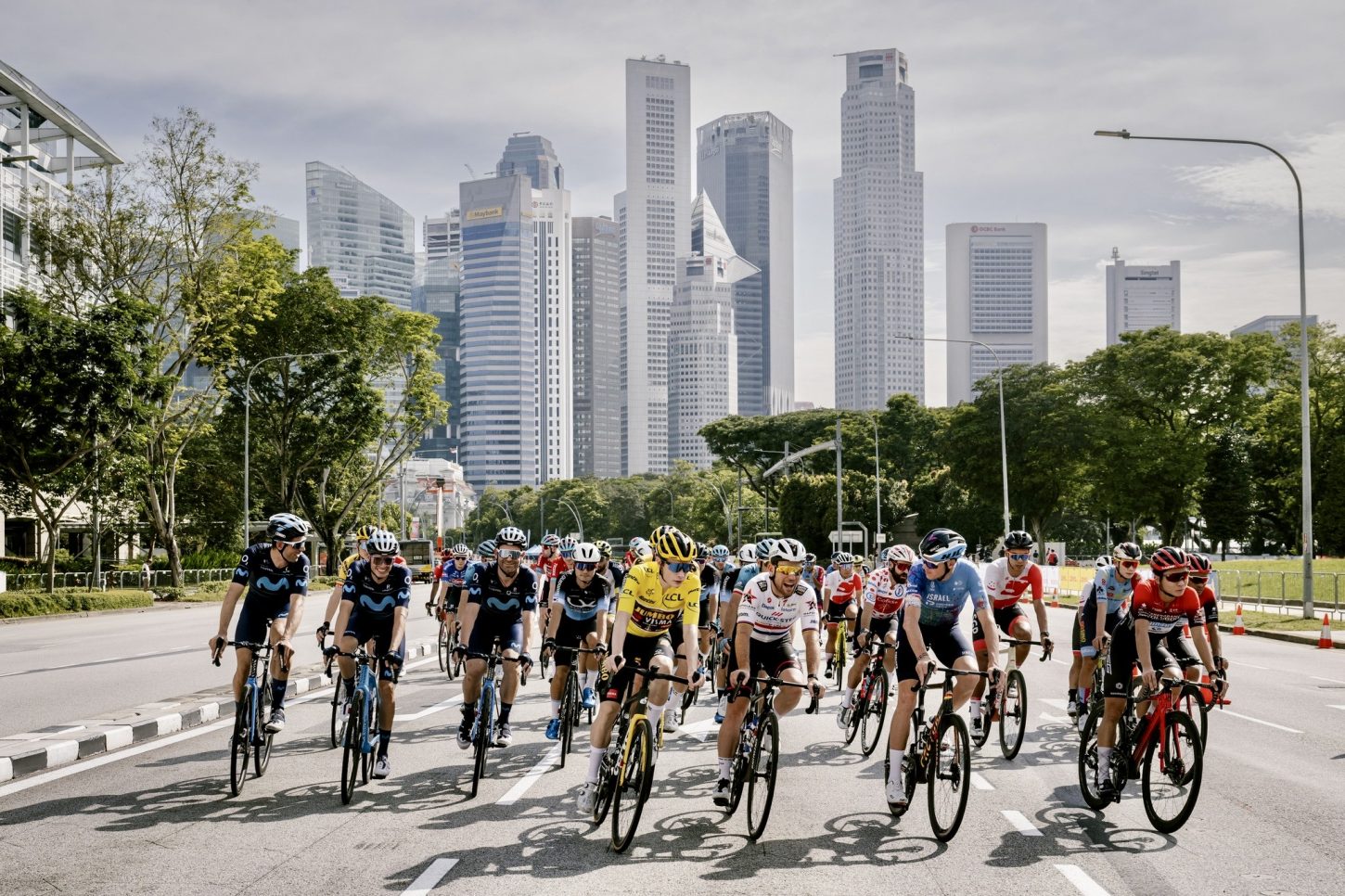 There were no mountains for climbing specialist Jonas Vingegaard to attack at the inaugural Tour de France Prudential Singapore Criterium, but that didn’t stop the Danish rider from claiming the title among a field of 44 cyclists today.

“It’s been a great season and great to take a victory in yellow here too. Every time you win in yellow is special,” said a jubilant Vingegaard

Today’s race was full of action, with riders tackling 20 laps around the 3.2 kilometer circuit in Marina Bay, averaging speeds close to 44kmh (27 mph).

With two laps to go, a group comprising Vingegaard, Froome, Nibali, Simon Geschke and Enric Mas rode clear, with the would-be winner leading the pack with 400 meters to go, before distancing his rivals in a dash to the line – seizing the day’s honors.

“In the end, it was a really hard race and luckily I was in the final breakaway; there were lots of different breakaways during the race. I thought it would’ve been a sprint in the end but luckily we got away and I was able to win,” said Vingegaard.

While Vingegaard was unbothered by the heat, Froome cited humidity as one of the biggest challenges of the race.

“I just tried to follow the best guys and Jonas when he went ahead… The heat was a big factor today, the humidity is something else. It feels like you’re riding on a turbo trainer because you’re just sweating so much and that made the race a lot harder,” remarked the British rider.

On his first visit to Singapore, Froome added the event had a “special atmosphere” and that it was nice to see that “people are so passionate about cycling”.