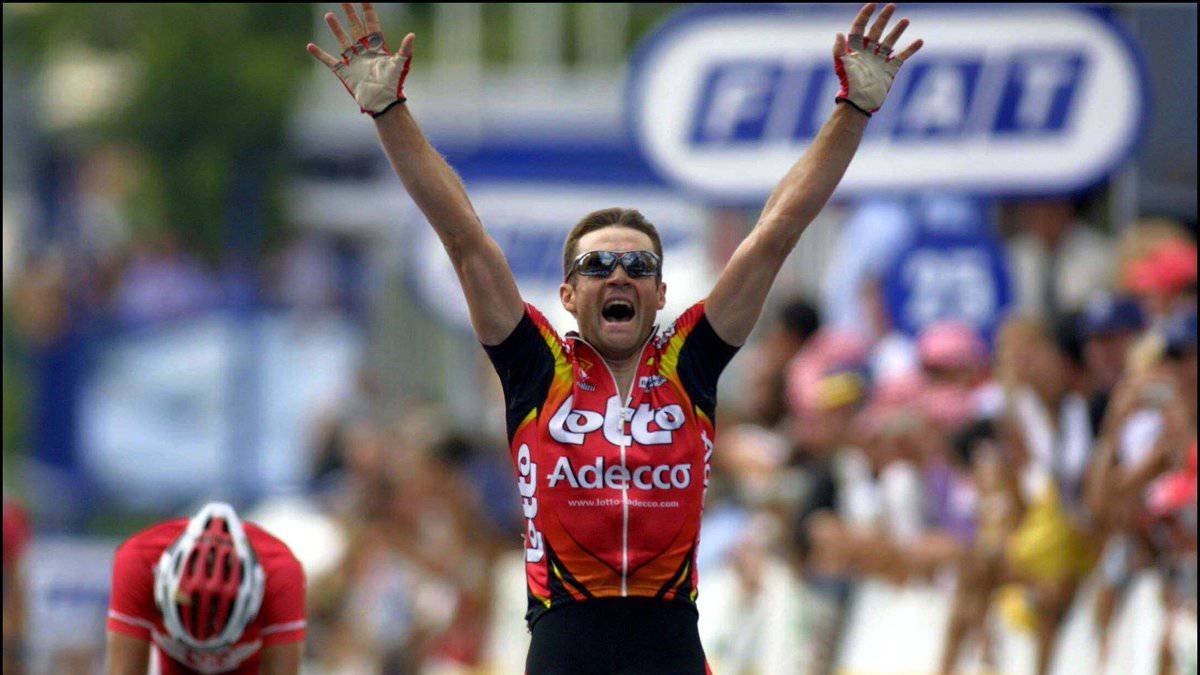 Baguet was diagnosed with the disease in late 2014 after feeling severe abdominal pain on a bike ride. He was taken to hospital for surgery on an inflamed diverticulum, with doctors removing a piece of his intestine and later discovering a malignant tumor.

Following a series of chemotherapy treatments,  Baguette’s recovery looked hopeful. However,  the Belgian ex-pro continued to remain cautious. “I try to remain hopeful, I’ve always been a fighter. Yet I live with fear every day,” he told Sporza at the time.

“They say you should try to check for colon cancer when you’re 55, I’m 45 and have paid the price.”

“If you feel something in your stomach or notice something strange in your stool, then get yourself checked immediately.”

Sadly, those fears ultimately came to reality when the disease returned in 2016.

Baguet turned pro in 1991 with the Lotto team, and raced with the Vlaanderens 2002 team in 1996, but he was becoming disillusioned and hung up the wheels for the first time and took a job as a roofer working for his father-in-law.

In the interim however, he continued to keep up his fitness, later making a comeback in 2000 with the Lotto team.

From there, Baguet went on to experience the best years of his career.

His crowning achievement came in the 2001 Tour de France, when  he won stage 17 to Montlucon after escaping from a three-man move that barely managed to stay outside the clutches of the peloton.

Later that year Baguet won the Druivenkoers Overijse and he also collected podiums in hilly one-day races such as the Amstel Gold Race and Trofeo Laigueglia. The other big success of his career came when he won the road race at the Belgian national championships in Saint-Hubert in 2005.

He switched to the Belgian Quick-Step team in 2006, and retired for good at the end of the 2007 season.

Baguet passed away at his home in Sint-Lievens-Houtem. He was 47.