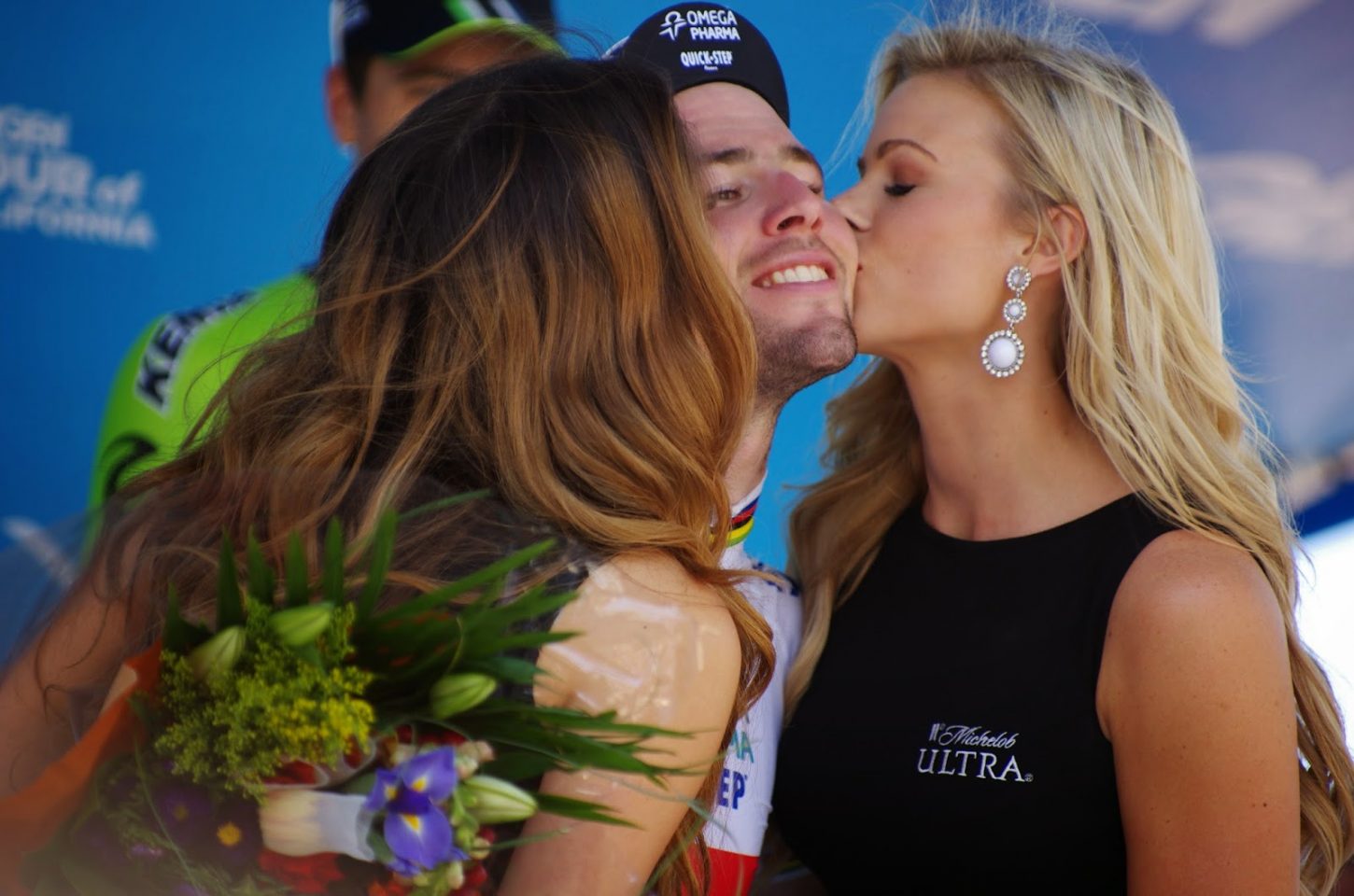 The great social citric and satirist H.L. Mencken was once quoted as saying, “I’m a male chauvinist and women love me for it”.

However, that sentiment doesn’t appear to be shared by organizers for the Tour de France, who announced this week, they have plans to phase out the use of podium girls.

Indeed, the decades-long tradition of attractive women showering race winners with jerseys and kisses at the end of each stage of the French Grand Tour will come to an end this season, following mounting criticism that the practice is sexist.

This step follows a similar decision made by organizers during last year’s Vuelta a España, wherein podium girls were eliminated in favor of race officials handing out awards.

The issue was highlighted in 2013, when Peter Sagan pinched the backside of a podium girl while she was kissing the winner Fabian Cancellara.

Further controversy occurred surrounding an incident 2015, when the E3 Harelbeke annual road race in Belgium created a poster that explicitly made light of Sagan’s so-called “pinch”.

Additionally, Belgian rider Jan Bakelants was forced to apologize after making disparaging comments about the podium girls lat season. When asked what items he would pack in his suitcase for his free time, Bakelants replied, “definitely a packet of condoms. You never know where those podium hostesses are hanging out.”

Last month, the Flanders Classic announced it would no longer use podium girls, also known as “flower girls”.