Caleb Ewan (ORICA-GreenEDGE) repeated his stage win performance from yesterday, and was also able to pull on the yellow race leader’s jersey for the first time.

Despite the on-paper profile of today’s 99km circuit race (comprised of six 16.5km laps) featuring only one modest KOM climb (2km in length at 5.3% gradient) per lap, the on-road reality was far from modest.

“We knew (the Iranians) were always going to be really aggressive today” said Ewan, obviously aware of the reputations of riders from Iran’s Tabriz Petrochemical Team and Pishgaman Giant Team as ferocious climbers. “It was obviously a pretty hard course and the team just rode so perfectly. We used Jens (Mouris) and Heppie (Michael Hepburn) to start with and they were just so strong and really neutralised all the attacks. I think it made those guys think twice about attacking so they (Ewan’s teammates) could ride a little bit easier on the climb for me. Obviously we knew in the last two laps we probably wouldn’t be able to control it that much, because the guys that aren’t sprinters obviously had to go around them.”

“The last two laps were really hard” reflected Ewan further. “I thought there were only maybe Mitch (Docker) and I left on the last climb, but the whole team came back together. it was super impressive by them and it made my job a lot easier in the end having almost the whole team there. I knew the main climb was going to be hard but I didn’t expect the two climbs beforehand to be as tough – it really takes it out of you (and) when they really go hard on the last climb it really, really, hurts. I found a little bit extra in the last few laps and I was right up there with all the moves so I was pretty happy with how I was climbing today. It’s always nice leading a race; as a sprinter you don’t get to lead races that often so it’s always nice to put on yellow.”

Yamamoto led Gong and Beykkhormizi through the first of the day’s two KOM climbs towards the end of lap two, while Pishgaman’s breakaway representative took control at the intermediate sprint, which also marked the race’s halfway point. By the close of the fourth lap, the lead group’s advantage was cut down to a little over one minute, thanks to a concerted effort from ORICA-GreenEDGE, Drapac Pro Cycling and Avanti Racing Team riders. With the main field closing quickly, the breakaway scrambled for remaining KOM points on lap five. Honours went to Beykkhormizi, taking the Iranian up to fifth in the overall KOM classification.

On the final climb of the last lap – with the lead group by now reduced to three riders – the back of the speeding peloton temporarily broke, as a group containing thirty riders split off the front. Once on the descent, all riders previously in the main field regrouped, cruelly reeling in the escapees five kilometres from the finish. In what threatens to become a theme this week, a superbly well-drilled ORICA-GreenEDGE leadout delivered a scorching-hot Ewan to a gaping victory over Avanti’s Patrick Bevin and Drapac’s Bernard Sulzberger. The yellow jersey, of which Ewan claimed pre-race he “hadn’t really thought about a whole lot”, may not be so easily removed from his shoulders.

Second-placed Bevin, who has already won stages at the Herald Sun Tour and Tour de Taiwan this year, admitted Ewan was “faster, much faster” today. However, because he and his team were well-briefed on the difficult course – thanks to a night-time video recce by team manager Andrew Christie Johnston – the solid Kiwi was able to ration out his self-described good form when it mattered in order to save his legs for the bunch kick.

“We knew well and truly what we were in for. I was pretty excited. At the end of the day, it wasn’t hard enough to break (the field). The last couple of laps were very hard over the climb; the last lap I’m trying to hit it over the top to get a group away, but a team like ORICA-GreenEDGE are too organised. They don’t panic, they get five of them, or even the full six, together and just ride it back down – you’re not going to ride away from that so then you’ve got to get back in, sharpen your elbows and get ready to sprint. Second is still a solid result and we certainly hit the race pretty hard for those last two and a half laps, trying to ignite it and see how we could break it up.

The thing about (Avanti Racing Team) is we’re very versatile. We’ll get over the climbs really well and we have options. (The sprint train) certainly needs some moulding. It’s so hard to go up against drilled outfits but it’s day three of us racing together. It is something we’ll look to keep building – that’s the main thing – and to keep using that versatility and those options, which is going to provide fruit as we go on.”

The 207km fourth stage from Muju to Yeosu is the race’s longest and hilliest, topping out at 550m in elevation. The stage commences at 09:30KST (00:30GMT) and is expected to conclude five hours later. The two Iranian teams are sure to want to put on a show, whilst Park Sungbaek and his compatriots are also overdue for exposure off the front. I prime stage for a long breakaway, which unfortunately won’t have history on its side. 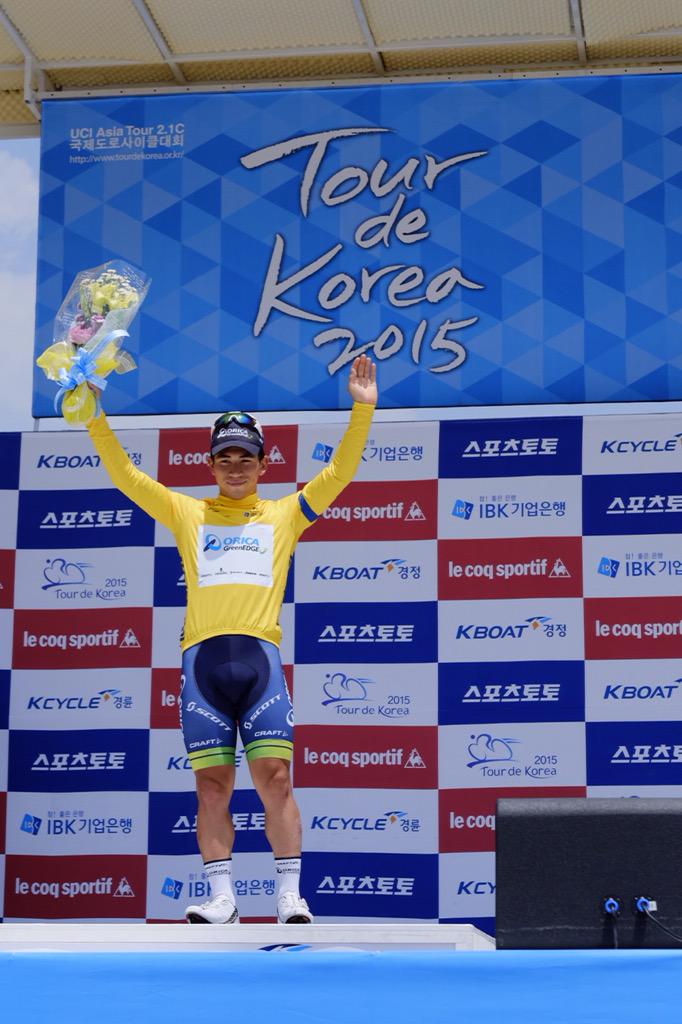