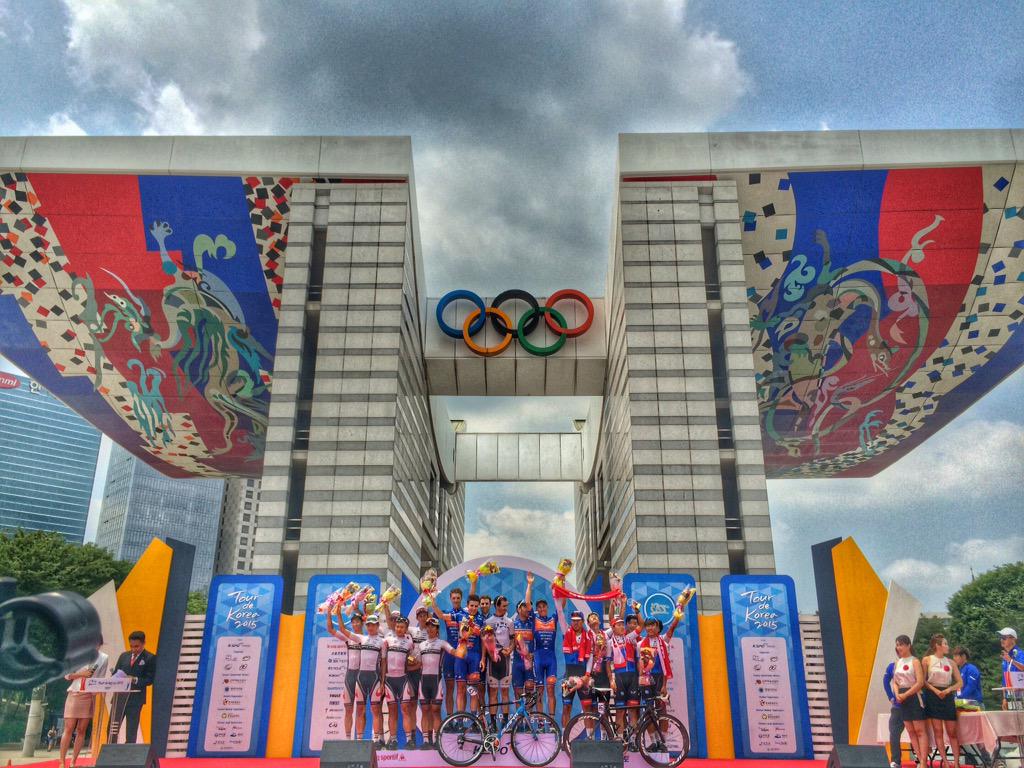 Despite suffering a brief setback with a mechanical issue inside the last 25km of today’s final Tour de Korea stage, 20 year-old Caleb Ewan held his composure to win the last intermediate sprint and effectively sew-up overall victory with the newly-secured time bonus. Having begun the compact stage with an eight-second General Classification lead over New Zealander Patrick Bevin (Avanti Racing Team), the time bonus guaranteed the Aussie’s first overall victory in a UCI stage race. Ewan’s Korean-born mother Kassandra and Australian father Mark were present to witness the final chapter of a story that has captured the imagination of cycling fans across the Asia-Pacific region.

“The team wanted me to get at least one stage win so to come away with four and also the Young Rider, GC and Sprint classifications is a massive bonus,” said Ewan post-race, following multiple return visits to the stage to be presented with all three leader’s jerseys. “It was a nice surprise having (my parents) here, and I’m glad I could pull off the overall for them – it’s really nice.”

“The main thing was I got to work with the guys and we really got to work on our lead-out. That was the main goal coming here ? to really gel with the team, and they were awesome this week. I’m still a fan of cycling, so to have the ORICA-GreenEDGE team riding in front of me, helping me win these races, is really special. I’d still like to get a few more wins and hopefully bigger wins.”

The out-and-back final stage – commencing in Seoul’s Olympic Park – criss-crossed the city’s famous Han River before heading east back to Olympic Park for four laps of a 5km circuit. Though only 65km in length, the course still contained more than enough variables to guarantee a nail-biting race up to the very end. Two intermediate sprints (at 44.6km and 54.8km, respectively) offered three seconds of time bonuses apiece, while the final sprint promised a 10″ time bonus for the stage winner.

Splitting off from the peloton within the first 20 minutes of racing, a group consisting of Travis Meyer (Drapac Pro Cycling), Lee Kisuk (Seoul Cycling Team), Seo Joonyong (KSPO) and Kohei Uchima (Bridgestone Anchor Cycling) gradually established a maximum lead of 1’30”. ORICA-GreenEDGE and Avanti Racing Team seemed content for the four-man break to pass through the first intermediate sprint – won by Lee – and sweep up the time bonuses.

While the break was up the road contesting the first intermediate sprint, Ewan was forced to change to a spare bike but, thanks to the efforts of three teammates, he quickly bridged back to the peloton, which by now had clawed back the lead group’s advantage to 30″.

Remarkably, Ewan seemed re-energised by the effort to rejoin the peloton and he threw down a challenge to all-comers at the last intermediate sprint, quite easily winning with teammate Adam Blythe on his wheel. Avanti’s Bevin took third and, with that, Ewan had now stretched his GC advantage over the Kiwi sprinter to ten seconds. Even if Bevin were to win the final sprint to equal Ewan on time, UCI regulations would award the overall win to the rider with the most stage wins – who in this case, would be Ewan, with four stage wins in this year’s race.

“I was hoping the break would stay away,” said ORICA-GreenEDGE Sports Director Davie McPartland, moments after his young charge sprinted through the finishing line for the last time. “When it came back I thought ‘right, we’ve still got the fastest sprinter in the race, keep it simple’, but it’s easier if we don’t have to worry about that and just go for the final (sprint). I was relieved after the second (sprint), especially after (Adam) Blythe took second place. It was perfect.

(Ewan) will be fought over from a lot of (ProTour) teams in the coming years; we’ve just got to look after him while we’ve got him and hopefully he’ll keep progressing like he has. It’s been a real smooth progression from the Under-23’s to the ProTour so far.” 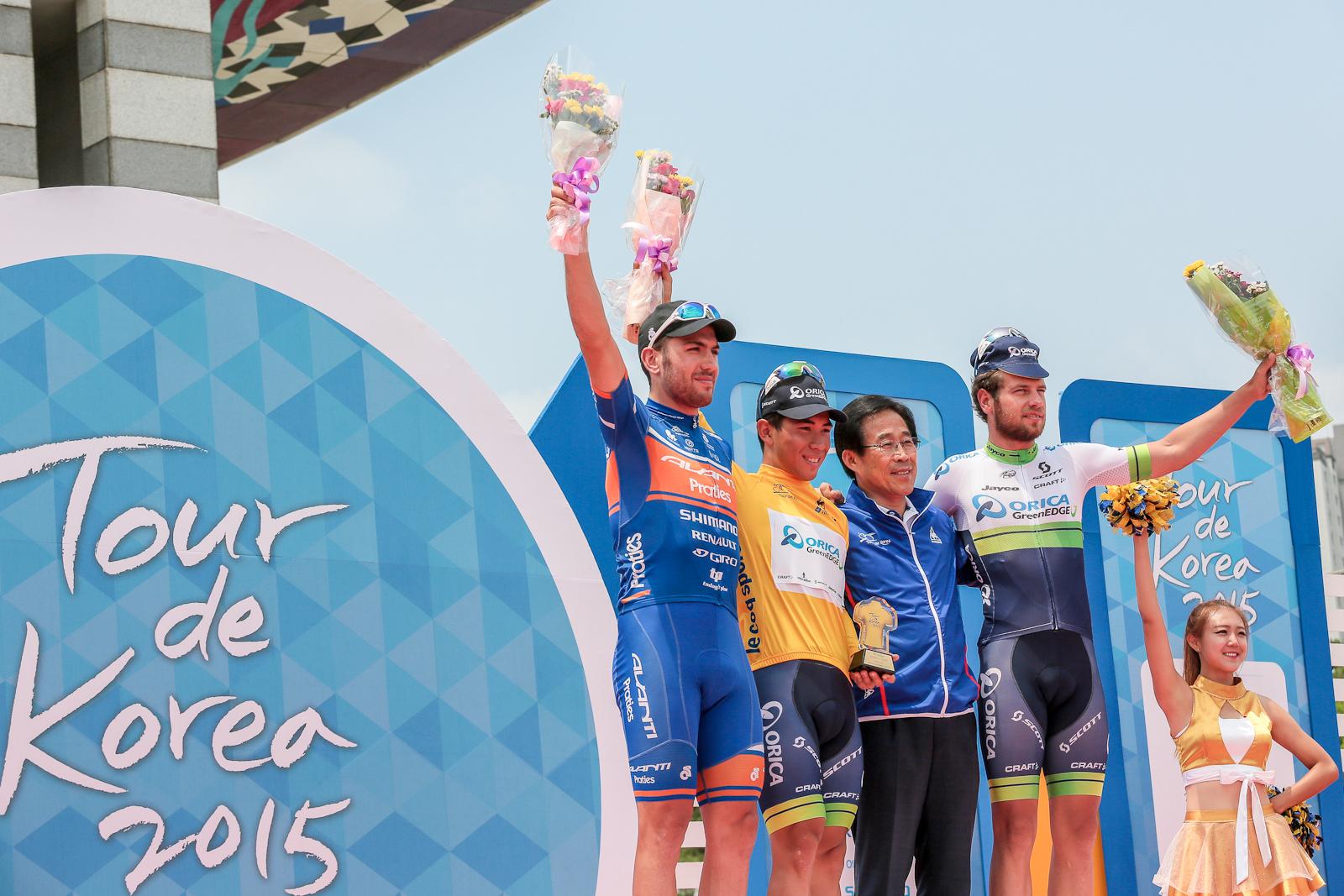