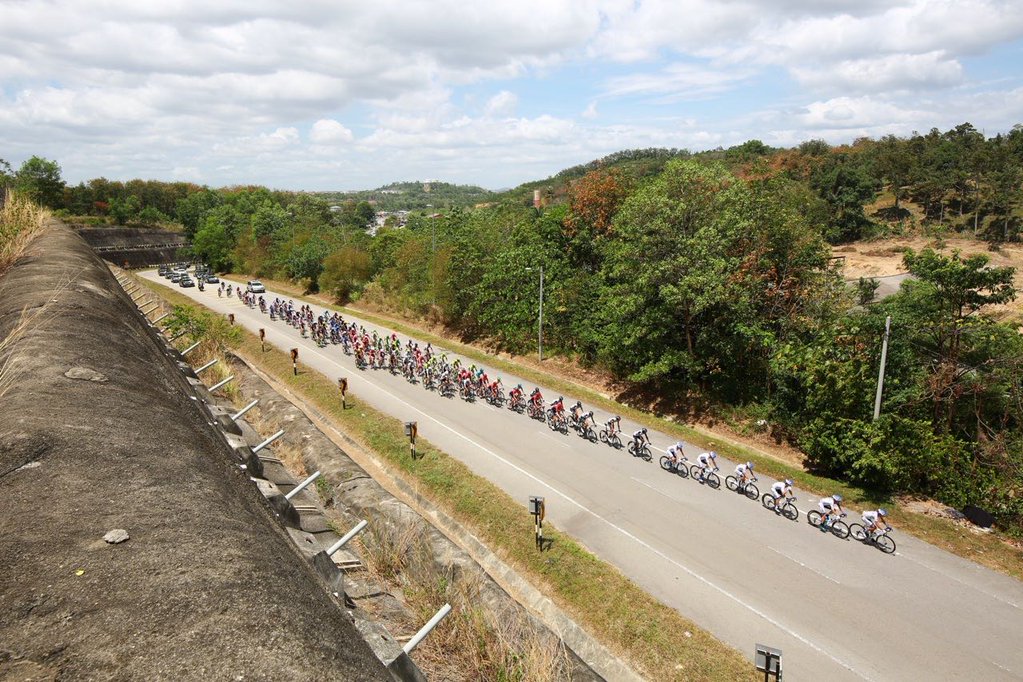 “There were more king of the mountains primes than usual [four]. It was difficult to hold my place but my teammates kept me in the main group,” Mareczko said afterwards. “In the last few corners to the finish, I stayed in the first three so I was in the right position for sprinting.”

From there, the escapees went on to establish a maximum lead of almost two and a half minutes over the peloton.

However, by 68 kilometer mark, the heat and humidity had taken its toll on the breakaway group, leaving just Maestri and Gong out front.

Gogl, along with Moreno Amezqueta (Southeast-Venezuela), Adrien Niyonshuti (Dimension Data), and Tanner Putt (UnitedHealthcare Pro Cycling), would later bridge their way to the lead duo – only to be swept backup by the peloton as they approached the final climb of the day.

George Harper (ONE Pro Cycling) led the race over the summit, but he was quickly reeled back in during the final 6 kilometers.

Not long after, race leader, Miguel Lopez (Astana), suffered a broken wheel, sidelining his hopes of contesting the sprint.

In the meantime, heading into the last few hundred meters, Mareczko emerged from the chaos of a final sharp u-turn – to seize the bunch sprint.