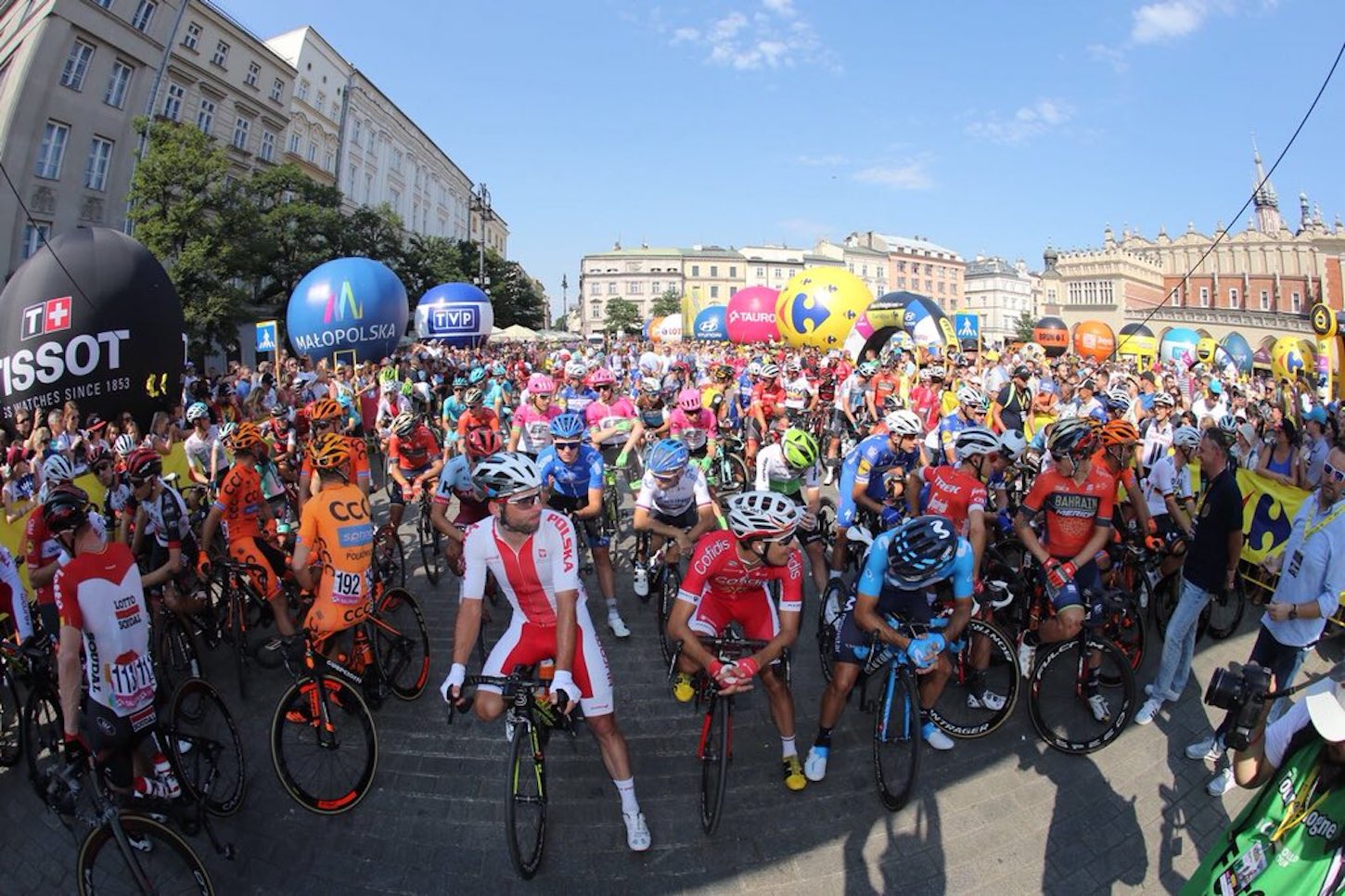 “I’m very happy with this victory. After the National Championship and the Prudential Ride London I’ve managed to score another important win. I feel like I’m in really good shape, today everything went off without a hitch and I have to thank the entire team for the great job they did, setting me up to pull off a fantastic sprint. Now the goal is to try and do well in the next two stages, which are suited to my skills; I will try to defend this yellow jersey and then we’ll see,” said Ackermann.

“The Tour de Pologne is the second World Tour race where I got to sprint for the team and today I had a good opportunity to take another win, but Pascal was just stronger. I am content with my form and very happy to see the fantastic support of my teammates, to whom I want to say thank you for their amazing work. It’s never a pleasant feeling when you finish second, but there will be other chances and I remain confident,” said Hodeg.

“I’m quite happy, this is my best result of the season; but beyond that, what is really important is that things are going well. After my injury at the Roubaix I was away from the races for quite some time. Now I feel like my conditioning is getting better and days like today give me confidence and boost morale. I came here to Poland because this is an important race with the necessary prerequisites to do a good job and make it back to the top. The goal is to do well here and come away from this race in the best way possible, because the Tour de Pologne finishes on August 10, and on the 12th I will be right back at it, racing with the Italian National team in the European Championships in Glasgow, Scotland”, said Trentin.

“Today I wanted to make it into the break. The aim was to capture the first jersey for the mountain grand prix, and I did so. Furthermore, there was also the victory at the important prime in Lanckorona, so I dare say that there couldn’t have been a better beginning in the Tour de Pologne for me and my team. It means a lot to us to do well in this edition and obviously every day we are going to try to stand out and achieve the maximum results,” said Paluta.

From there, the escapees went on to establish a maximum advantage of 3:30 over the peloton.

However, attrition took its toll on the quartet, leaving Rossetto the last rider to get caught with 10 kilometers to go.

But their efforts were not in vein, as Paluta earned himself the first magenta climber’s jersey, while De Marchi claimed the blue jersey for the  most active rider.

With the peloton back together, Sylvain Dillier (AG2R La Mondiale) managed to ride clear in a bid for lone glory

But, Bora-Hansgrohe and LottoNL-Jumbo were having none of it, and as the peloton made its way around the last corner with 900 meters to go,  Ackerman proved to be the strongest rider in a final surge for the line.