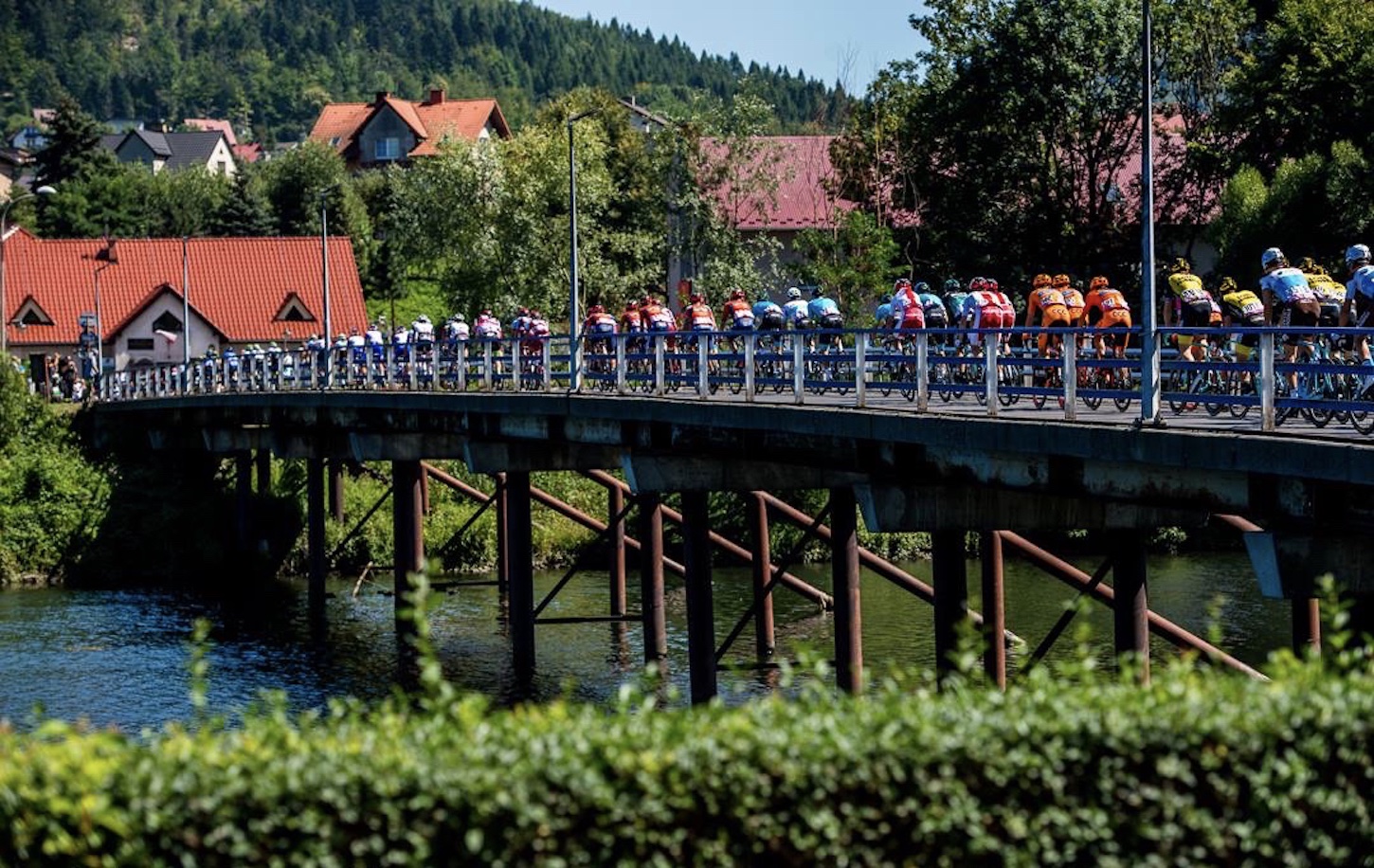 With less than a kilometer to go, Groupama-FDJ tried to surprise the lead group during the final uphill drag tp the finish, but the Polish rider was perfectly delivered into position by his team to seize the stage honors.

In the meantime, Ackermann tried to latch onto Kwiatkowski’s wheel during the uphill finish, but he was ultimately passed by both Teuns and Battaglin.

Kwiatkowski now has a 12-second advantage over Teuns in the overall classification with George Bennett (LottoNL-Jumbo) maintaining his third place in the overall standings – 20 seconds back.

However, a vigilant peloton never allowed the escapee’s advantage to exceed a little more than two minutes.

With roughly 25 kilometers to go, a majority of the escapees accepted their fate and fell back into the peloton, while Zielinski, Tratnik and Le Turnier gave it one last dig.

The trio would hold on until the start of the finishing circuits, but would be brought back just before the second of four crossings of the finish line.

The catch would signal more attacks from the peloton but Mitchelton-Scott would not let anything get away, maintaining a furious pace with Michael Albasini on the front. With the race entering its final lap, Bahrain-Merida shared some of the duties, along with Bora-Hansgrohe, who were keen to add their third victory of the race so far. Team Sky eventually came back to the front but it was Astana that would lead the bunch under the flamme rouge and into the final kilometre.

Sensing an opportunity, one of the Groupama-FDJ riders would strike out in sight of the line but he could not hold off the baying pack behind. As his teammates peeled off, Kwiatkowski was left with a clear road ahead of him and he launched his sprint. Ackermann and then Teuns tried to catch him, but he had just enough to claim the victory.