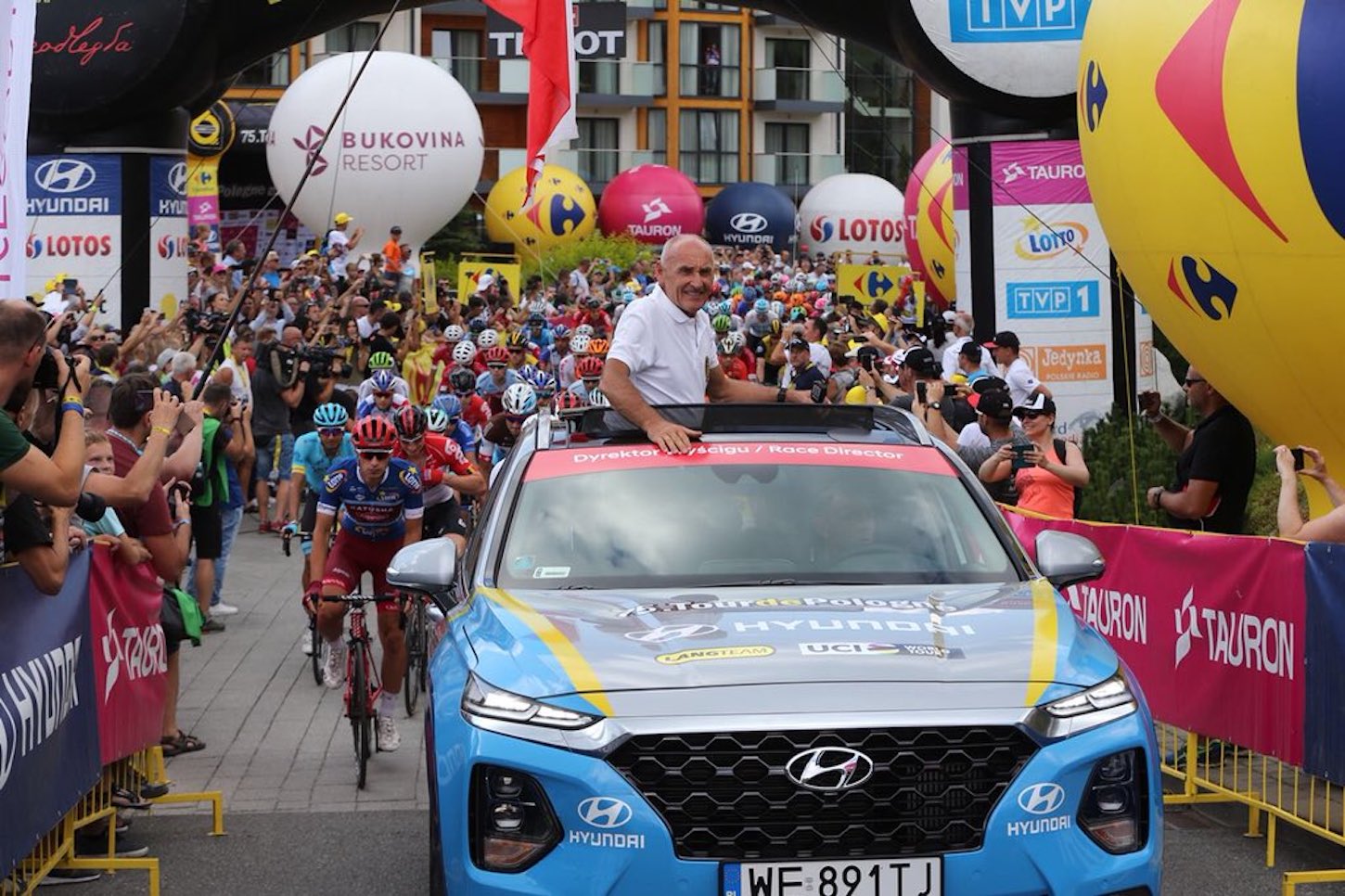 Simon Yates won the 7th and final stage of the Tour de Pologne today, after the Mitchelton-Scott rider attacked on the penultimate climb, putting race leader Michal Kwiatkowski (Team Sky) under intense pressure to stay on terms with the British rider and hang onto the overall title.

Indeed, a late comeback from Kwiatkowski ultimately secured the race victory by a mere 15-seconds for the Polish rider, while Thibaut Pinot (Groupama-FDJ) claimed the last spot on the final  podium after time bonuses pushed George Bennett (LottoNl-Jumbo) into fourth place.

The peloton under the auspices of Team Sky set about controlling an early 18-rider breakaway group along the 136 kilometer stage from Bukovina Resort to Bukowina Tatrzanska, which featured numerous sections of gravel roads.

Yates began the stage 39-seconds behind Kwiatkowski, before attacking with 10 kilometers to go.

At one point, Yates became the virtual race leader with a 35-second advantage over his Team Sky rival, who ultimately recovered to finish only 14 seconds down.

Despite securing 10 bonus seconds with his victory, Yates missed-out on wresting the yellow jersey from Kwiatkowski by 15-seconds.