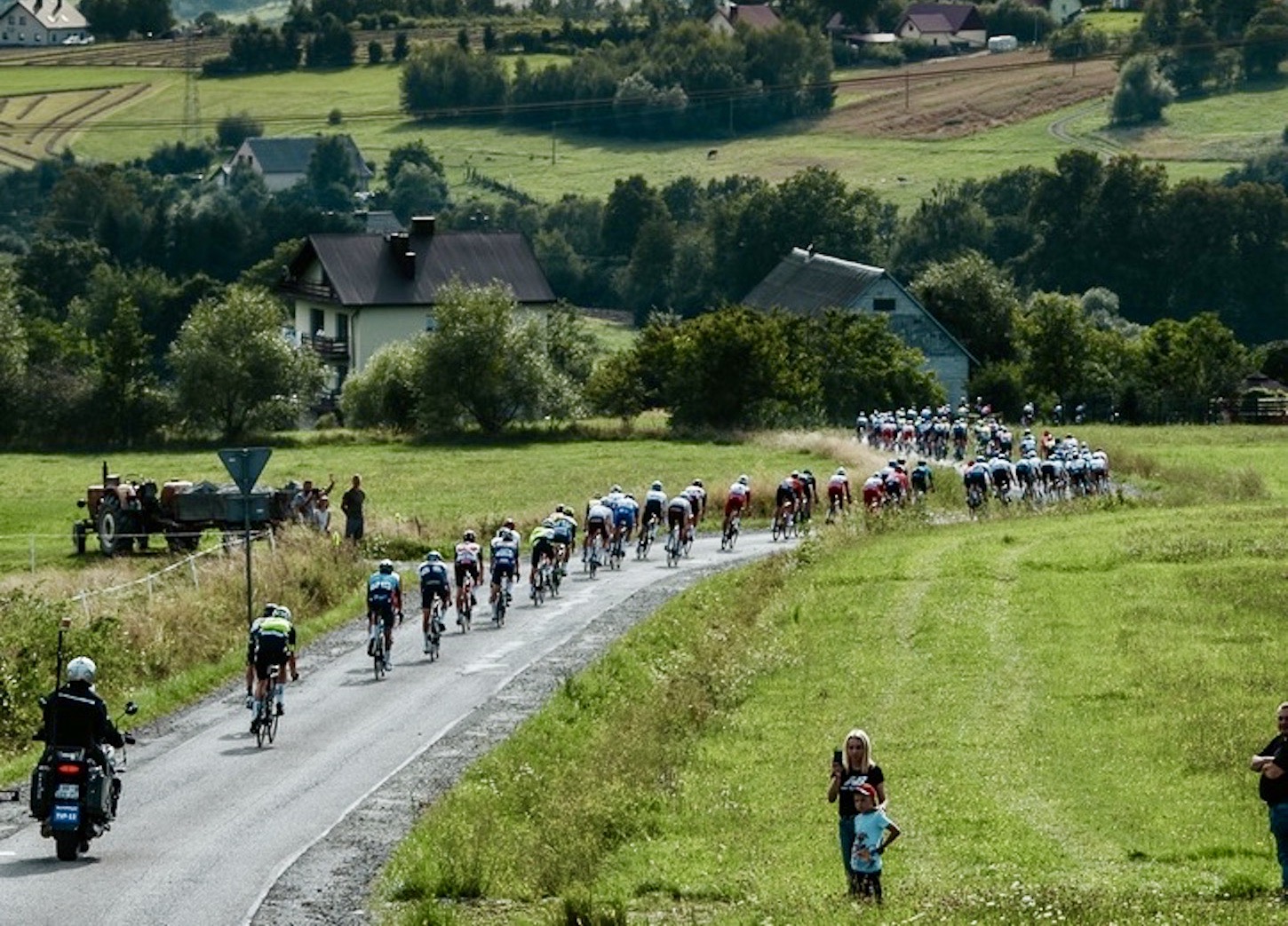 João Almeida (Deceuninck-QuickStep) scored a second victory in this year’s Tour de Pologne, after the Portuguese rider sprung from the wheel of Matej Mohoric (Bahrain Victorious) to claim stage 4 at the Bukovina Resort, while Andrea Vendrame (AG2R Citroën) rounded out the podium in third.

As a result, Almeida increased his lead in the overall classification to eight seconds ahead of Mohoric and 14 seconds ahead of Diego Ulissi (UAE Team Emirates) as the race heads into tomorrow’s 172.8 kilometer stage from Chochołów to Bielsko-Biała.

The peloton was successful at reeling the remaining riders of the day’s breakaway group, as the race headed toward the finish at the Bukovina Resort.

Remi Cavagna (Deceuninck-QuickStep) set a fast pace on the early slopes of the final climb, which saw the French rider and his teammate Mikkel Honoré slip away, while Almeida sat back protected in the field.

Honoré continued on alone as Cavagna dropped back to the field, while UAE Team Emirates set a fast pace from behind, thinning out the field, as they tried to catch the lone escapee.

With 2 kilometers remaining, Honoré was still clinging to a small gap of about 10-seconds, as UAE, Intermarché-Wanty-Gobert Matériaux, Ineos Grenadiers and Lotto Soudal continued to lead the chase along the final ascent.

Honoré desperately tried to hold onto a sliver of a gap inside the final 500 meters, while Almeida came to the front of the field just in case his teammate was caught.

From there, Mohoric launched an early sprint, passing Honoré. But, Almeida proved strongest as he came around his Slovenian rival with a final surge to claim the stage honors.