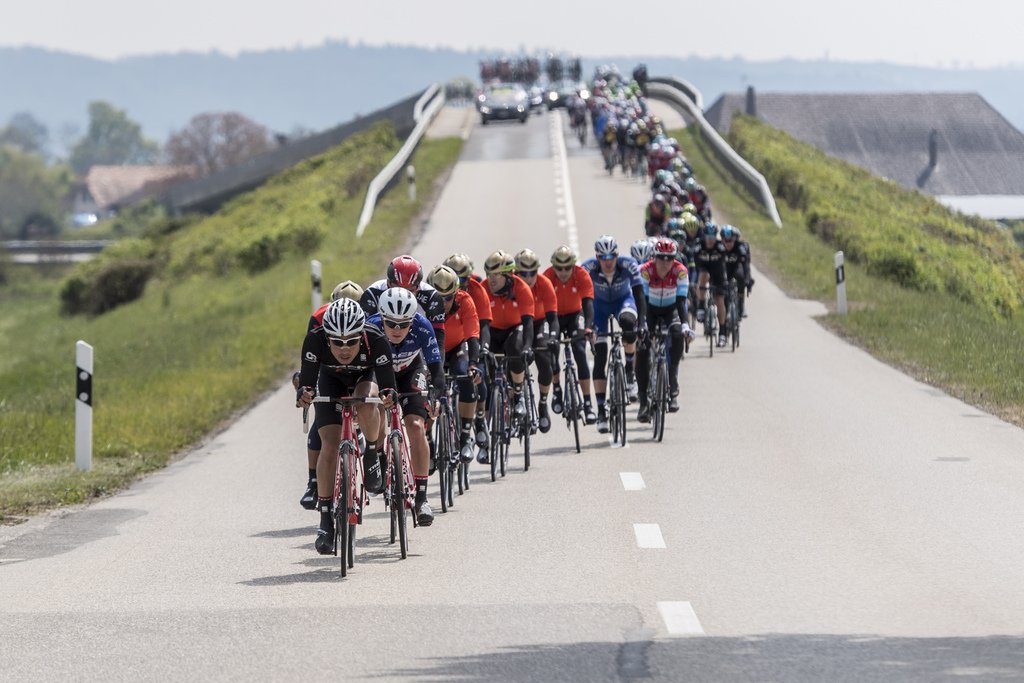 The Italian rider was launched into a winning position in Payerne, after Team Sky hit the front with numbers heading into the final kilometers.

Chris Froome put in a big turn heading under the flamme rouge before Gianni Moscon and Owain Doull put the sprinter into perfect position.

Viviani didn’t panic as Alexander Edmondson (Orica-Scott) jumped early, and had enough strength in reserve to overcome his rival, and hold off Sonny Colbrelli (Bahrain Merida) at the line.

After the stage Viviani said, “I’m really happy and I need to thank the whole team. It’s exciting to have Froomey doing a lead-out with one kilometre to go. It’s not normal, but when you are in a team like ours it’s amazing when the whole team work for you and believe in you.

“It’s been a long time since I last won, dating back to De Panne last season – over a year ago. That’s not easy for a sprinter! And this year after six second places, finally here in Romandie I got this big win.

“Today the whole team were incredible, from Pete and (Ian) Boswell working at the front early, Kiry, Lopez, Gianni and Owain Doull doing a perfect lead-out. Froomey didn’t want to lose any time on the stage but he said he was quite happy to do a lead-out for me.”

From there, the escapees went on to establish an advantage of three minutes over the peloton.

De Gendt easily claimed the KOM points during the first categorized climbs to protect the climber’s jersey of teammate Sander Armee, and repeated his performance again on the Grandsivaz climb with 62 kilometers to go.

However, Stalnov was distanced at that point, leaving six men up front.

The peloton seemed content to let the breakaway group remain out front, as the race made its way around Payerne, while Trek-Segafredo and Bahrain-Merida continued to do the bulk of the work at the front.

The race eventually came back together with 36 kilometers to go.

But, with hour still left of racing, it was too early for any one team to control the peloton, as attacks came from all angles along the rolling terrain toward the finish.

At one point, Cannondale-Drapac’s Simon Clarke animated things a bit, after the Australian rider managed to ride clear during the last 30 kilometers – only to be joined by Sebastien Reichenbach (FDJ), Arnaud Courteille (FDJ) and Tosh Van der Sande (Lotto Soudal).

Jungels attacked over the top of the climb with 25 kilometers to go, but his move proved futile.

Soon after, Dowsett initiated a solo attack, quickly opening up 30-second gap for himself.

Yet, a determined peloton eventually reined in the British rider with three kilometers to go.

Bora-Hansgrohe thought it was their day to claim victory, and decided to lead out the sprint.

However, Team Sky and Viviani ultimately came around the German team during the final kilometer to seize the stage honors.