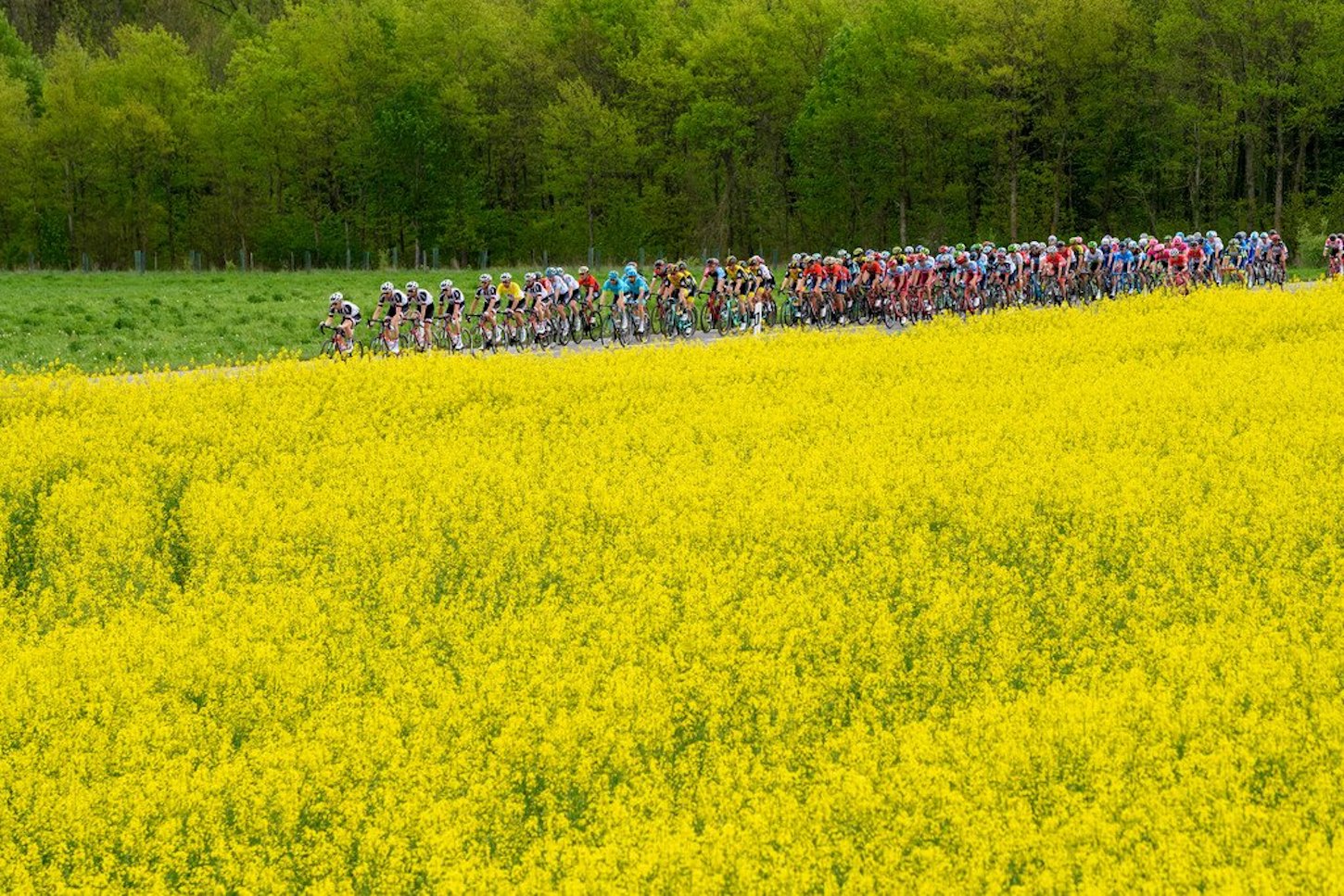 A small breakaway group of five riders got underway early-on in today’s stage, subsequently opening up a small advantage of 2:40 after reaching the summit of the first of two categorized climbs.

From there, the gap went out to over seven minutes as the road rolled over a series of short climbs before descending towards the bottom of the Col des Etroits, a 5.6km category two climb with pitches of up to 9% in places.

The peloton was forced to pick up the pace at the foot of the climb but, despite this increase, the three remaining leaders were still more than five minutes ahead as they crossed the line to start the final 34.3km lap around Yverdon-les-Bains.

Kilian Frankiny was helping to drive the chase heading into the final 25km of the day with Nathan Brown (EF Education First-Drapac p/b Cannondale) and De Gendt, who both threatened the status quo on the General Classification, holding onto their advantage.

De Gendt soon went solo and with a lead of 3’30” going past the 10km to go mark, the stage win was all but wrapped up while behind, BMC Racing Team continued to sit well-positioned in the first half of the peloton.

In the end, the main bunch crossed the line just over two minutes behind De Gendt with Danilo Wyss, who was racing on his home roads, crossing the line as BMC Racing Team’s best-placed rider.

After coming under pressure during the stage, Primož Roglič was able to retain the yellow jersey with Dennis still sitting second on the same time as the Team LottoNL-Jumbo rider.