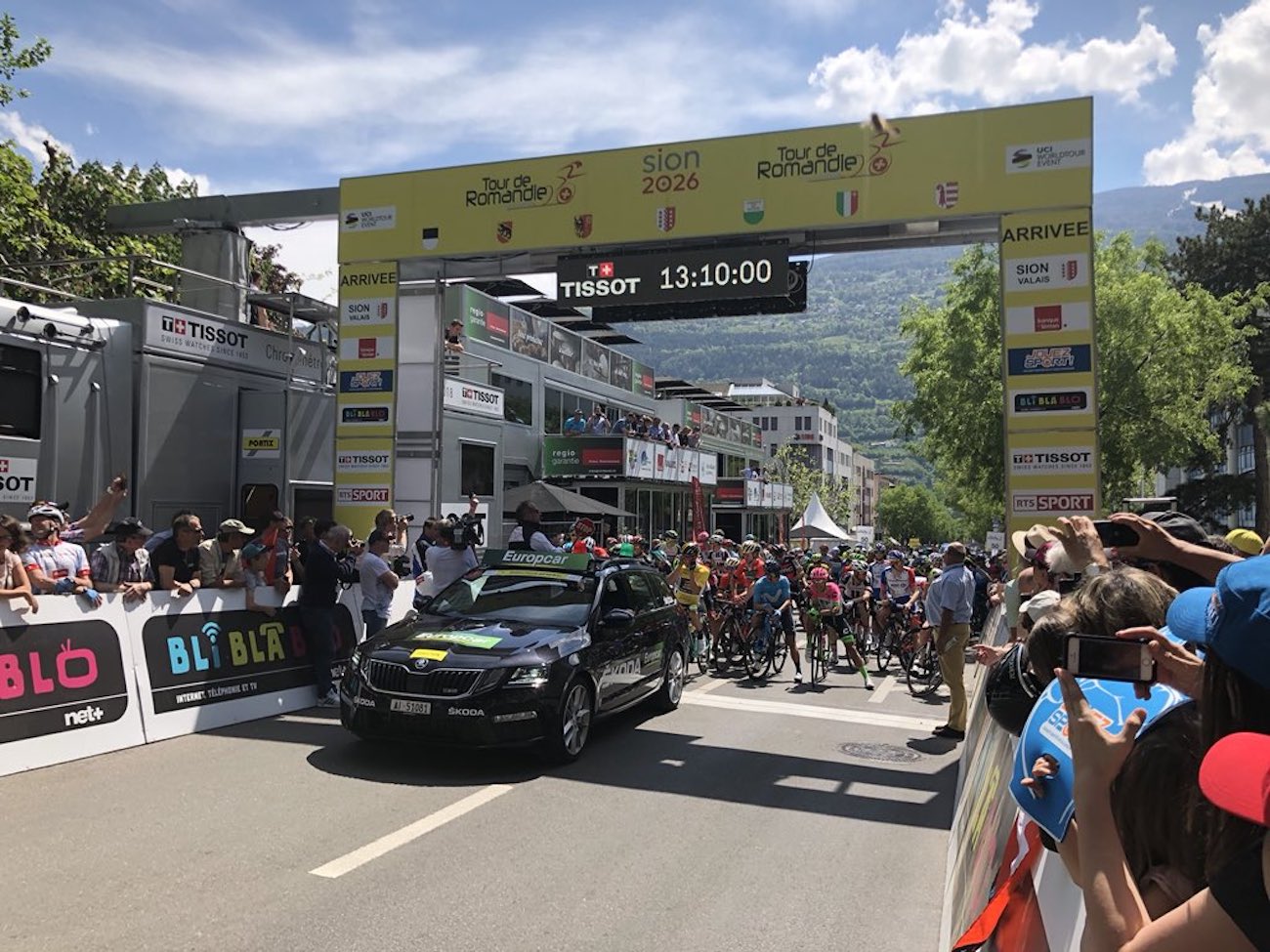 Meanwhile, Primoz Roglic (LottoNL-Jumbo) beat Egan Bernal (Team Sky) in the sprint for second place, some 47 seconds behind Fuglsang, to extend his lead in the general classification.

However, with around 60 kilometers to go, Daniel Martinez (EF Education First), Ion Izaguirre (Bahrain-Merida) and Emanuel Buchmann (Bora-hansgrohe) managed to bridge their way to the escapees and carve out a minute advantage over the chase.

Nevertheless, the peloton was able to keep their gap under control, while Egan Bernal (Sky) proceeded to launch an attack that was closely followed by race leader Primoz Roglic (LottoNL-Jumbo).

The duo soon caught some of the remnants of the original breakaway group who had already jettisoned Izagirre and Carthy.

A few kilometers later, the duo decided to launch a subsequent attack, which saw them rein the two remaining escapees Buchmann and Nieve.

Additional riders Richie Porte (BMC) and Steven Kruijswijk (LottoNL-Jumbo) later joined the leaders as well, while the rest of the peloton struggled along the final steep climb.

With under 30 kilometers to go, Bernal and Roglic found themselves out front alone. But, the two leaders were quickly joined on the descent by Porte, Fuglsang and Rui Costa (UAE Team Emirates).

However, with 16 kilometers remaining, Fuglsang attacked from the front group and managed to create a gap of more than half a minute that proved insurmountable for the chase.