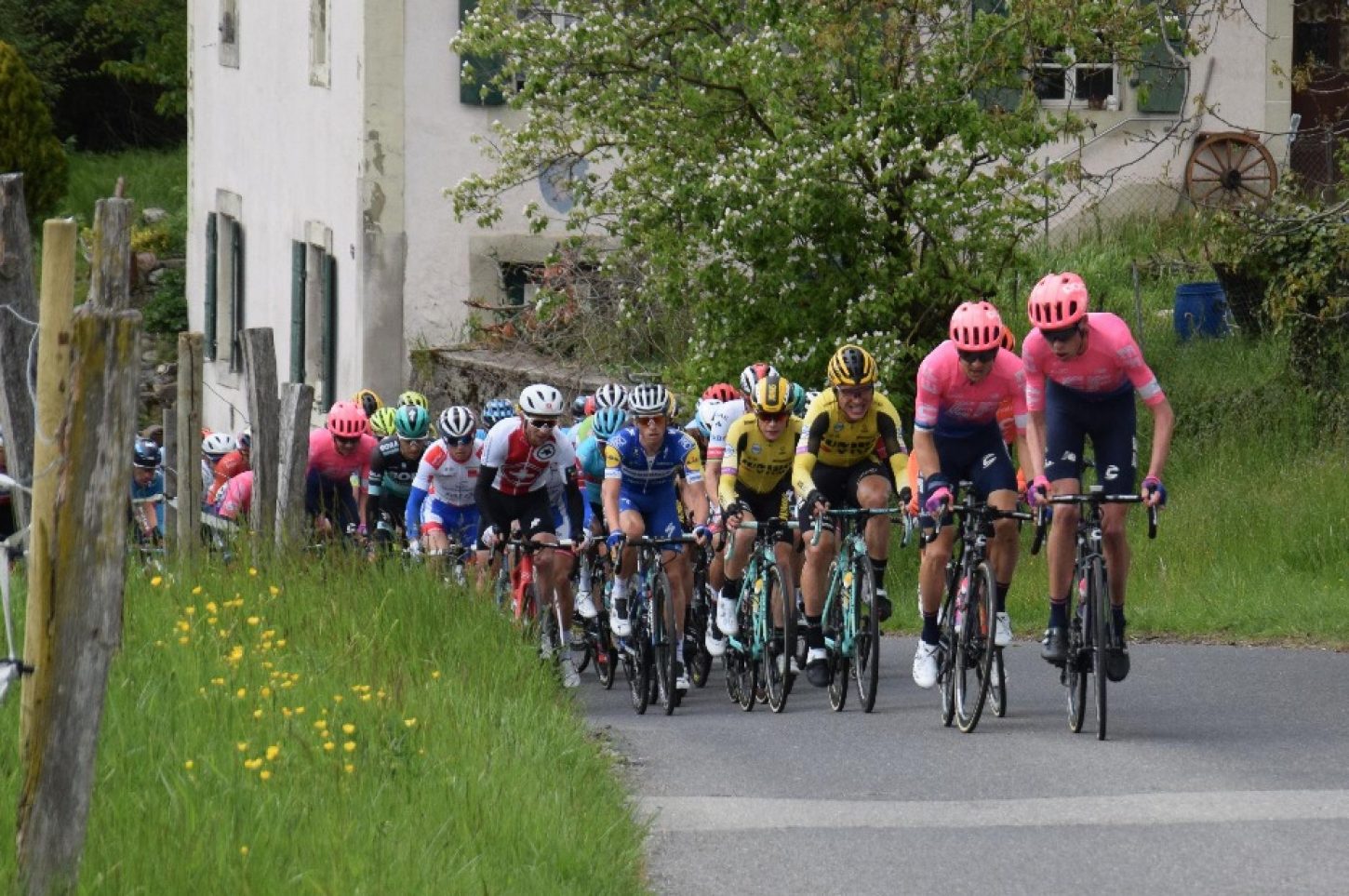 David Gaudu took the biggest win of his career today, after the Groupama-FDJ rider claimed a lumpy stage 3 of the Tour de Romandie in Romont.

Gaudu’s victory came after the day’s breakaway group was finally reeled in just before the final climb of the of Villars-Bramard with 17 kilometers to go.

With the finishing line almost in sight, Geraint Thomas (Ineos) and Rui Costa (UAE Team Emirates) appeared poised to battle it out for the stage honors.

However, the young French rider had other ideas, who surged past Thomas, taking with him Costa and overnight leader Primoz Roglic (Jumbo-Visma) with him to complete the podium.

The 10-second bonus won on the line helped propel Gaudu above Costa to second in general classification, while at the same time reducing Roglic’s lead to just 6-seconds.

Thomas dropped to fifth and is now 20-seconds behind the Slovenian leader.