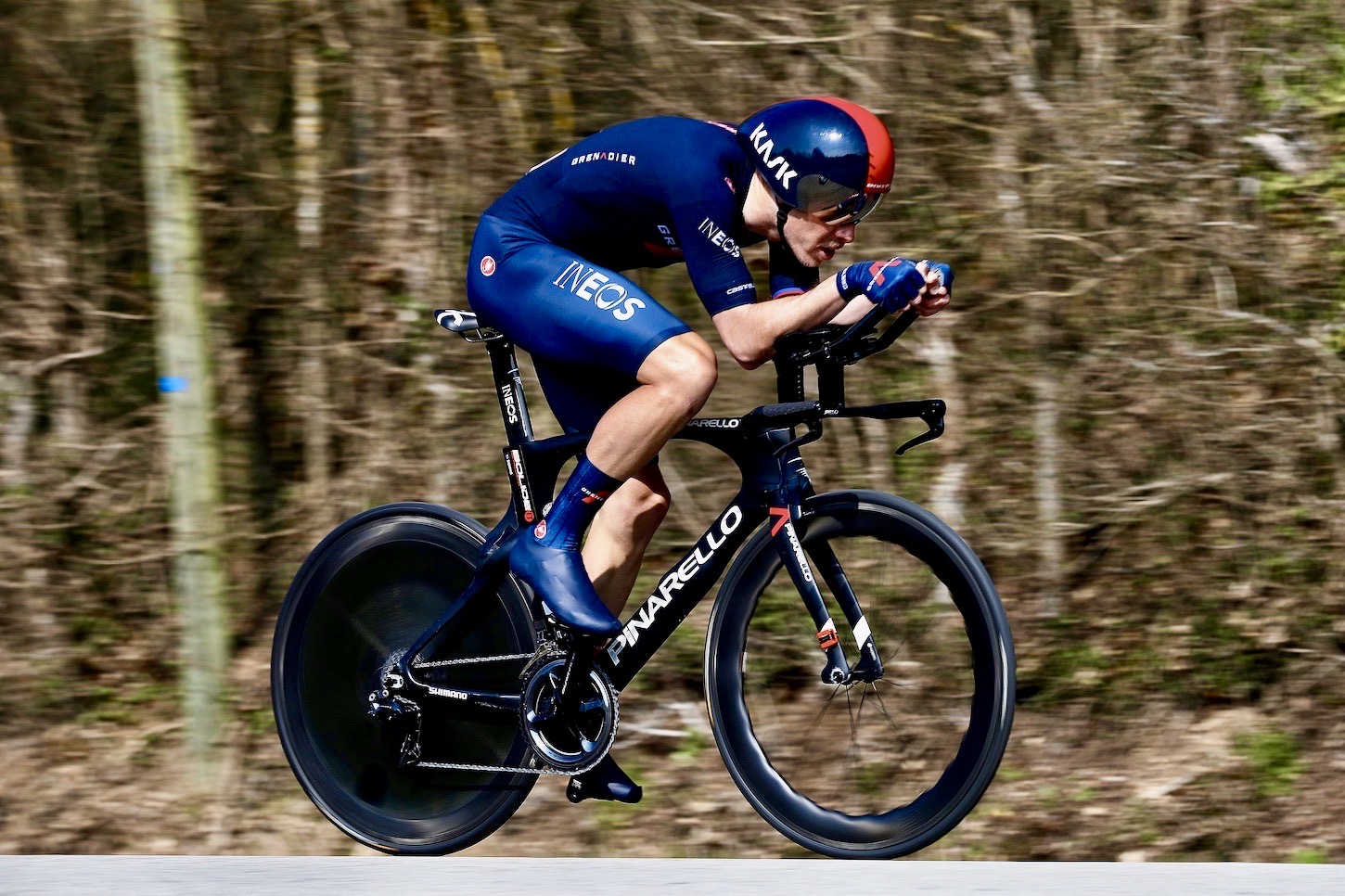 The Tour de Romandie prologue was dominated by Ineos Grenadiers, who claimed the top three places and four of the top 10. While Rohan Dennis sparkled in securing the yellow jersey, Ineos’ former team leader Chris Froome struggled as he could only claim 130th position for his Israel Start-up Nation team.

Ineos Grenadiers locked out the podium at the Tour de Romandie prologue, with time-trial specialist Rohan Dennis taking the stage.

The Australian rider covered the four-kilometer course in five minutes and 26 seconds to take the yellow jersey.

In what was a red-letter day for Ineos, Geraint Thomas took second – nine seconds adrift of Dennis – with Richie Porte crossing the line in the same time to take third.

Filippo Ganna was not at his best on the course at Oron-la-Ville, but filled ninth place to hand Ineos four of the top 10 positions.

Dennis dominated on the flat opening section, taking nine seconds out of his rivals, and was able to keep pace up the punishing final climb to secure the win.

“It was full gas, then full gas even more,” Dennis said. “It was tricky to pace because it’s still a minute and a half uphill and there’s no way to get extra speed unless you’ve got the power. The last 800 meters really hurt.”

While it was an excellent day for Ineos, it was one to forget for their former team leader as Chris Froome came home in 130th place, with the Israel Start-up Nation rider 52 second adrift of Dennis.