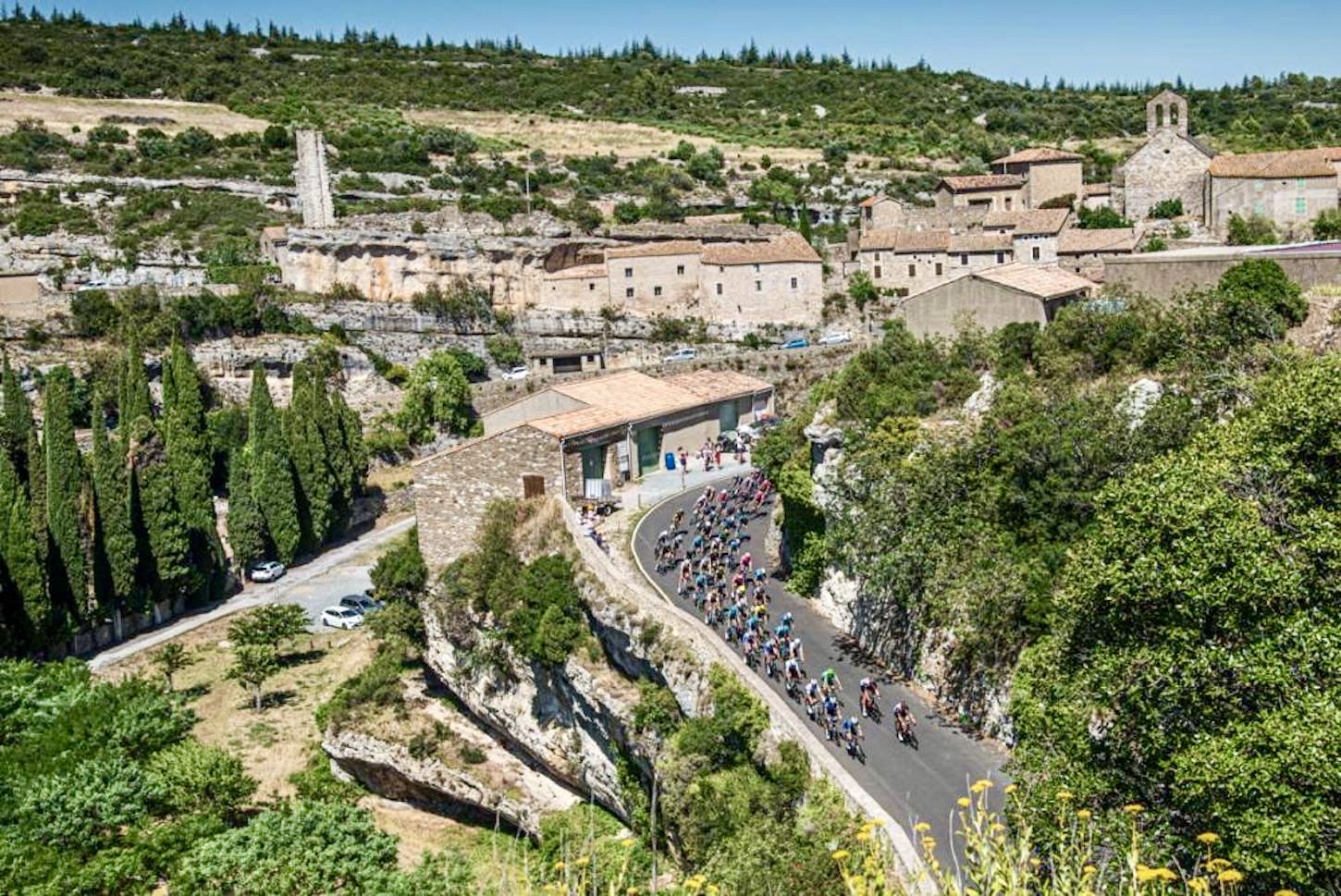 Mark Cavendish (Deceuninck-QuickStep) not only claimed his fourth stage win in this year’s Tour de France today, but also earned the British rider his 34th career stage victory in the French Grand Tour, putting him on par with the great Eddy Merckx for the most stage wins in the race.

Cavendish executed his winning move during final 100 meters, bringing the curtains down on his teammate Michael Mørkøv and Jasper Philipsen (Alpecin-Fenix) to seize the stage honors in Carcassonne

It was a mostly uneventful start to today’s stage, but a horrendous crash with just over 60 kilometers to go ensnared a number of riders including Simon Yates, forcing the Briton to abandon the race.

Meanwhile, Tadej Pogačar (UAE Team Emirates) finished safely in the peloton to maintain his grip on the yellow jersey.

Sean Bennett, Pierre Latour and Omer Goldstein emerged as the stage’s first protagonists, escaping the peloton early-on to quickly establish an advantage of more than three minutes over the chase.

In the meantime, teams like Deceuninck-Quick-Step and Alpecin-Fenix worked in earnest to control the escapees’ lead, with Bennett and Latour later jettisoning Goldstein just ahead of the crash that plagued the peloton at the 60 kilometer mark.

However, once chaos was restored in the peloton, the lead duo was caught just 10 kilometers later, setting the stage up for an inevitable sprint finale with Deceuninck-Quick-Step once again doing a remarkable job of delivering Cavendish to victory.