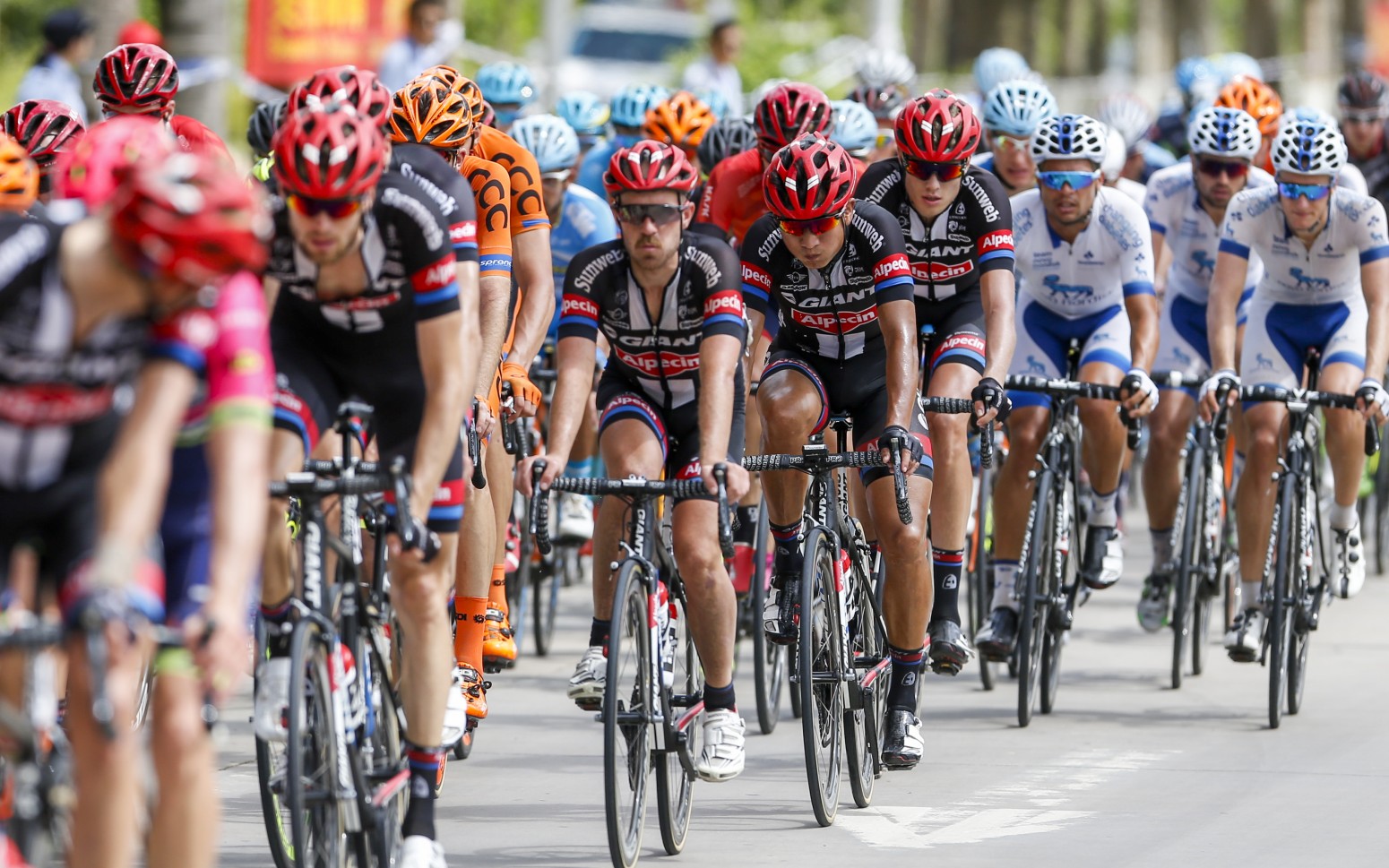 Nearly half of the nine stages are now in the books with 23-year-old German Max Walscheid (Giant-Alpecin) making it two victories in a row with a stage 4 win in DanZhou on Tuesday, October 25.

“It was not an easy win today,” admitted Walscheid following the 159.4km stage from ChengMai to DanZhou on China’s southern island province of Hainan. “I was under a lot of pressure because my team worked extremely hard to get the breakaway back.

“It was a strong group and in the end we had to work really hard, and there was no other option than to win and give it back to the team.”

“The idea was to get in the breakaway because I already had points for the KOM classification, so I want to enjoy the first classified climb to get more points and get the KOM,” explained De Rossi after the race. “But no break went before the climb, so it was a field sprint and I enjoyed very good work from my team to get two points and the jersey.”
Lutsenko sits just one-point behind De Rossi tied with previous mountains classification leader Jingbaio Zhao (Wisdom-Hengxiang).

“I have one clear goal to get as many points as possible to keep jersey,” said De Rossi. “My condition is good and I feel good, so let’s hope to keep it that way.”
As with the previous three stages, a multi-rider break was on the attack. After a flurry of failed attempts, a group of eight successfully launched 35km into the race.

Kamstra took the first intermediate sprint bonus, followed by Stosz and Sulzberger at 37km, before dropping off moments later. The remaining seven riders would extend their lead to 3:50 after 69km of racing before the gap began to close.

Stosz claimed the second sprint bonus ahead of Sulzberger to earn him the ‘Aggressive Rider’ award dominated by De Rossi in the first three stages.

Only Stosz and Dinez remained, but a time gap of 35 seconds with 15km remaining was simply not enough to escape the surging peloton.

With the win, Walscheid holds on to both the yellow leaders jersey and green points jersey for another day, with a slight gap over Ferrari (+0:12) and stage 1 winner and former race leader Rafael Andriato (+0:16).

Ferrari and Andriato also trail the points leader by six and 11 points respectively.