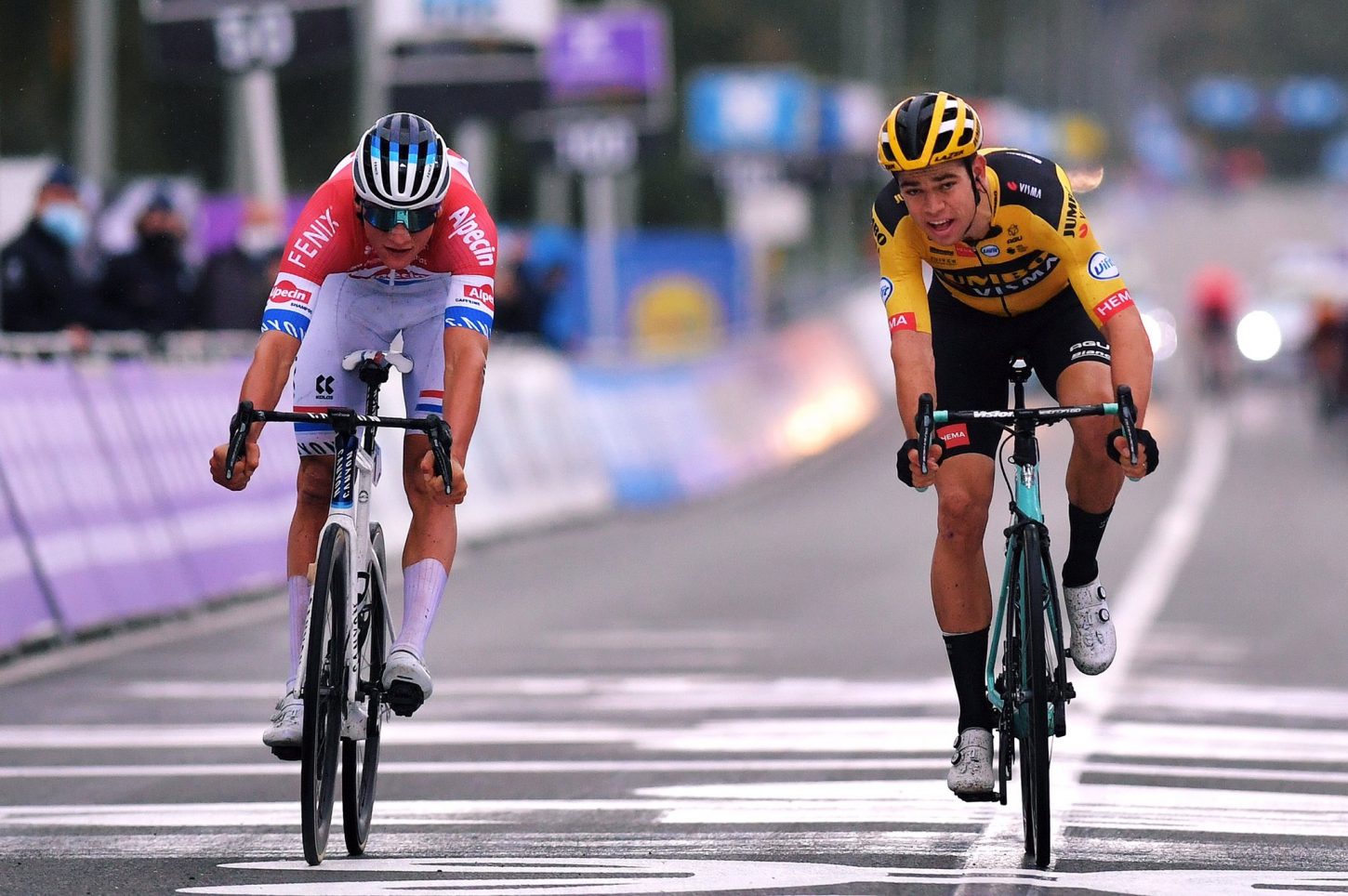 The duo had been part of a three-man breakaway effort that included the recently crowned world champion, Julian Alaphilippe, until the Frenchman crashed after colliding with a race official’s motorcycle with just under 35 kilometers remaining.

Van Aert came around van der Poel with 50 meters to go, who looked poised for victory after initially launching his sprint with 200 meters remaining. But, the Alpecin-Fenix rider found one final burst to seize the victory in a photo finish.

“I have no words for this. I am speechless. I wasn’t sure – normally I always feel [who won], but I was so broken in the sprint. All of the sudden the measure was there and I had to jump. I looked at Wout’s wheel, but neither of us knew. I always believed in it,” van der Poel said in a post-race interview

“I was looking behind me at Wout, not at the chasers. I knew that the later the sprint was started, the more it became to my advantage. The fact that Wout started late was a sign that he, too, was tired to death. I caught him perfectly, but he came halfway next to me.

“Then the acidification came to my ears. Suddenly it was there. I feared I was too late with my jump. I didn’t dare to cheer. They told me twice that I had won, but I asked for confirmation ten times. This makes up for so much. The number 51 [like father Adrie] will be something special.”

However, with 50 kilometers remaining, there efforts were brought to a close, with several riders emerging from the peloton to try their luck with an escape along the cobbled sector of the  Koppenberg.

With 34 kilometers to go, a race motorcycle stopped to let the trio pass, but Alaphilippe became distracted, clipping the bike and crashing heavily.

With Alaphilippe forced to abandon, the duo pushed ahead, while Bettiol and Naesen are joined by Kristoff and John Degenkolb in a valiant chase effort.

However, there was no catching the leaders, who arrived together during the last kilometer and battled it out until the finish.