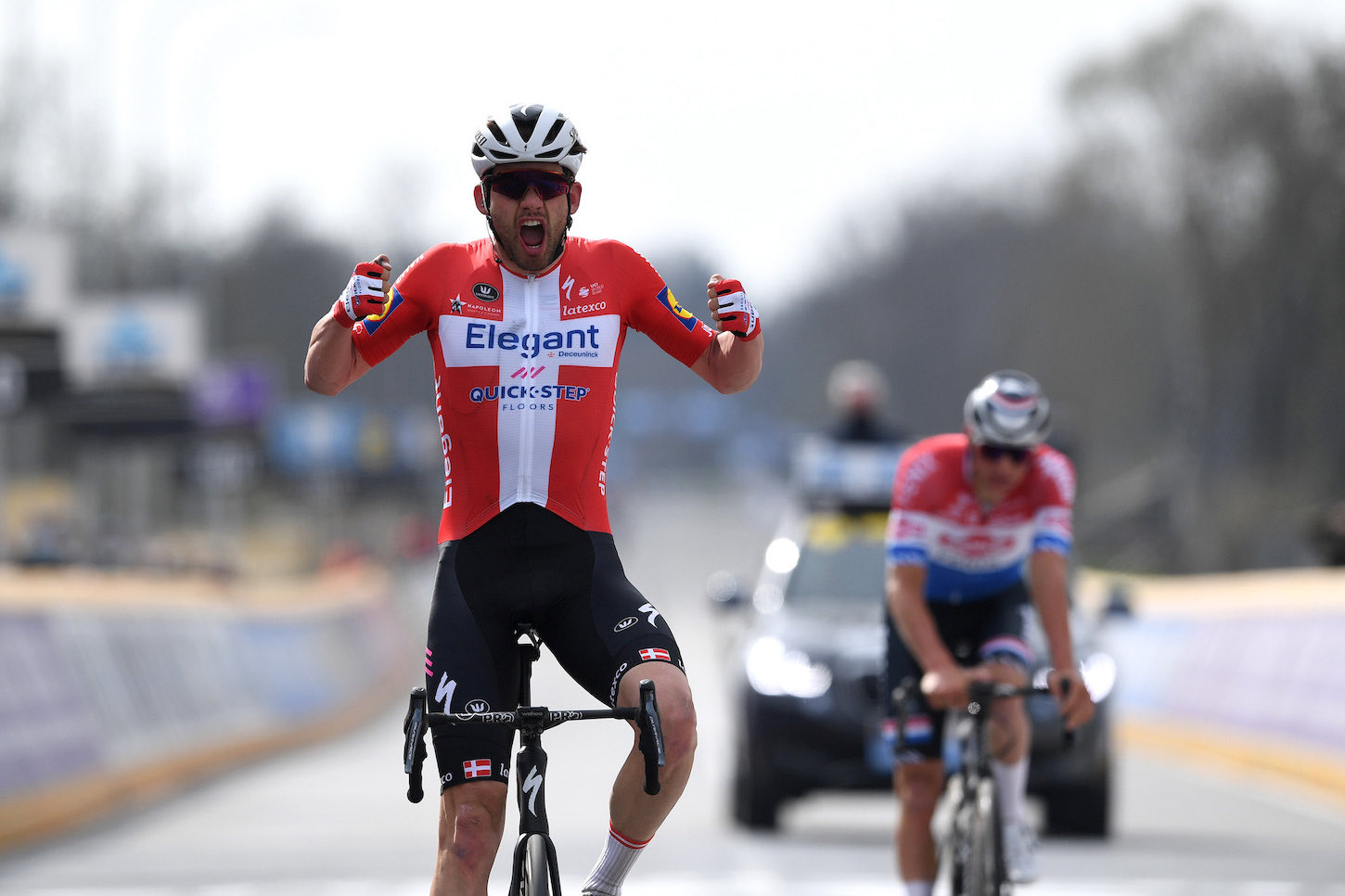 Kasper Asgreen out-gunned Mathieu van der Poel in a final sprint to take a stunning victory in the Tour of Flanders today, with both riders slowing to almost a standstill as they tried to outwit one another during the closing stages, with the Danish rider besting this Dutch rival with a final surge to the finish.

The duo was holding unto a healthy advantage heading into the final kilometer, where a game of cat-and-mouse ensued – van der Poel on the front with Asgreen on his back wheel waiting to pounce.

Eventually, a sprint broke out during the waning moments, with Asgreen gritting his teeth and slowly overhauling van der Poel, who sat up moments before the line a beaten man.

However, the challenging route later trimmed the breakaway group down to just Asgreen, van der Poel and Van Aert, with the Dutch Champion later launching powerful attack along the climb of the Oude Kwaremont with only Asgreen able to counter his move.

Van Aert was eventually swept up by the chase along the last climb of the Paterberg, while the two leaders worked closely together to remain out front.

With just over 2 kilometers to go, Van Avermaet attack from out of the chase group, a move that was closely marked by Stuyven.

Back up front, van der Poel was the first to open up his sprint, but Asgreen was quick to respond, distancing his Dutch rival with a final burst of acceleration to claim the cobble Classic.

In the meantime, Van Avermaet breezed across the finish well ahead of Stuyven and Sep Vanmarcke to round out the podium.