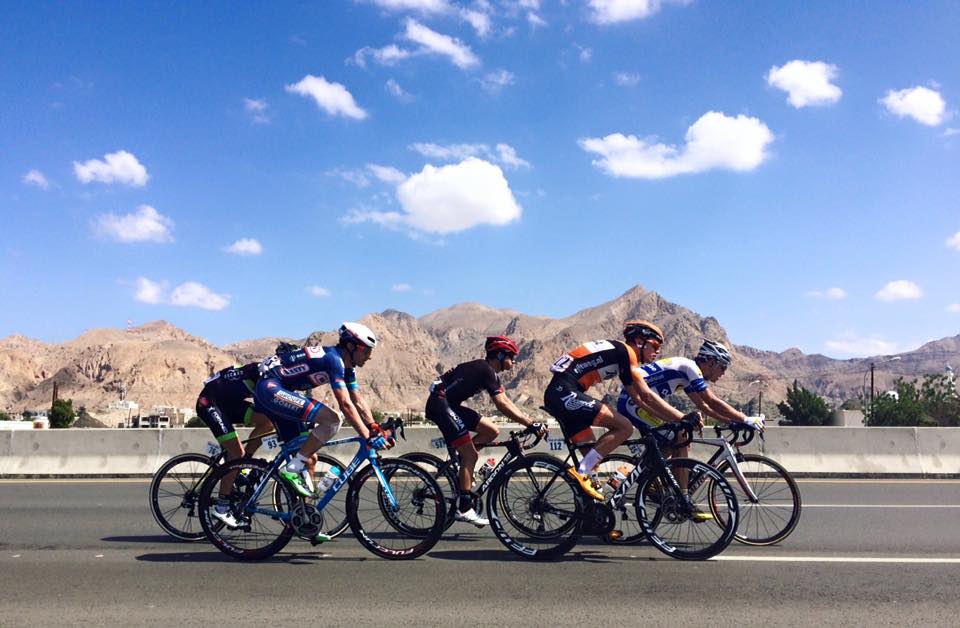 Today’s victory not only netted the Norwegian rider the stage win, but also moved him up into the overall race lead.

“It was a hard stage. The team did a really good job to make it harder in the flat part as we’ve got some strong guys going into the wind, so we tried to split the peloton up,” Van Avermaet said.

“For me, it was about trying to go as far as possible and hoping that the others cracked in the sprint. Boasson Hagen was still there and just flew past. With 200m to go we started sprinting and Boasson Hagen was faster.”

From there, the escapees build up an advantage of approximately three minutes over the peloton, by time they reached the first climb of the day at Bousher Al Amerat, where Pfingsten took maximum points, followed by Steels and Dehaes.

The breakaway group would continued to hold onto their lead until the haflway point in today’s stage, where Kamp took the first intermediate sprint points. However, at that point, the escapees began attacking one another, with Asselman being the first rider to do so, followed by Kamp.

Périchon was the only rider able to respond to the attacks, subsequently bridging himself to the two leaders, while Dehaes, Steels and Pfingstqn fell back to rejoin the peloton.

However, despite the trio’s efforts to remain out front, they were eventually reclaimed by the peloton during the final 20 kilometers.

From there, CCC Sprandi Polkowice took up the pace setting in the peloton during the flat run-up to the final climb, while Astana and Dimension Data loomed in their slipstream.

A heavy crosswind would serve to split the peloton during the last 2.8 kilometers, with Boasson Hagen commencing a late surge along the final steep section of the climb, to eke out a slight gap over his rivals, and take the victory.