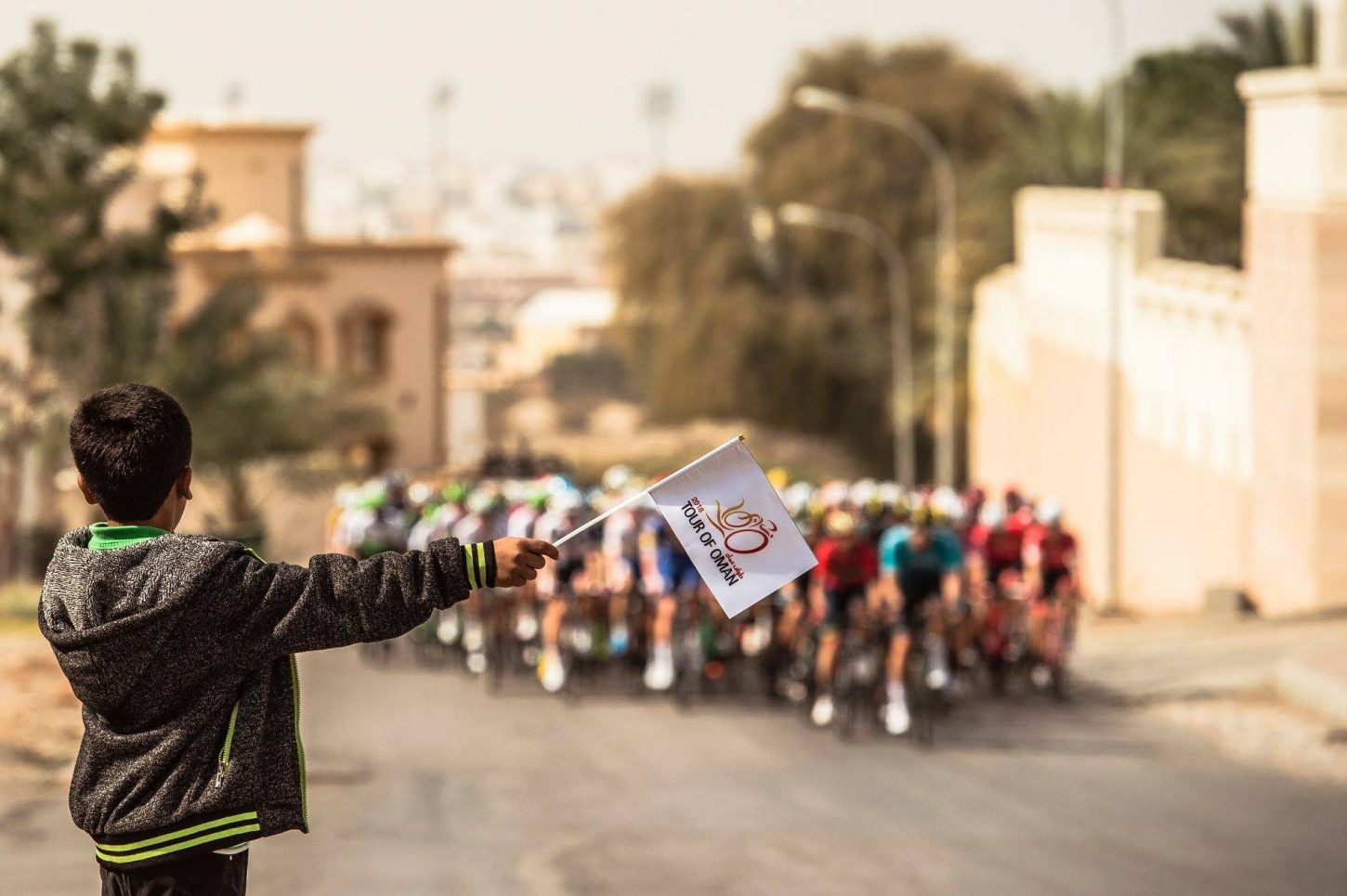 Alexander Kristoff (UAE Team Emirates) dominated stage 1 of the 10th Tour of Oman today, his 9th stage win on a race he attends every year since it was created. The Norwegian champ claimed victory ahead of two Frenchmen, Bryan Coquard (Vital Concept-B&B Hotels) and Nacer Bouhanni (Cofidis) after a royal gallop on a 1,300m final straight road on the Suhar corniche where the sprinters displayed their spectacular abilities. Stage 2 will bring different challenges on Sunday with lumpy roads leading to Al Bustan.

The 126 riders lining up for the 10th edition of the Tour of Oman left Al Sawadi Beach. Michael Schär (CCC Pro Team), who has attended the race every year, celebrated it with an attack from the gun along with Alexis Guérin (Delko Marseille Provence), Sergio Rodriguez (Euskadi-Murias) and Emiel Planckaert (Sport Vlaanderen-Baloise).

The four men at the front quickly took their lead up to 4’30”, after 20 km of racing. Alexis Guérin went first at the intermediate sprint (km 32) ahead of Michael Schär and Emiel Planckaert. Alexander Kristoff’s UAE Team Emirates, André Greeipel’s Arkéa-Samsic and Bryan Coquard’s Vital Concept-B&B Hotels got into action early in the stage and seriously accelerated in the last 65 km, with wind gusts shaking the pack.

Michael Schär dominated the second intermediate sprint to claim the gold jersey as leader of the most aggressive rider classification. With the participation of Direct Énergie, the gap was then down to 2’15” as the race entered the last 30 km. Ten kilometers further, Emiel Planckaert was dropped from the leading group and the peloton was only trailing by 1’05”.

The three attackers still at the front were eventually reeled in with 6 km to go as the peloton stormed to the finish. André Greipel sustained a puncture in the final 10km while Alexander Kristoff avoided any trouble to take his first win this season.