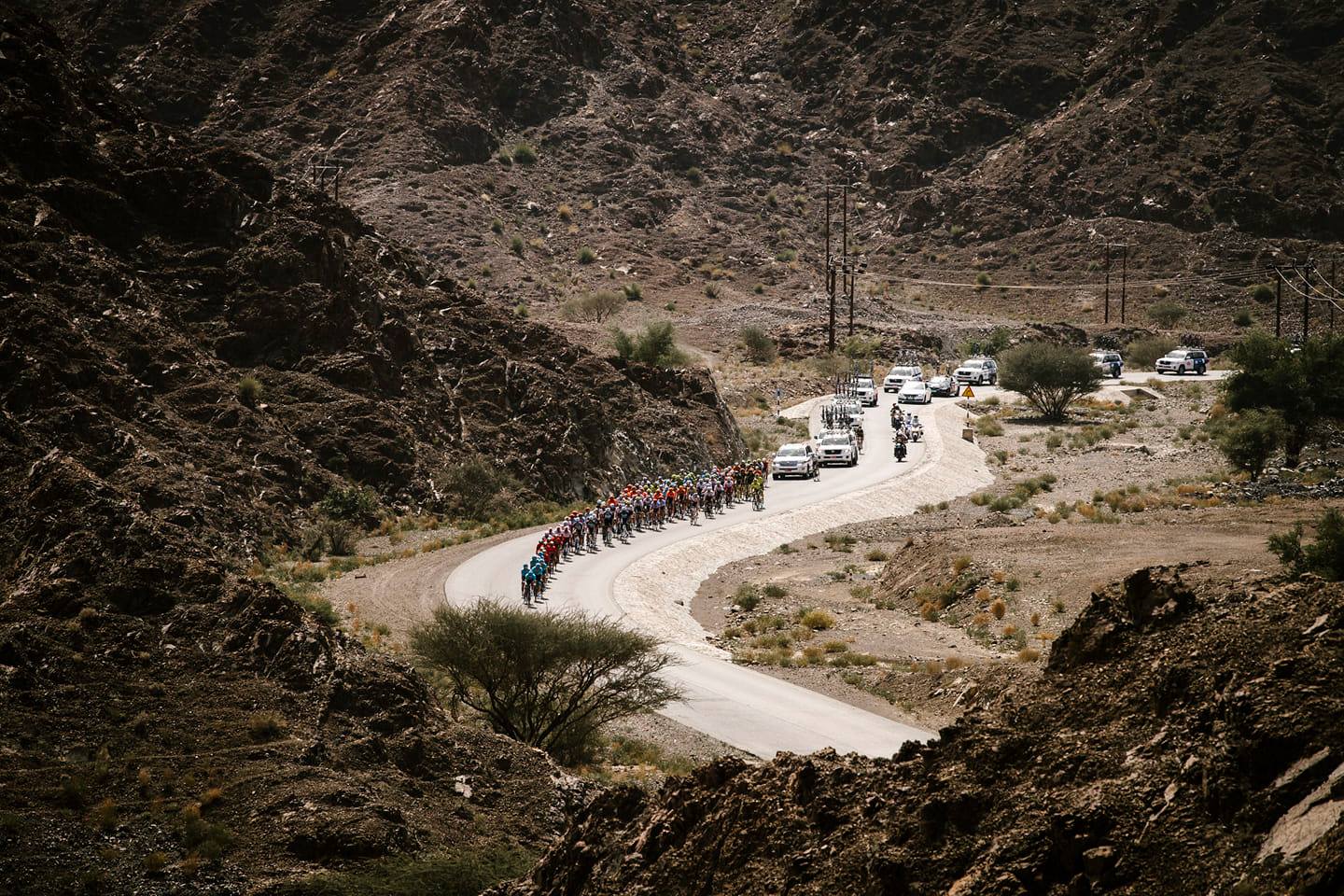 Giacomo Nizzolo (Dimension Data) dominated a fast and furious final stage of the Tour of Oman today, snatching the win on the Matrah Corniche just ahead of his compatriots Sonny Colbrelli (Bahrain-Merida) and Davide Ballerini (Astana).

Unfortunately for Alexander Kristoff (UAE Team Emirates), the Norwegian rider was forced to abandon the race after a bad crash left him with serious lacerations on his arm.

After being out front almost 45 kilometers, the peloton began pulling back on the reins, keeping the escapee’s advantage to a manageable 2:30.

Kristoff and Pozzovivo go down

Kristoff, who dominated the last three stage finishes on the Matrah Corniche, was forced to abandon after a crash ahead of the climb of Al Hamriyah.

Domenico Pozzovivo (Bahrain-Merida) also crashed, but the Italian rider was able to remount and make his way back to the peloton.

Back up front, Guérin dominated the Al Hamriyah climb, as well as the intermediate sprint – followed by the climb of Al Jissah.

In the meantime, the breakaway group’s margin had fallen to under a minute as they entered the first of three passes around the final 7.5 kilometer finishing loop.

The leaders were eventually reeled in with 3 kilometers to go, with Direct Énergie leading the peloton.

Lutsenko tried to set the sprint, but Nizzolo was successful in finding an opening to hold-off Colbrelli and Ballerini to claim the sprint finale.