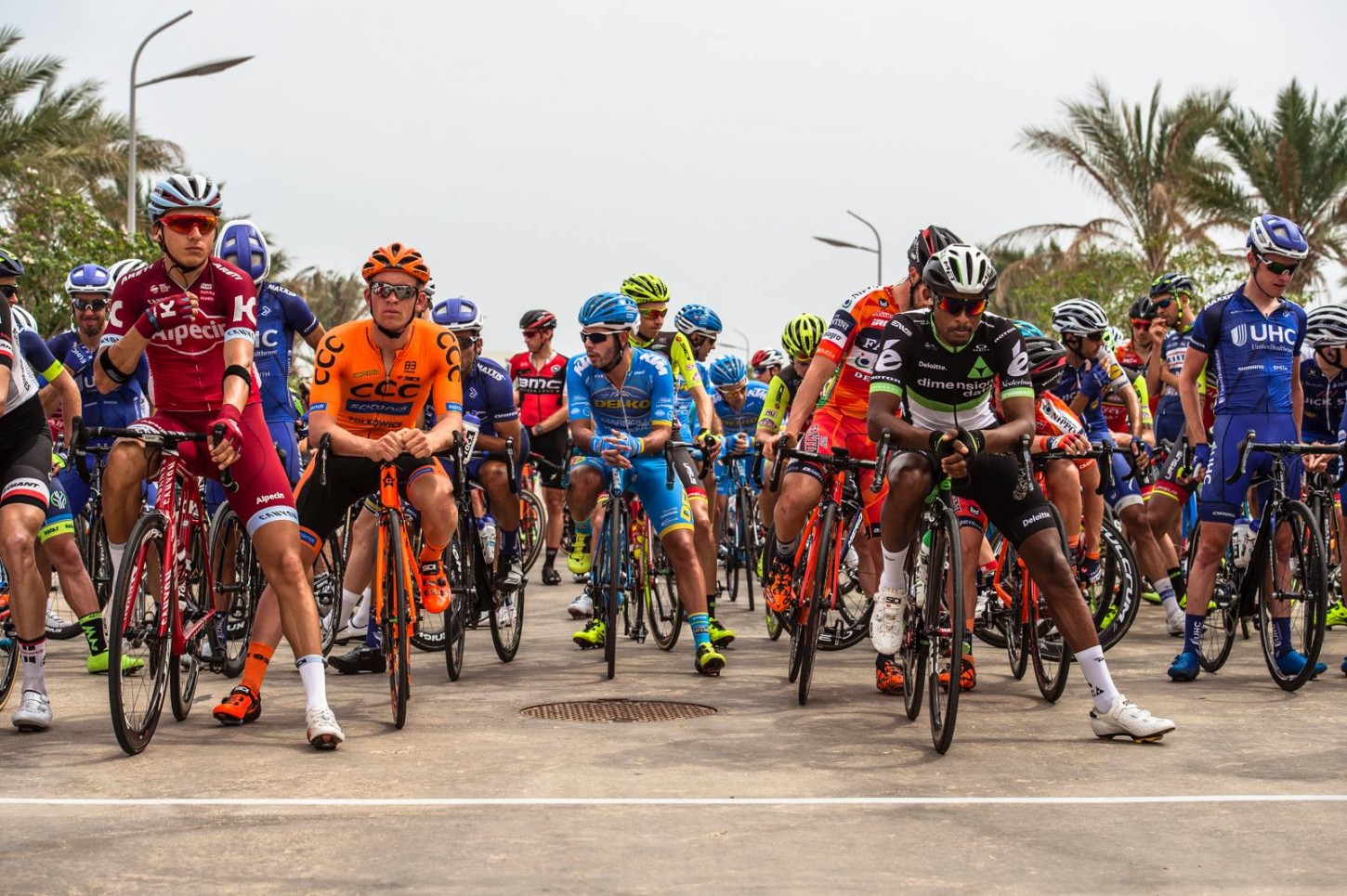 Ben Hermans put in a spectacular performance on the Green Mountain summit of the Tour of Oman today, to take the stage honors and all but wrap up the race victory.

At one point, a five-rider breakaway group established a sizable advantage of eight minutes over the peloton, while Hermans and his BMC Racing teammates spent the day controlling the race from behind.

With 50 kilometers remaining, the peloton gradually began pulling back the breakaway group, as their gap had fallen to just two minutes at the base of the final climb.

From there, BMC Racing set the pace at the start of the climb, with Michael Schaer, Daniel Oss and Greg Van Avermaet featuring prominently during the first four kilometers, which ultimately led to the breakaway group being reined and peloton getting reduced to a select group of General Classification contenders.

However, Hermans quickly followed with an attack of his own, subsequently overtaking Kudus and Bardet and fending-off any last challenges from Fabio Aru (Astana Pro Team) and Rui Costa (UAE-Abu Dhabi), to seize the stage honors by three-seconds and claim the overall race lead.

As a result, Hermans’ victory gives the Belgian rider a twenty-two second led over Costa and a thirty-five second over Aru in the General Classification, and it also sees him regain the lead in the Sprint Classification with one stage remaining.

“It was really hard. It was hard for everyone of course. Fabio Aru was just behind me at ten of fifteen meters so it was really fast right until the line. Kudus attacked and he was just ten seconds in front of me but I still had a good effort in my legs. I was afraid that the others might come back but in the end it was ok”, said Hermans.

“It will be my first GC win. We still have to do one stage of course, but without bad luck I will win the overall. It’s a big step forward for me and I’m really happy that I can finish the work of the team. I never expected to have this kind of start to the year in Valencia and here in Oman. I just wanted top tens in those races and now I have finished second in Valencia and will normally win this race so it’s the perfect situation”, Hermans added.