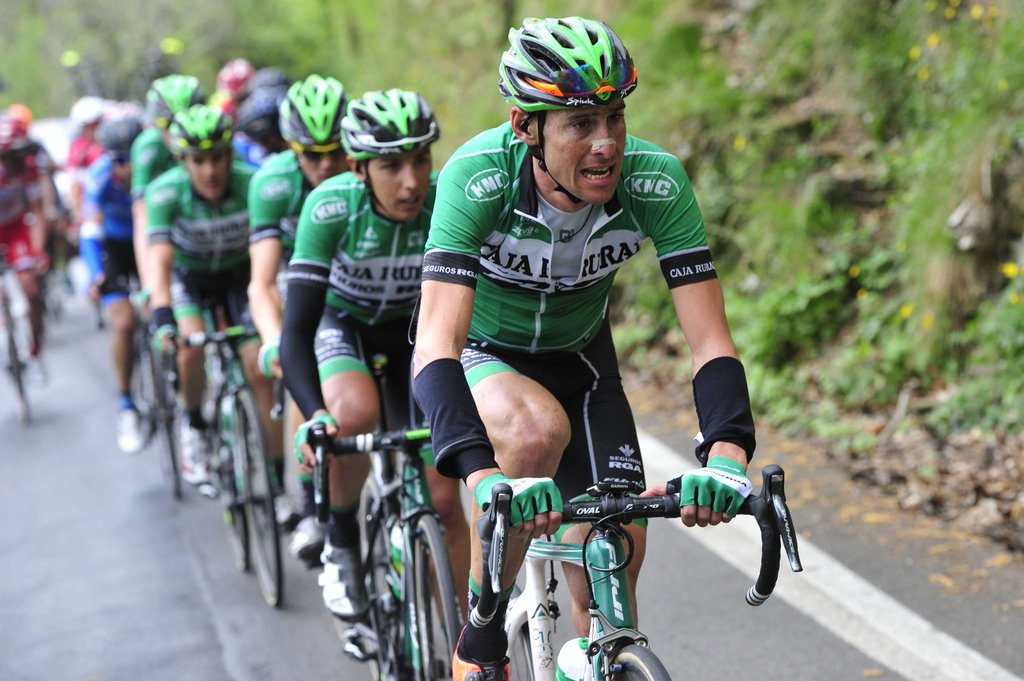 Caja-Rural’s Jaime Roson claimed the “Queen” stage of the Tour of Turkey today, after outsprinting stage one winner Przemyslaw Niemiec  (Lampre-Merida) in a grueling uphill finish atop the climb of Göğübeli.

“I was close to winning the queen stage at the Vuelta Castilla y Leon but Alejandro Valverde brought me back with 400 meters to go. I didn’t feel good all day today after I worked a lot for the team during the previous days but I felt much better towards the end. Even though Niemiec caught me, I still had enough energy to beat him. It’s also thanks to our strategy. We had planned to have someone in the early break to force CCC to chase so we could remain quietly in the peloton before the final climb.”

Schulting, Broeckx and Bakirci later jettisoned their breakaway companions during the first category climb, only to be quickly joined again by Baldo and Piedra.

However, their timeout front was quickly brought to an end with 30 kilometers remaining.

From there, an attack led by Dominik Hrinkow (Hrinkow Advarics) and Simone Petilli (Lampre-Merida) ensued, which formed into a lead quartet containing Liam Bertazzo (Southeast) and Daniele Colli (Nippo-Vini Fantini).

A final attack would later come from Petilli, who forged on alone during the final 10 kilometers. But, with 6 kilometers to go, the Lampre rider was eventually reined in by the chase just before the summit.

With 2 kilometers to go, Koshevoy surged, taking Roson and Jan Hirt (CCC) along with him.

Rosen then set-off in a solo effort, while Niemiec gradually made his way to the Caja Rural rider during the final kilometer.

However, Roson proved to be the stronger of the two, as the young Spanish rider managed to “crack” Niemiec along the final uphill section.

“I thought he would be more tired than he effectively was”, Niemiec commented. “What a pity. I accelerated at the right moment. I fought till the end but I couldn’t get the stage win. However, I’m happy to lead the mountains classification. It shows that I’m climbing well and the preparation for the Giro has gone well. I’m satisfied with my results at the TUR so far: a stage win, a second place, a fourth one. After an early part of the season that was so so, I’m in a great shape now.”

Gonçalves leads his teammate David Arroyo by 18 seconds in the overall classification, followed by Nikita Stalnov (Astana City) who sits in third place at 46 seconds back.