Trains in Japan Now Equipped to Transport Cyclists and Their Bicycles 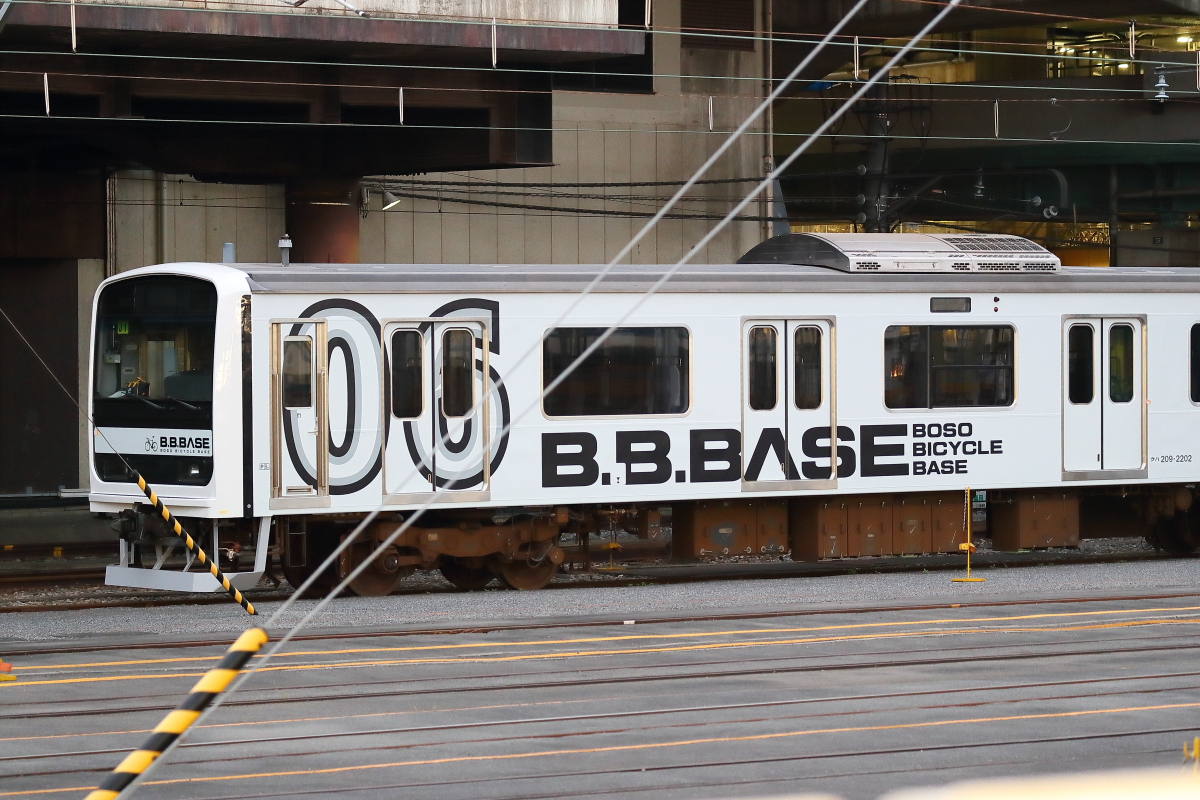 A new transportation program in Japan called Boso Bicycle Base, has been specifically designed to transport of bicycles and cyclists for special events and occasions to the Boso region in Chiba Prefecture.

Scheduled to begin operation in January 2018, the Boso Bicycle Base will permit cyclists to boards trains with without the need to fold or pack up their bikes.

To accomplish this, transportation officials have modified older trains, which now allow bicycles to be racked alongside seating for cyclists.

At maximum capacity, a Boso Bicycle Base train will hold 99 bicycles and have 99 seats available.

Playing on the concept of a base for bicycles, both the exterior and interior of the train will feature original illustrations, designs, and a logo that are thematically gray and cycle-centric.

As the number of large-scale cycling events increase throughout Japan year-on-year, officials have seen a rising demand in the deployment of the “cycle train”.

Operated by East Japan Railway Company, the program will run on the weekends between Ryogoku station in Tokyo and a number of towns on the region, which has become one of Japan’s most popular areas for cycling around the Japanese capital.

What’s so special about the Boso Bicycle Base?

The Boso Bicycle Base (BBB) is a unique concept because this is the first time JR East has modified a train specifically for the sole purpose of transporting bicycles and their owners. This differs from the “cycle trains” utilized thus far, which have been normal commuter trains with seats covered by a protective tarp and creative utilization of hanging straps to rack bicycles.

What is the “cycle train” concept?

Since 2013, a small number of JR East trains have been converted to “cycle trains” for special events and on a seasonal basis. Cycle trains are generally limited to less than 100 bicycles and almost always require prior booking. In the past, JR East cycle trains to the Chiba Boso area have included the Kujukuri Triathlon (99T), Kisarazu Triathlon, and Tateyama Wakashio Triathlon.

Can’t I bring my bike on the train anyways?

Yes, in Japan, you’re allowed to bring your partially disassembled (at the very least, you must take the front wheel off) and covered (loosely defined) bicycle aboard a train, including the shinkansen. When bringing bikes onboard, cyclists (especially those traveling in small groups), should carefully consider the best time and day for travel, bearing  in mind that bicycles, no matter how they are packed or folded, tend to take up space and can be met with unwelcoming glares.