What is Tramadol and How Dangerous is It for Cyclists? 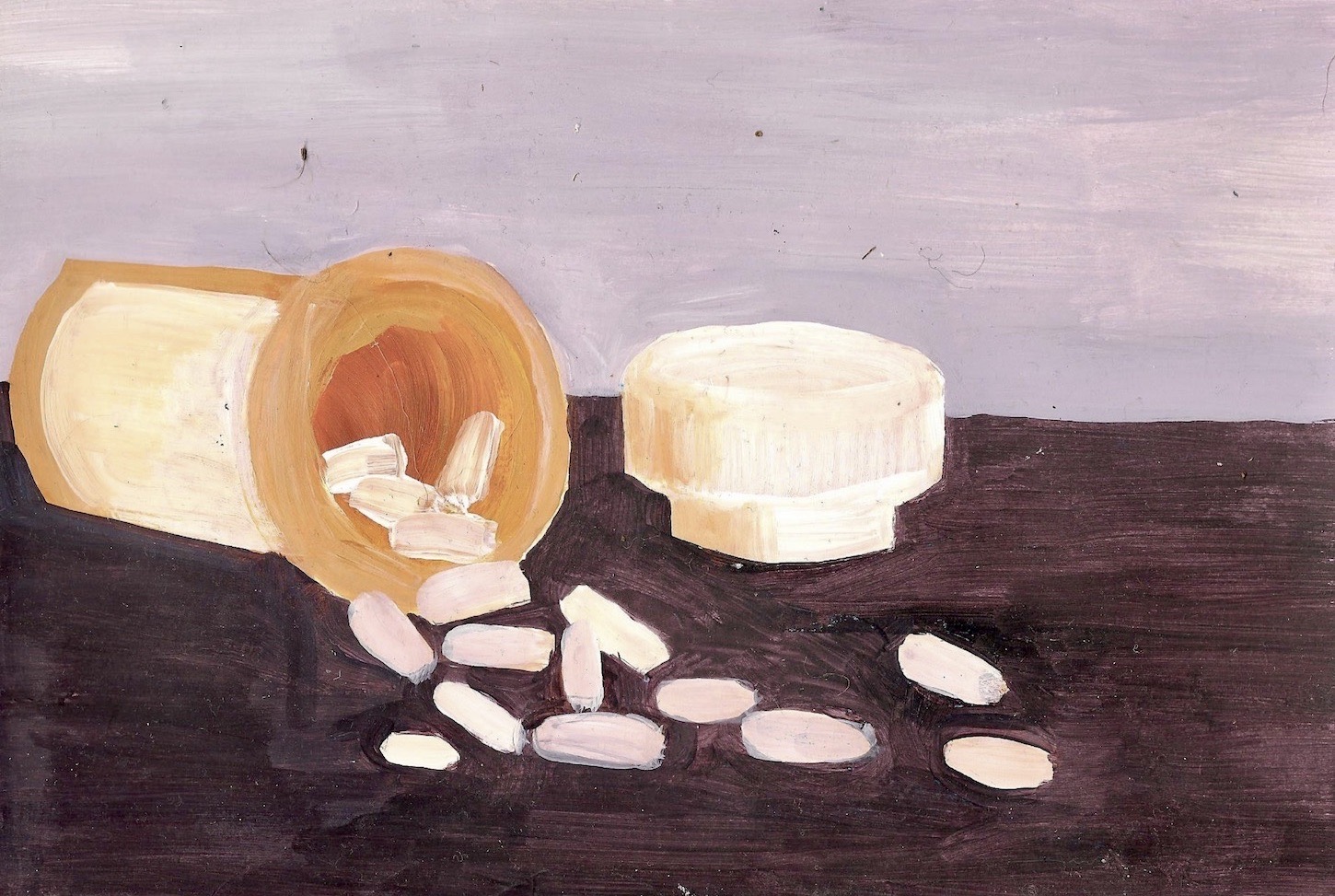 Following the disqualification of Nairo Quitana from last month’s Tour de France, after the Colombian rider tested positive for the use of Tramadol, the painkiller is  back in the news.

So, what is the drug, and is it dangerous for cyclists?

Tramadol, which does not occur in nature, was first synthesised in 1962 by chemists at the German pharmaceutical company Grünenthal as a painkiller. The company became notorious 50 years ago as the firm that marketed thalidomide, which when taken by pregnant women as a sedative and treatment for “morning sickness” led to the birth of thousands of children with malformed or missing limbs. Tramadol is an entirely different drug but there is a real possibility of taking a lethal overdose.

Patents were taken out on tramadol in 1972 and it was brought to market in 1977. The drug is recognised as a painkiller with a potency around 10% that of morphine and it is used to treat moderate to severe acute and chronic pain. Like morphine, it works by binding to the mu-opioid receptor found in the brain and in other regions of the body, stopping pain messages from getting through. It inhibits re-uptake of the neurotransmitter messenger molecules norepinephrine (noradrenalin) and serotonin and also has antidepressant and anti-anxiety properties.

In the body, tramadol is metabolised into a number of different molecules, the most important of which is O-desmethyltramadol; this binds much more strongly to the mu-opioid receptor than tramadol does, making it more potent than the parent compound. So tramadol is really a pro-drug, a molecule that is converted by the body’s metabolism into the pharmacologically active drug.

Perhaps not surprisingly, tramadol has reared its head in sport. After he retired in 2012, the professional cyclist Michael Barry wrote in his autobiography, Shadows on the Road, that he’d used tramadol while cycling in the Sky team. He took tramadol (which after all is a legal painkiller in most countries) when he broke his ribs in a crash. He said that it alleviated the pain, made him feel “slightly euphoric” and reckoned that he could push harder than usual when on it.

Because of concerns about the use and abuse of painkillers in sport there have been calls for WADA, the World Anti-Doping Agency, to prohibit the use of tramadol (like many steroids, EPO, amphetamines and other stimulants) and put it on its prohibited list, but currently it remains on their list of medications whose use is monitored, such as caffeine, nicotine, codeine and certain others. A research program is being run to see if tramadol confers advantages upon athletes.

Painkiller abuse and addiction is a major problem in the US, where events have moved on from the days when heroin was the drug of choice that killed rock stars such as Jim Morrison and Janis Joplin. Now, it is prescription painkillers, such as oxycodone (in its formulation as OxyContin, “hillbilly heroin”) and fentanyl which are proving lethal in the wrong hands.

Tramadol’s first 20 years on sale were unspectacular and it was not until around the time that it was introduced onto the US market in the 1990s that addiction started to be a problem. This has now spread to the Far East, including China, as well as much of Africa.

It is widely abused in Cameroon, for example, where it is even fed to cattle to enable them to plough in the hottest weather.

Because of this consumption by humans and animals, excreted tramadol (and its metabolites) can be present in soil in some parts of the Cameroon so that it is taken up by plants.

At one stage, this led scientists to believe that it occurred naturally in the pincushion tree – although it has subsequently been shown that plants are incapable of producing it.

In the spring of 2019, cycling’s governing body, the Union Cyclist Internationale (UCI), banned Tramadol after conducting 43 tests during that year’s Paris-Nice stage race.

In 2017, 68% of urine samples across 35 Olympic sports containing Tramadol were from cyclists.

While being monitored by the World Anti-Doping Agency (WADA), Tramadol is not on the list of banned substances and having it outlawed could have raised legal challenges.

However, UCI President David Lappartient insisted that the exclusion was to protect riders’ health and safety rather than any performance enhancing benefits.

“So we banned it on health grounds,” said Lappartient, adding that the Paris-Nice test results were not known yet.

“If you need Tramadol, OK, but when you take this medicine you cannot drive so you do not race your bike.”

The UCI then decided to take the same approach on corticosteroids, a drug used to treat a wide range of medical conditions, including asthma.

“We are working on this. We named a group of experts to show it is dangerous for your health,” Lappartient said back in 2019.

“We are hopeful to be ready to ban it for the beginning of 2020. The idea is to not have corticosteroids in our sport by 2020.”

“It is not easy though, because with Tramadol, a test is either positive or negative. With corticosteroids, there are thresholds. We are also calling for WADA to ban it.”

The cycling teams that joined the Mouvement Pour un Cyclisme Credible (Movement for credible cycling, MPCC) in 2018 were required to follow stricter anti-doping rules. Under those rules, a rider is imposed an eight-day rest after taking corticosteroids.

“Intra-articular corticosteroid injections have to be validated by the team doctor, who will prescribe eight days off-race,” the rules say.

Seven of the 18 World Tour (elite) teams have since adhered to the MPCC.

A study conducted by the University of Granada (UGR) that same year, which was funded by the World Anti-Doping Agency (WADA) and supervised by the Spanish Agency of Medicines and Medical Devices (AEMPS), provided the first scientific evidence of the adverse effects of tramadol on cycling performance. The research was subsequently published in the Journal of Science and Medicine in Sport to further resolve the heated controversy surrounding the substance.

The study employed a double-blind clinical trial comparing the effects of tramadol with those of a placebo on the same group of participants. The results from the first experiment showed a higher performance under tramadol (~5%) than under placebo. However, in contrast, those results were not replicated in the second experiment, where different participants (different from Experiment 1) undertook a physical task together with a sustained attention task (participants performed a visual oddball task during the time trial). The reason for those divergent results between Experiments 1 and 2 was uncertain.

Interestingly enough, the electroencephalography (EEG) data in Experiment 2 indicated that tramadol had an impact on stimulus processing related to sustained attention.

The UGR researchers involved in the project agreed that there wasn’t enough evidence to make a case before the Spanish Agency of Medicines and Medical Devices (AEMPS). Darías Holgado Nuñez, from the UGR’s Mind, Brain and Behavior Research Centre (CIMCYC) and one of the researchers behind this pioneering project, explained at the time:

“The results of the study are not conclusive, which means that caution must be taken when it comes to asserting that tramadol improves sports performance or affects stimulus processing. This is the first study of its kind, so more research must be conducted in order to conclusively establish whether tramadol influences sports and cognitive performance.

Again, tramadol is not currently included in the list of banned substances by the World Anti-Doping Agency (WADA), but has appeared on the organization’s monitoring program since 2012 (substances studied to identify potential abuses).