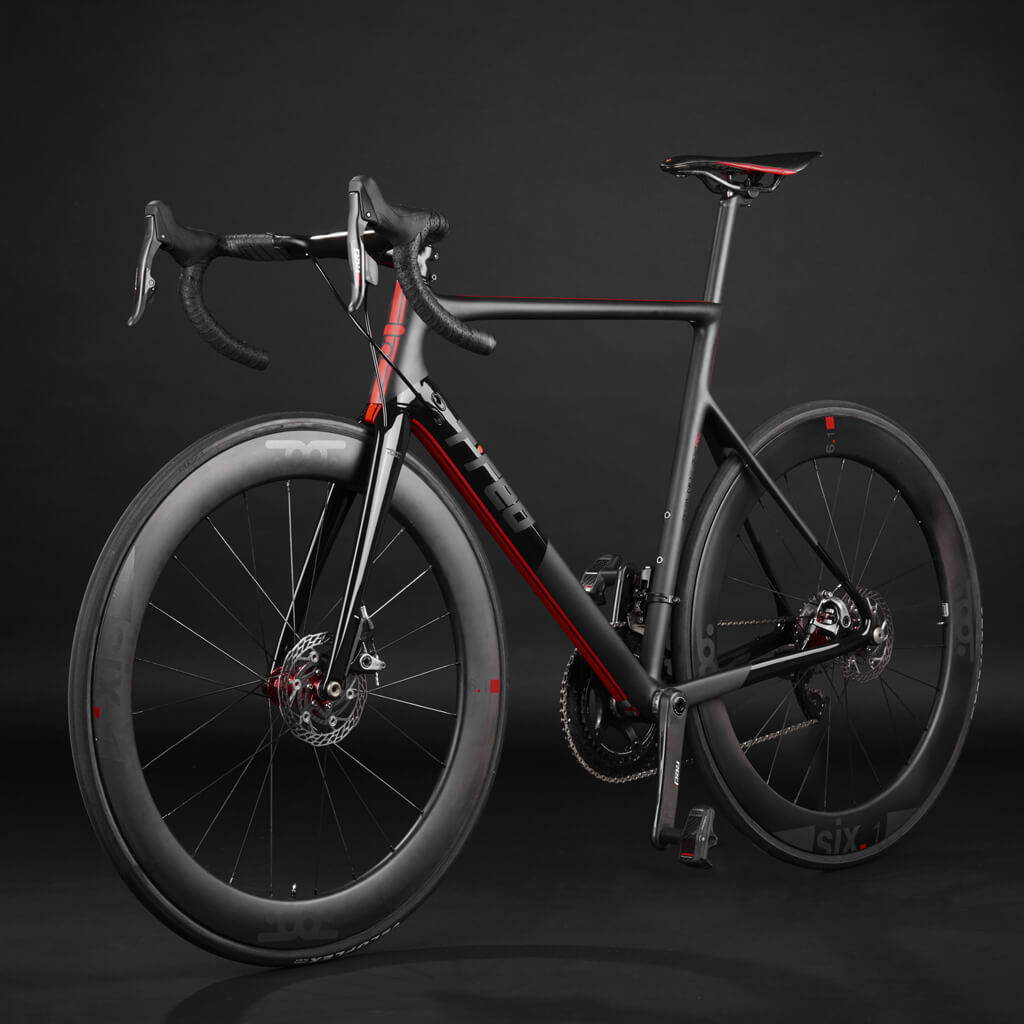 Whether you adhere to the whole disc brake revolution or not, there’s no arguing that any road bike brand who wishes to stay relevant has been forced to ride the curve – even small, bespoke Italian ones.

T°Red is a small, artisan brand that’s located in Italy’s northern province of Piacenza, which offers an array of glorious custom bikes in carbon, titanium and aluminum/magnesium matrix.

In keeping with the continued rise in popularity that disc brakes have garnered in the road segment, T°Red has followed suit with a new flagship carbon road bike called the Arachnid.

However, rather than just create a carbon frameset based on previous accepted designs and slapping a hydraulic braking system on it, T°Red says it designed the Arachnid from the ground up in order to handle the rigors disc brakes place on a road bike.

According to T°Red, the making of the Arachnid involved a special fabrication process called BMT (Bonded Monocoque Tubes), which calls upon a unique molding and lay-up process in order to create specific tube shapes and profiles as to obtain optimal stiffness and compliance where needed.

As expected, the Arachnid features all of the trappings the hydraulic disc brake craze has to offer, such as internal cable routing throughout, front and rear thru-axles and plenty of clearance to accommodate tires up to 28mm.

However, disc brakes aside, perhaps the best thing about the Arachnid is, like all T°Red frames, each one is made to order – thus allowing customers to have a fully customized geometry based on his or her ideal “fit”.

As with all T°Red frames, the Arachnid looks magnifico!

Developed specifically for disc brakes, the new carbon Aracnide is a handcrafted hi-tech gem combining performance, comfort and bespoke solutions in every detail.

The special construction process used for the frame, defined as BMT® (Bonded Monocoque Tubes), combines the performance, lightness and rigidity of monocoque parts with the versatility and the dimensional and fibre layup (fibre orientation, numbers, type, etc.) customisation and fitting potential of mould bonding in order to obtain an optimum performance from every frame.

Aracnide A02RC has been developed with a racing shape suitable for exceptional performances during competitive use: reactivity, rigidity and acceleration are its key weapons, combined with incredible dynamic comfort for a bicycle with such “racy” characteristics.

Comfort is guaranteed by the Vacuum Monostay Bridge system, a brand-new bridge between the vertical seat stays of the rear triangle comprised of a hollow carbon layup that makes it possible to achieve a high level of torsional rigidity within, permitting a degree of micro-flexion that allows for a considerable increase in traction, reactivity and comfort over long periods.

Rigid and reactive when required, Aracnide A02RC knows how to be comfortable on the bumpiest roads, rapid, precise and surgical in descent, and light and dynamic in ascent.