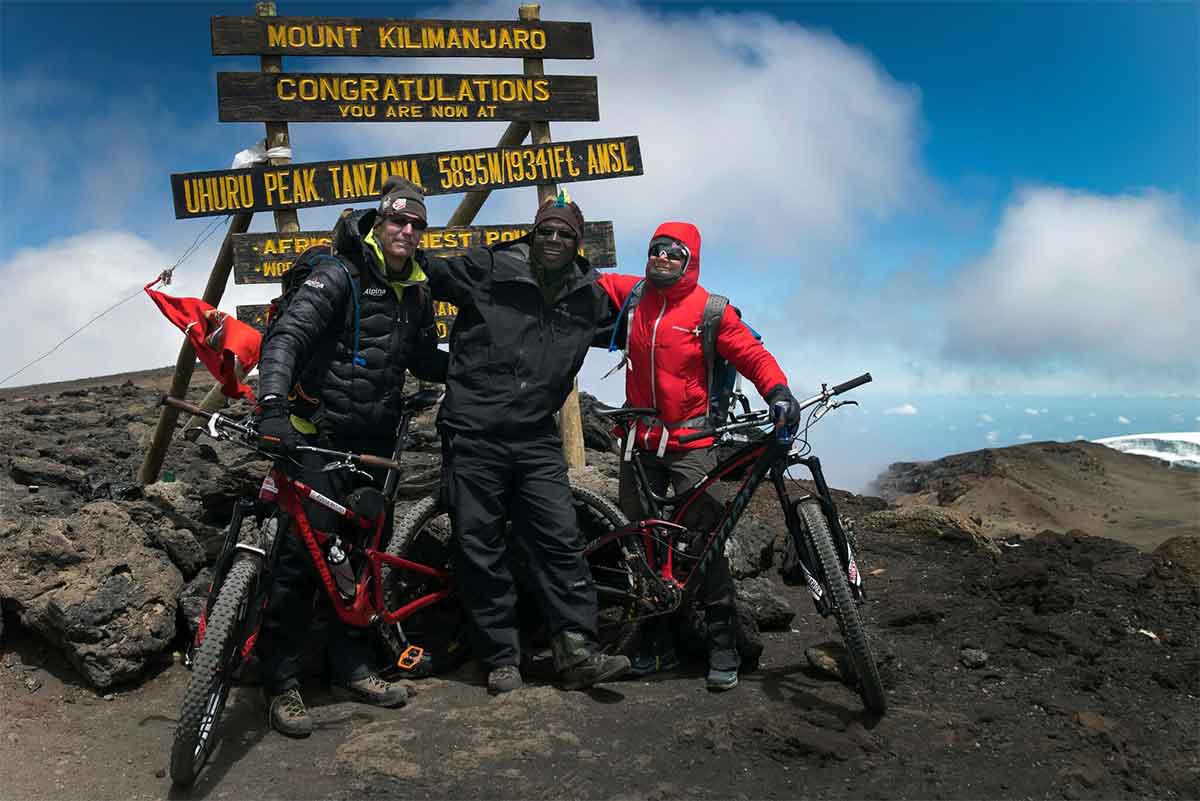 “It was absolutely the hardest ride I’ve done in my life,” said seven-time world champion, author and volunteer firefighter Rebecca Rusch of her ascent of Mount Kilimanjaro last March.

“There were a lot of unknowns,” said Rusch, “about the trail, about the elevation, about how I was going to carry my bike … Even though it was very short — probably 50 miles — it was the highest elevation I’ve ever been to.”

Rusch and Sweeney rode, carried and pushed their bikes to the summit at 19,341 feet, then braved the journey back down, with the goal to ultimately raise one dollar for every foot of elevation, equaling 131 new bikes for students in Africa.

The duo took six days to complete the round trip journey — up and down the 19,341-foot mountain, Africa highest point and one of the worlds Seven Summits.

Due to its massive elevation gain of 13,238 feet from the base to the summit, the team moved at a responsible pace to allow their bodies to acclimatize to the extreme altitude. Over 35,000 people attempt Kilimanjaro each year and the success rate is only 45-percent — and only a handful of athletes have completed the route using a bicycle.

“I love a monumental challenge like this,” says Rusch, “And it’s even more meaningful if our adventure can help change the world.” Working with World Bicycle Relief since 2013, Rusch’s efforts on Kilimanjaro will provide bicycles for individuals in Africa to help access critical resources like education, healthcare and economic opportunities.

“We were thrilled to have the support of Rebecca Rusch and Patrick Sweeney on this project,” said World Bicycle Relief co-founder Leah Missbach Day. “To conquer Kilimanjaro by bike is beyond incredible. And, to do so in effort to empower rural African students with mobility …it’s humbling. They are beautiful role models. We’re truly inspired by this duo with what they’re accomplishing on and off the mountain.”