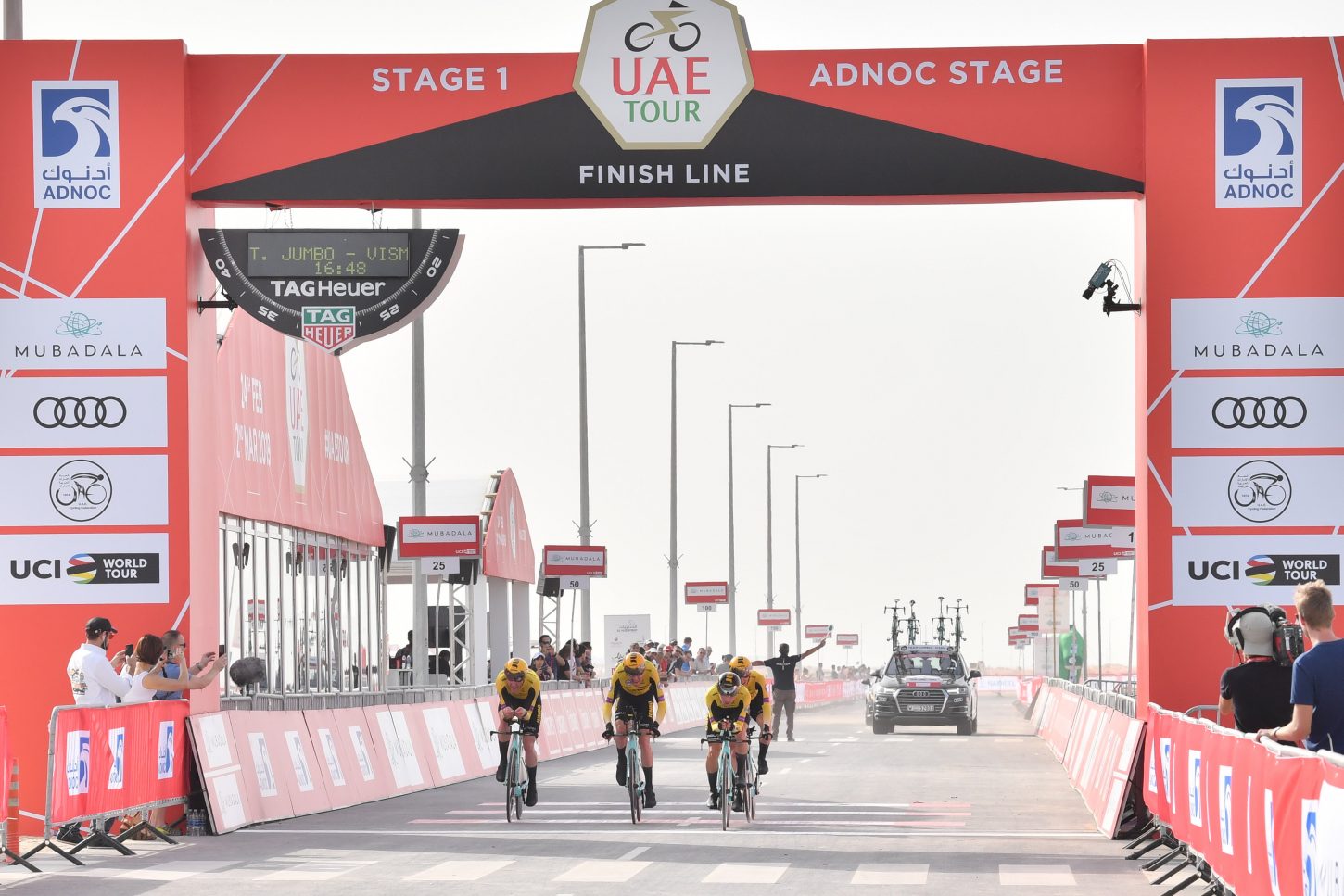 Jumbo-Visma claimed the opening stage of the UAE Tour today, after the Dutch squad clocked the fastest time of 16:49 along the 16 kilometer time trial course in Al Hudayriat – beating Team Sunweb and Bahrain-Merida.

As a result, Primoz Roglic is the first leader of the debut race, after the Slovenian rider lead his team to victory.

Bahrain-Merida also set an impressive time of 16:58, thanks to the contribution of its world time trial champion Rohan Dennis.

Speaking seconds after the stage finish, the winner Primoz Roglic said, “it was a very fast time trial and of course we’re very happy to start the season with this performance. We came here with strong time trialists. We didn’t really decided that I’d cross the line first but I took a strong turn at the end. It’s nice to be in the lead and we want to win the race overall, but there are hard stages to come and we have to take it day by day.”

The UAE Tour continues Monday with 184 kilometer second stage that’s one for the sprinters, which finishes at the Abu Dhabi Marina.