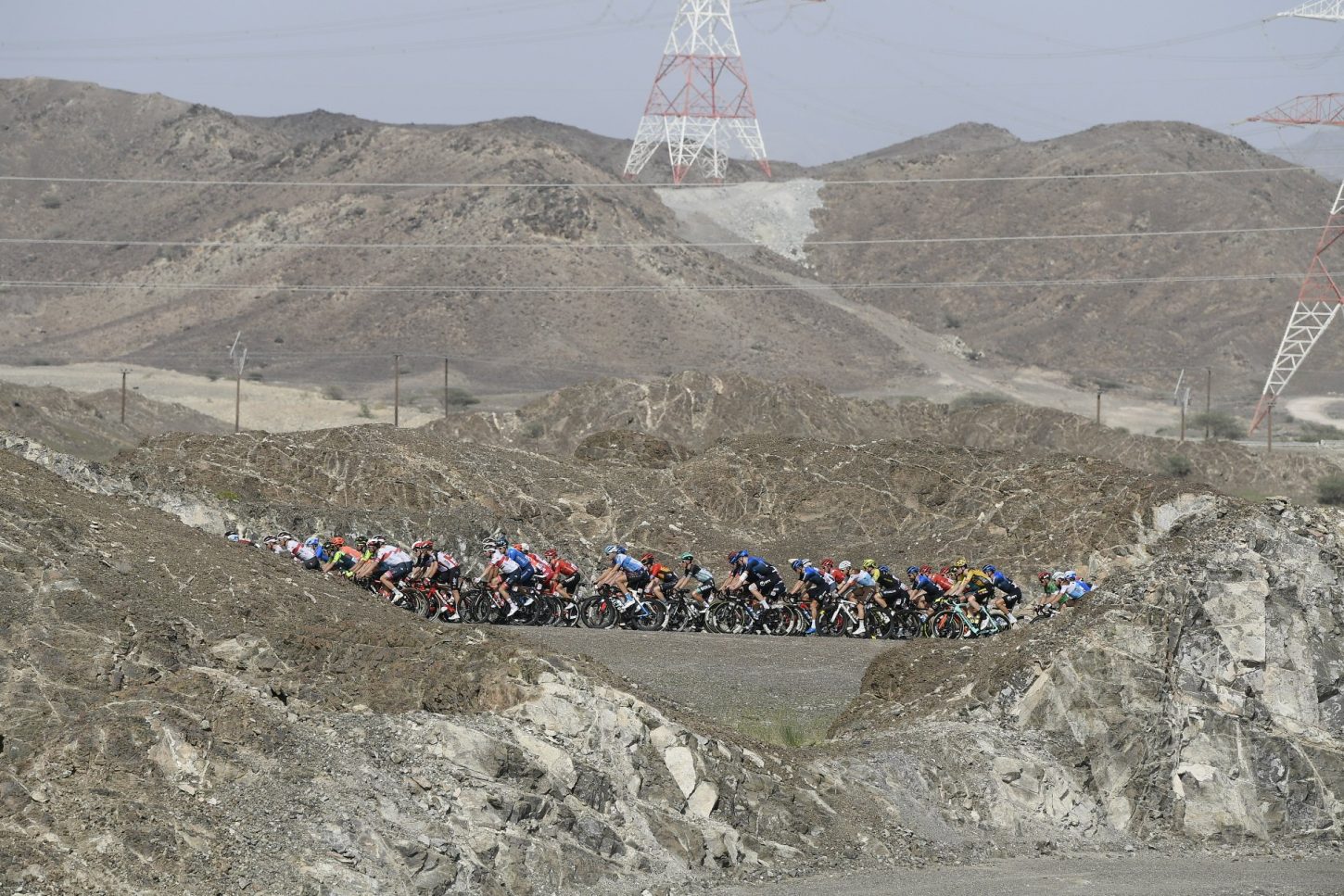 Caleb Ewan (Lotto Soudal) won stage 2 of the UAE Tour today, triumphing atop Hatta Dam, after coming around Sam Bennett (Deceuninck-QuickStep) who lost his impetus during the last 50 meters to claim the stage honors.

Ewan now leads Bennett by 12 seconds in the overall standings, with Demare in third at 16 seconds back followed by Nikolai Cherkasov (Gazprom-RusVelo) in fourth at 17 seconds back.

Vini Zabu’ KTM’s Veljko Stojnic and Leonardo Tortomasi once again spent the day out front together, eventually building up an advantage of 4:30 over the peloton, while Stojnic took the points at the first intermediate sprint.

However, with 24 kilometers remaining, the peloton had succeeded in reducing the duo’s gap to just 1:30.

Heading into the final climb, yesterday’s stage winner Pascal Ackermann (Bora-Hansgrohe) and Mark Cavendish (Bahrain McLaren) were among the sprinters to lose contact – along with Chris Froome (Ineos), while Ewan and Bennett showed no signs of difficulty.

Nearing the summit, Victor Campenaerts (NTT) launched an attack, only to be joined by Trek-Segafredo’s Nicola Conci.

From there, the pair opened up a slight lead of 20 seconds before being caught with 3.5 kilometers to go, while Froome made a last effort to try and regain contact with the lead group to no avail.

After some indecision amongst the leaders during the last kilometers, Astana took control of the race, leading Gorka Izaguirre up the climb with 2 kilometers to go, while Alexey Lutsenko (Astana Pro Team) clung to his wheel.

With 700m to go, Jasper De Buyst (Lotto Soudal) surged in an effort to bring Ewan to the front.

However, Bennett was quick to counter with an early sprint. But, Ewan judged his winning move to perfection to out flank his Irish rival during the waning moments of the stage to seize the victory.