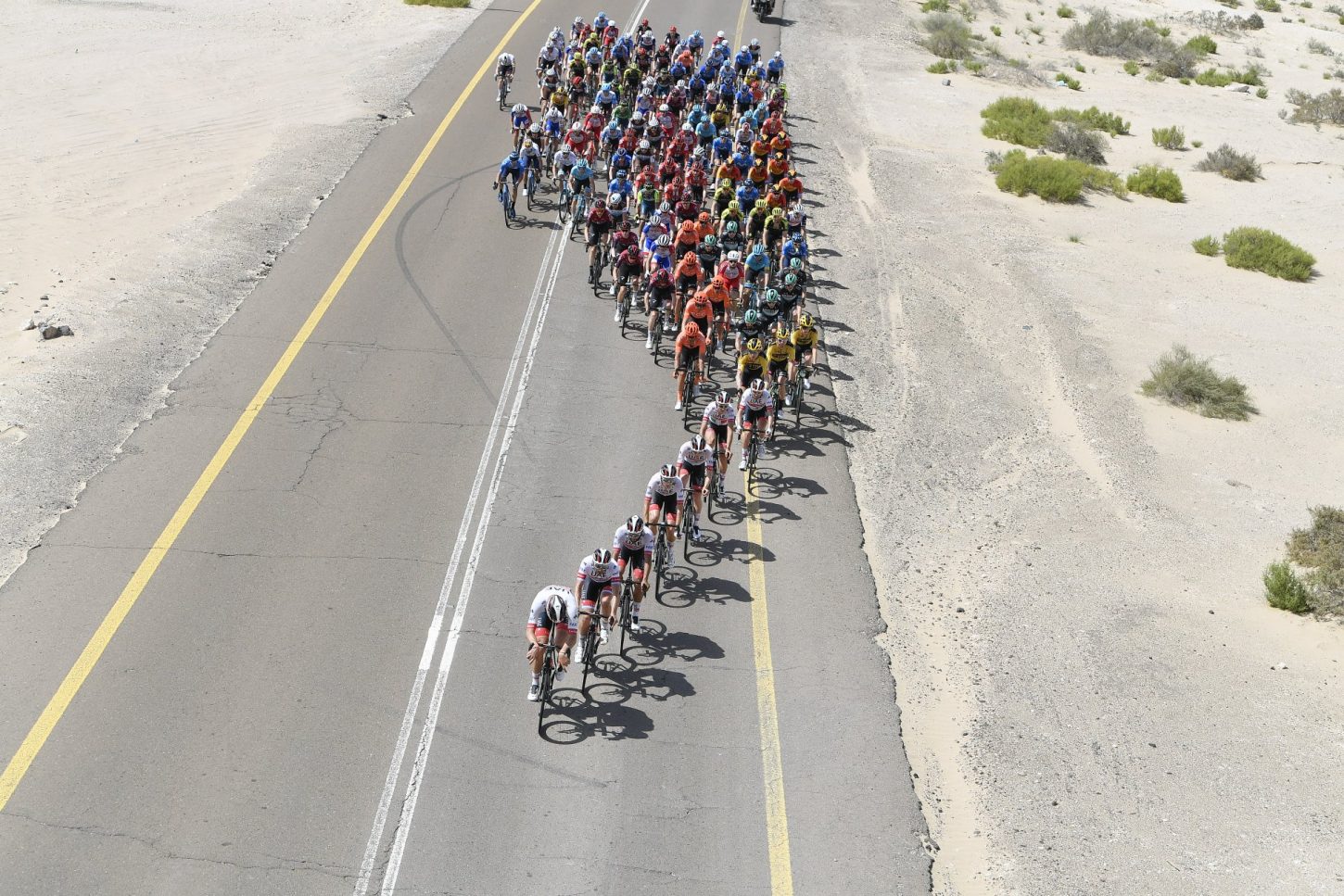 In one of the most impressive finishes to a hill climb, Adam Yates (Mitchelton-Scott) pulled clear of his rivals on the steep ascents of Jebel Hafeet to win stage 3 of the UAE Tour by a little over a minute today.

Pogacar didn’t bother at the start leaving Lutsenko and Gaudu to chase after Yates, but he was left to rue that call afterwards as he could only catch the chasers, while the British rider kept building on his lead all the way up.

At the end of it Yates pumped his chest with both hands as he crossed the finish alone clocking 4:42:33. Pogacar rode in 1:13 later with Lutsenko, Gaudu and Rafal Majka riding in together a further 27 seconds adrift.

“It’s my first race of the season, so it’s difficult to know how everyone’s going,” said Yates, who was fourth in the general classification at the 2016 Tour de France.

Yates’ overall time after three stages is 12:30.02 and he was surprised at the distance he was able to put between himself and Slovenian Pogacar, who now lags by 1:07 overall. Lutsenko is 1:35 behind. Yates, who took over the Red Jersey from Caleb Ewan, said: “A minute is a lot, but we have to do this climb again on Thursday (during Stage 5), and maybe my legs won’t be so good then.

“Also, tomorrow, I heard a rumour there are going to be crosswinds, so we’ll see. I’ve got a good group around me and I’ll try and hold onto the lead as long as possible.”

Ewan holds the Green Jersey for the General Points classification as he leads with 36, with Black Jersey incumbent (Intermediate Sprint) Veljko Stojnic second with 29 and Yates third with 23.

Pogacar topped the young riders summit and kept the White Jersey with his time of 12:31.09, with Gaudu second 33 seconds adrift and Team Ineos’ Edward Dunbar a further 26s behind.

Earlier in the race, a small breakaway group containing riders like Victor Campenaerts and Jasper De Buyst managed to escape.

However, their efforts were eventually brought to a close at the start of the final climb, with Yates commencing his winning move, leaving race favorites like Alejandro Valverde (Movistar) and Chris Froome struggling behind.