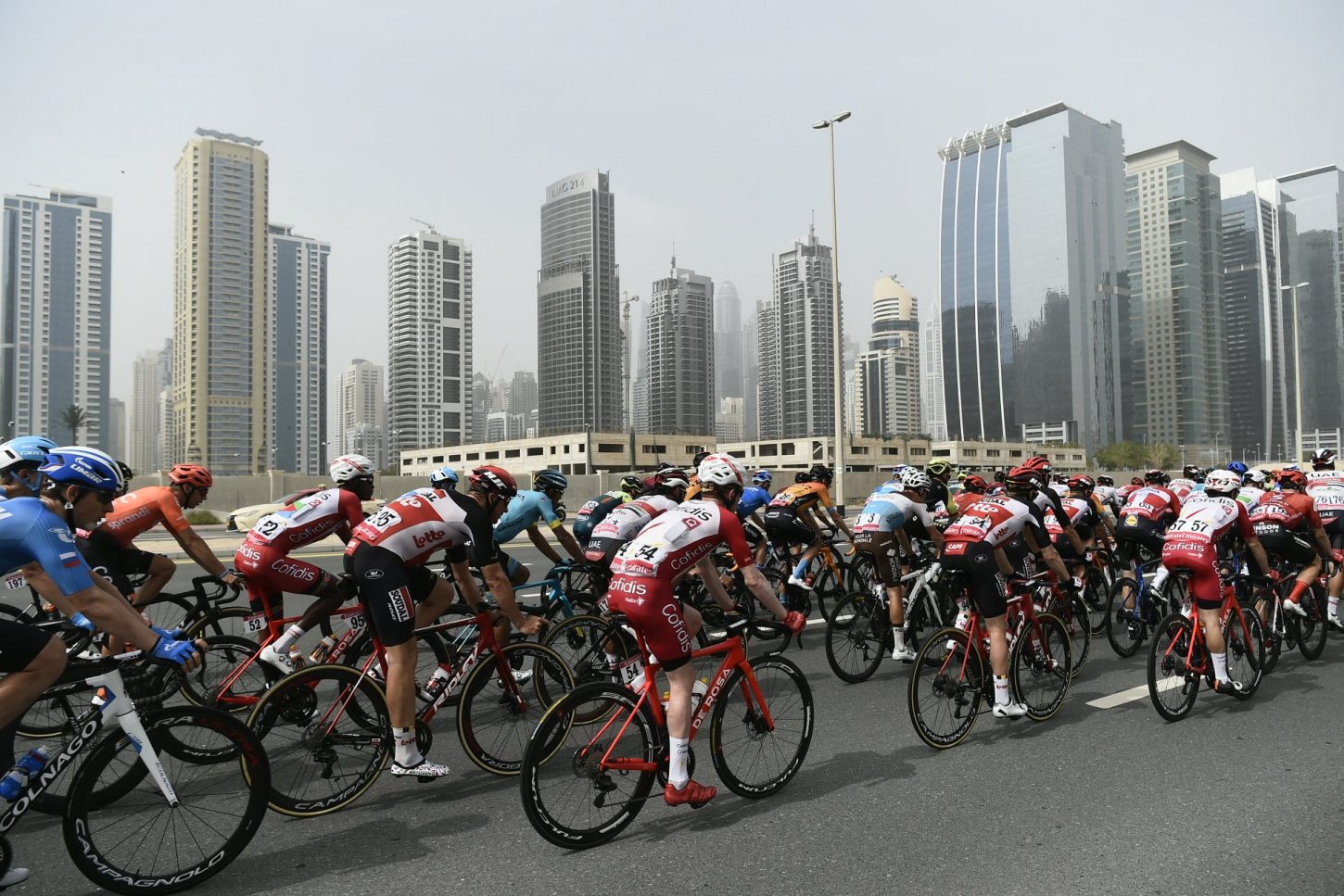 Dylan Groenewegen won stage 4 of the UAE Tour today, as the Jumbo-Visma sprinter surged to the line ahead of Fernando Gaviria and Pascal Ackermann to claim his first WorldTour race of the season.

The Dutch rider claimed the 173 kilometer stage from Zabeel Park to Dubai City Walk, while overnight leader Adam Yates (Mitchelton-Scott) finished safely in the bunch to keep hold of his red jersey.

“This victory is really nice since all the top sprinters are here, including myself so I looked for the best position to launch my sprint. The speed was very good. My team put me in an excellent position. They did a very good job in the last 3km. I won because I was where I wanted to be in the last corner,” Groenewegen said after winning the stage.

For much of the 173km stage it looked as though there wasn’t going to be a bunched finish as Trek-Segafredo’s Will Clarke and Veljko Stonjic built a lead of a few minutes heading into the final 30 kilometers.

But as Stonjic dropped off after successfully extending his lead in the intermediate sprints classification, Clarke pushed on but was eventually caught 7.5 kilometers from the line, as Quickstep climber James Knox led with 4 kilometers to go.

Mitchelton-Scott took pole position as it headed into the home straight, though an organized QuickStep looked as though they had done enough, but Groenewegen proved too fast for Bennett after the Irishman’s lead out as the Dutchman took the top spot.

Gaviria’s attempt to challenge Groenewegen 50 meters to go was not enough, relegating the Colombian rider to second place, while Ackermann passed Bennett for the final spot on the podium.