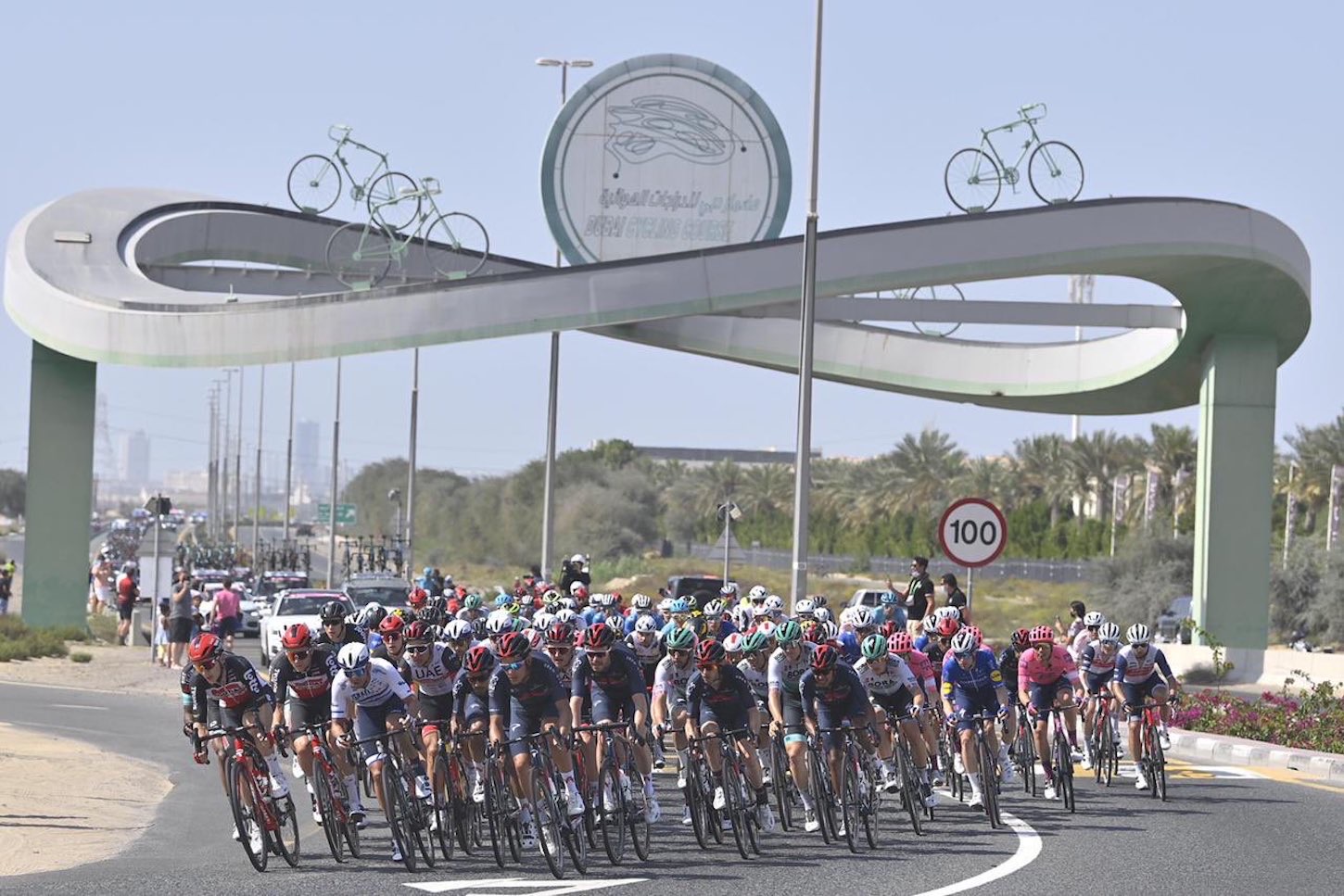 The Irish rider proved no match for rivals, snatching the stage honors for the second time in this year’s race.

“It feels amazing. Again, I wouldn’t have done it without my team-mates today,” Bennett said when interviewed after the stage.

“I think the more sprints we do together, the better we’re getting. It’s becoming more second nature.”

“It’s just about repeating the same thing and making decisions in the final”.

From there, the sextet opened up an advantage of almost four minutes during the opening half of the race.

However, strong headwinds along the highways leading into Dubai continued to chip away at their lead, with the peloton eventually reining the group in with around 25 kilometer remaining.

Shortly thereafter, Dmitriy Gruzdev (Astana-Premier Tech) attacked off the front of the newly reformed peloton, but the Kazakstan rider was soon reeled back in with 15 kilometers to go.

With the peloton now back together, the race continued its build-up toward an inevitable sprint finale.