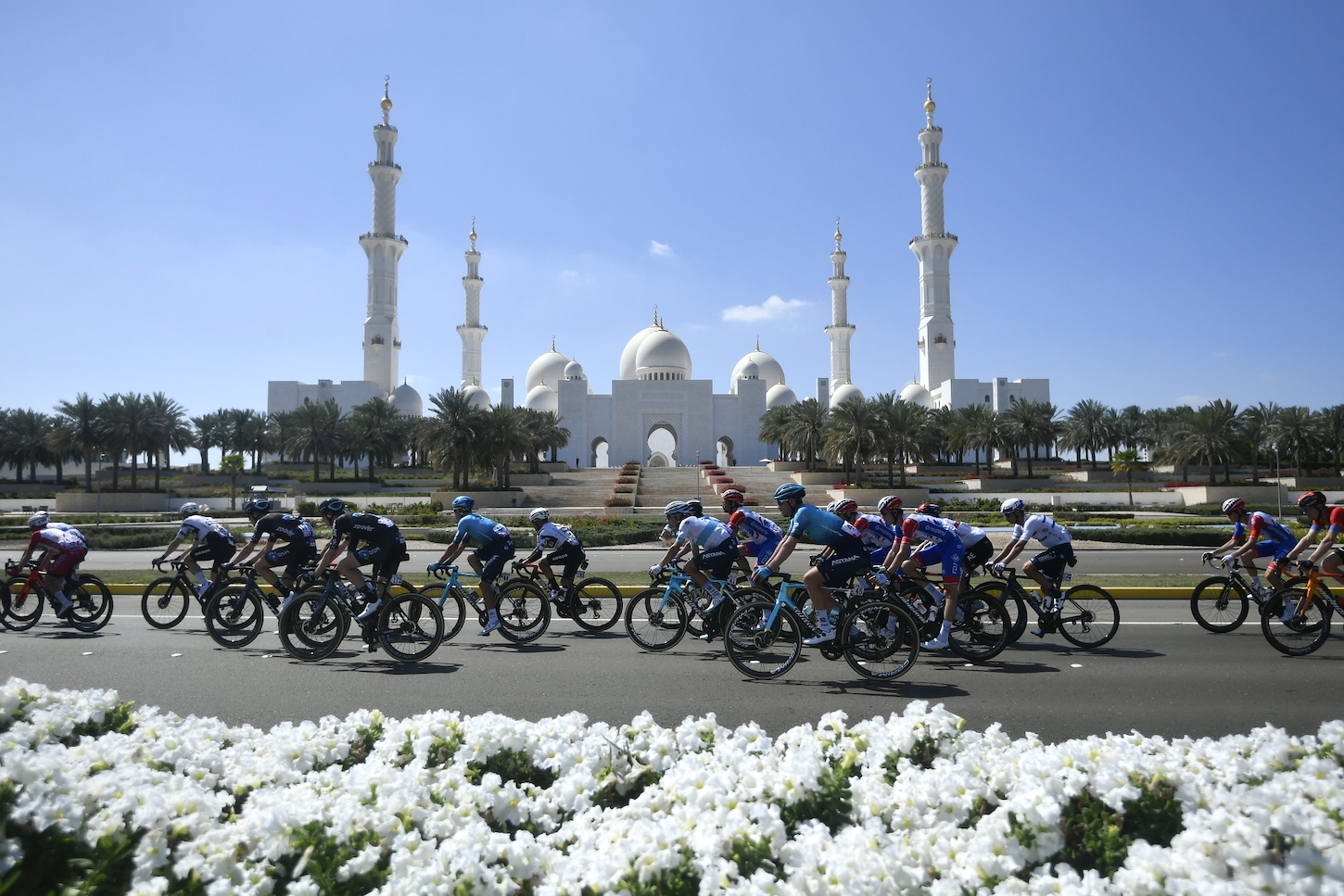 Tour de France champion Tadej Pogacar clinched the overall title in the UAE Tour today, while Caleb Ewan claimed the seventh and final stage in a sprint finish ahead of Sam Bennet.

In command of the general classification since Monday’s time-trial Pogacar, went on to win Tuesday’s summit finish stage and carefully managed his lead in Thursday’s second hilltop finish.

In the closing stage Team Ineos’ Adam Yates was victim of a fall 40 kilometers from the line, but dusted himself off to climb back on board his bike to rejoin the peloton to secure the second spot on the final podium.

Deceuninck – Quick-Step took to the front looking to guide Bennett to what would be an impressive third sprint win in this year’s race.

However, as the sprint trains jostled for position, Ewan was delivered to the front by his Lotto-Soudal team, only for the wave of sprinters to come back over the top.

Ewan then got himself onto Bennett’s wheel as the Irishman surged past, guided by his teammate Michael Mørkøv.

But, the Australian rider was keen to mark his move, pouncing past Bennett during the closing meters to seize the stage honors.