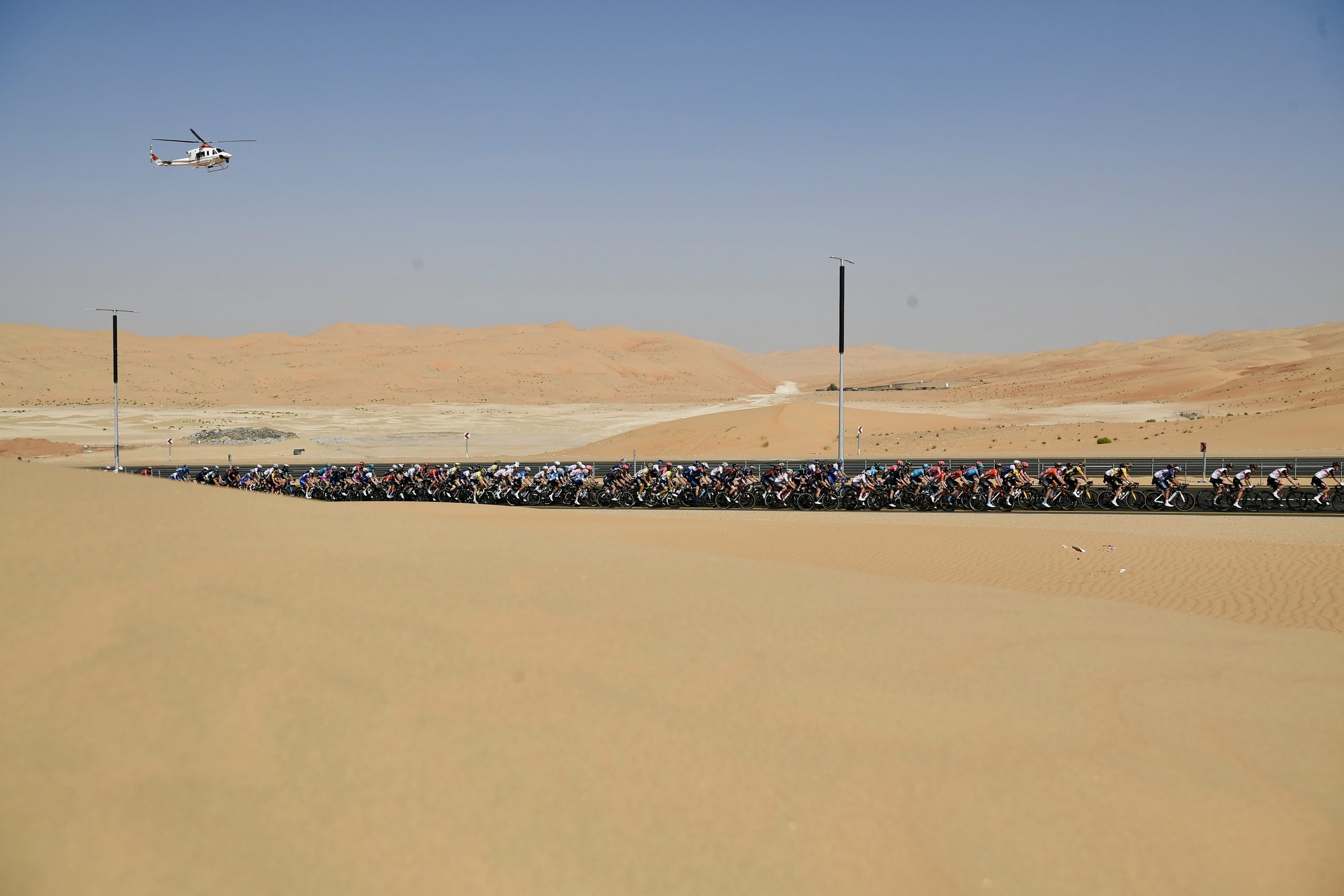 Jasper Philipsen took his first ever stage victory at the UAE Tour as he successfully out-sprinted a star studded field of fast men in the bunch sprint at the end of stage 1.

Sam Bennett, Elia Viviani and Dylan Groenewegen surrendered after the Alpecin-Fenix rider launched his sprint from far out, taking advantage of the tailwind. He claimed three of the four distinctive race jerseys: GC, points and best young rider, while breakaway rider Dmitrii Strakhov of Gazprom–RusVelo took the Black Jersey of the intermediate sprints.

It was the first major gathering of sprinters, with much expected of Bennett and Philipsen in particular; both of whom made their first starts in stage one of this race, while Arnaud Demare (Groupama-FDJ), Pascal Ackermann (UAE Team Emirates) and Alberto Dainese (DSM), were hoping to get off the mark after slow starts.

With 35 kilometers of the race still to go, it looked all set for a sprint finish, with Cavendish, Philipsen, Bennett, Ackermann, Viviani, Démare, and Groenewegen all involved and adhering to the pre-race script for this stage.

While all seemed to be going smoothly for the leading contenders, there was a crash in the peloton with Rick Zabel (Israel-Premier Tech) taking a tumble after a touch of wheels.

It was a peloton lacking any significant pace, with the speed at just 40 kph, in what made the term ‘sprint finish’ a tad ironic.

But the race livened up with a bump in the peloton, which fortunately did not lead to any crashes, as the pace increased to 55 kph.

The pace then increased to 70 kph in the final three kilometers, it initially looked like Bennett had crossed the line first.

However, it then came to light that Philipsen made his move up on the nearside barriers to take the victory in a thrilling end to the race.