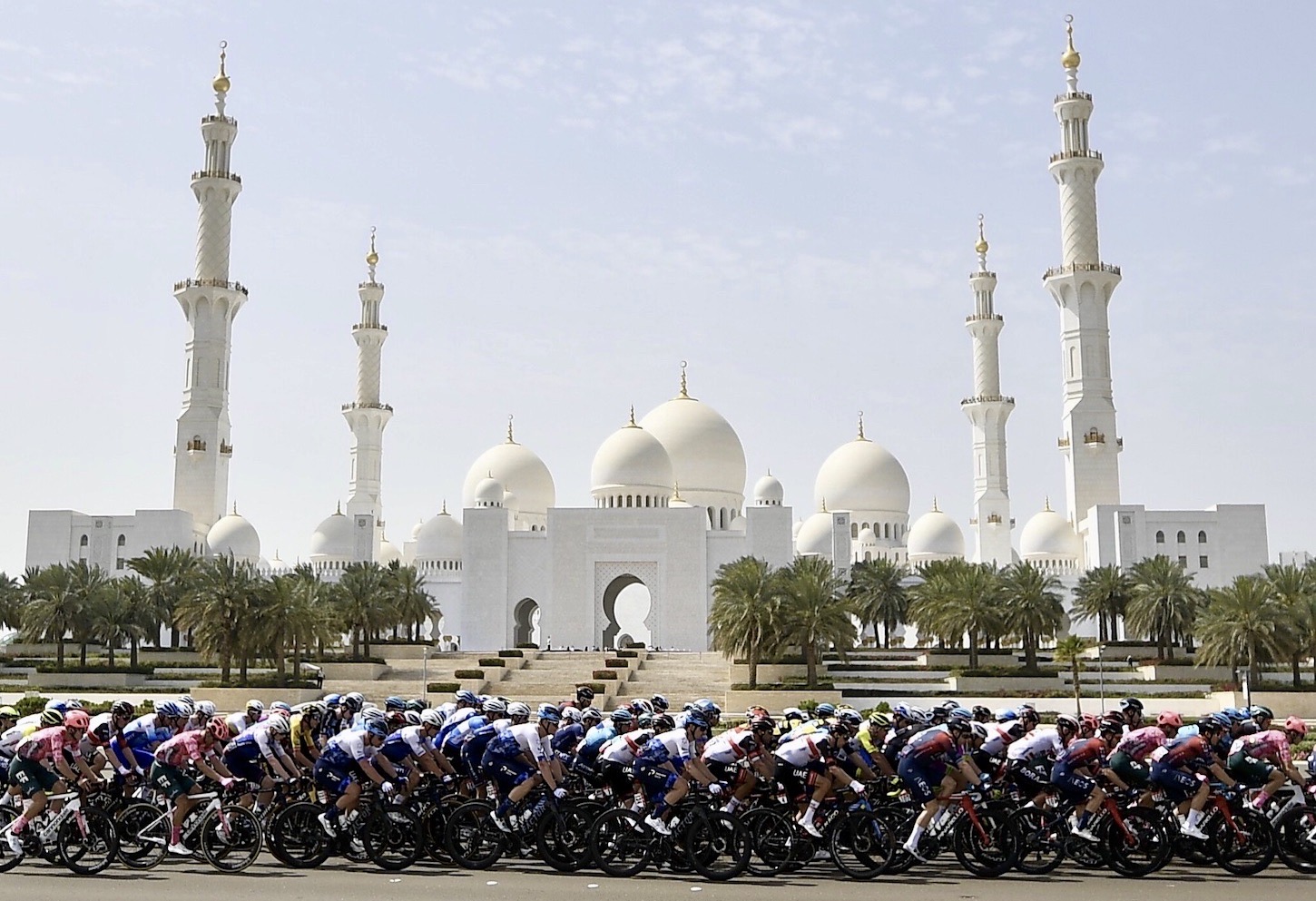 Mark Cavendish lavished praise on his Quick-Step Alpha Vinyl team after their contribution to his win in stage 2 of the UAE Tour today.

Cavendish burst off his lead train a long way out from the line but had enough in the tank to hold off Jasper Philipsen, who had taken victory in Sunday’s opening stage.

Philipsen, however, did retain the leader’s red jersey with a lead of four seconds over Dmitrii Strakhov.

“I’m just happy,” Cavendish said. “Happy that we could win here, but more so just how the team worked today.

“A third of the team here today are first-year professionals – this is the first or second race of their career.

“Seeing how they rode today they were like seasoned professionals. And that’s after one day of talking about how we didn’t get it right yesterday.

“Fortunately they did it so well I could go for 250-300 meters into a headwind. That’s usually too far into a headwind but I was delivered so well that I knew I’d have the energy to take it to the line.

“I’m quite fortunate I felt Philipsen coming fast at me – we knew he’s in good form after his sprint yesterday so I’m happy we could hold off and take the win.”

The stage had seen the riders take on a flat, circuitous 176 kilometer route from Al Hudayriat Island to Abu Dhabi Breakwater, quickly shaping up to look like another day for either a breakaway or a sprint finish.

For much of the early part of the stage the former looked likely with Michael Kukrle, Strakhov and Pavel Kochetkov forming a trio out front.

From there, the trio went on to establish an advantage of more than three minutes over the peloton, before being reined in with 36 kilometers to go, with all eyes then becoming focussed on the sprinters.