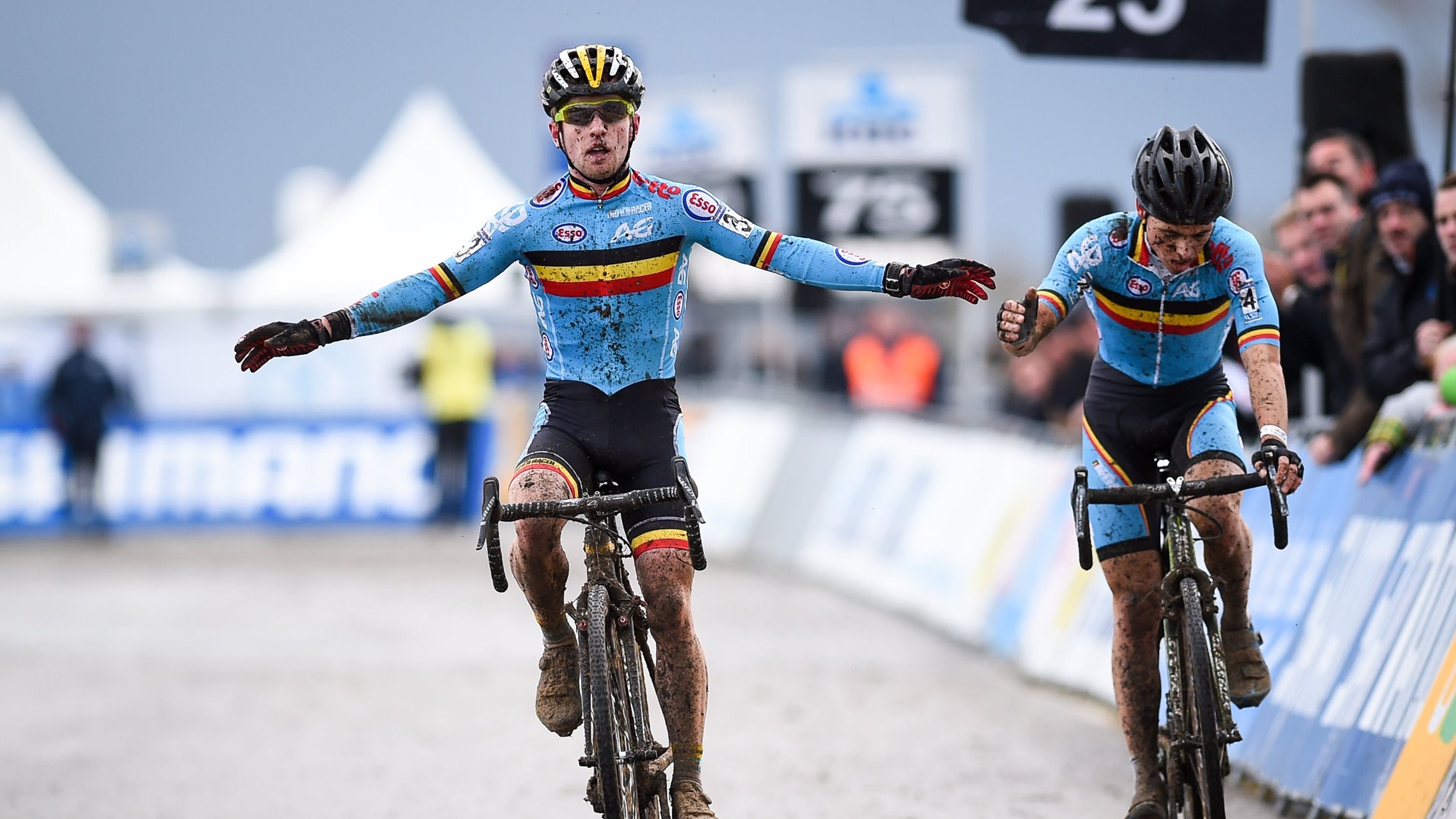 19 Dec 2015
By Gianni Pericolo - In LATEST ARTICLES, THE GREAT RACE

The 2015-2016 UCI Cyclo-cross World Cup reaches its halfway point with the fourth round in Namur, Belgium, on Sunday. The extremely demanding course is wrapped around the slopes of the Namur citadel in the south of Belgium. Wout van Aert (Vastgoedservice-Golden Palace) defends a narrow lead in the Men Elite category. In the Women’s category Sanne Cant (Belgium) took over the lead in the World Cup standings during the last round in the dunes of Koksijde, Belgium. Former UCI Cyclo-cross World Champion from the Netherlands, Lars Boom (Astana) will make a short return from road to cyclo-cross on Sunday afternoon.

The steep climbs and drops around the citadel and the multiple off-camber sections don’t allow for lucky winners in Namur. Although the course will never be smooth, with little rain this week and spring-like temperatures up to 15 degrees Celsius forecast, it will probably be slightly less technical than usual.

Boom faces a difficult task to capture a good result in Namur. The 29-year-old will not receive any gifts from the other riders, who are out to collect valuable World Cup and UCI points. Young Belgian rider van Aert currently leads the UCI World Cup standings, a mere five points ahead of Sven Nys (Belgium). In nearly all races last month van Aert has shown that he’s enjoying splendid form, with Nys being best of the rest. Last year in Namur, van Aert won a top-quality race in the Men Under 23 category ahead of Mathieu Van der Poel. Apart from van Aert and Nys, Lars van der Haar (Giant-Alpecin) is still in the mix for World Cup glory, trailing van Aert by only 20 points.

The race in Namur is a unique chance for Kevin Pauwels (Sunweb-Napoleon Games) to get back in contention for the overall World Cup victory. Last year the strong Belgian climber captured a convincing solo victory in Namur, repeating his victory from 2012. Pauwels finished ahead of Van der Haar and German rider Philipp Walsleben (BKCP-Corendon). So far this season Pauwels has failed to make an impression on the 2015-2016 World Cup. He is in fourth position overall, lagging van Aert by 59 points. Walsleben is also a shadow of the rider he was around this time last year.

In the Women’s category Cant moved into the lead of the UCI World Cup standings after capturing a very convincing victory in the Koksijde sand, which is her favourite terrain. Previous leader Eva Lechner (Colnago-SudTirol) struggled in these conditions and only managed ninth place. However, the mountain bike-like course in Namur is slightly in favour of Lechner, who combines cyclo-cross with the mountain bike discipline. Last year she finished eighth, and the year before fourth. Cant twice finished in sixth place. The Cant-Lechner dual will be a race within the race, as they eye the white leader’s jersey. They will not have to battle last year’s winner Katerina Nash (Luna Pro Team). The Czech rider won in 2014 ahead of now-absent Marianne Vos and Katherine Compton (USA). US Champion Compton is definitely a force to be reckoned with, as is her young compatriot Kaitlin Antonneau (Twenty 16 p/b Sho-Air) who was runner-up in the second World Cup round in Valkenburg, Netherlands. In-form British Champion Helen Wyman (Kona Factory Team) and her compatriot Nikki Harris showed last week in Spa-Francorchamps that their climbing skills are at their best.