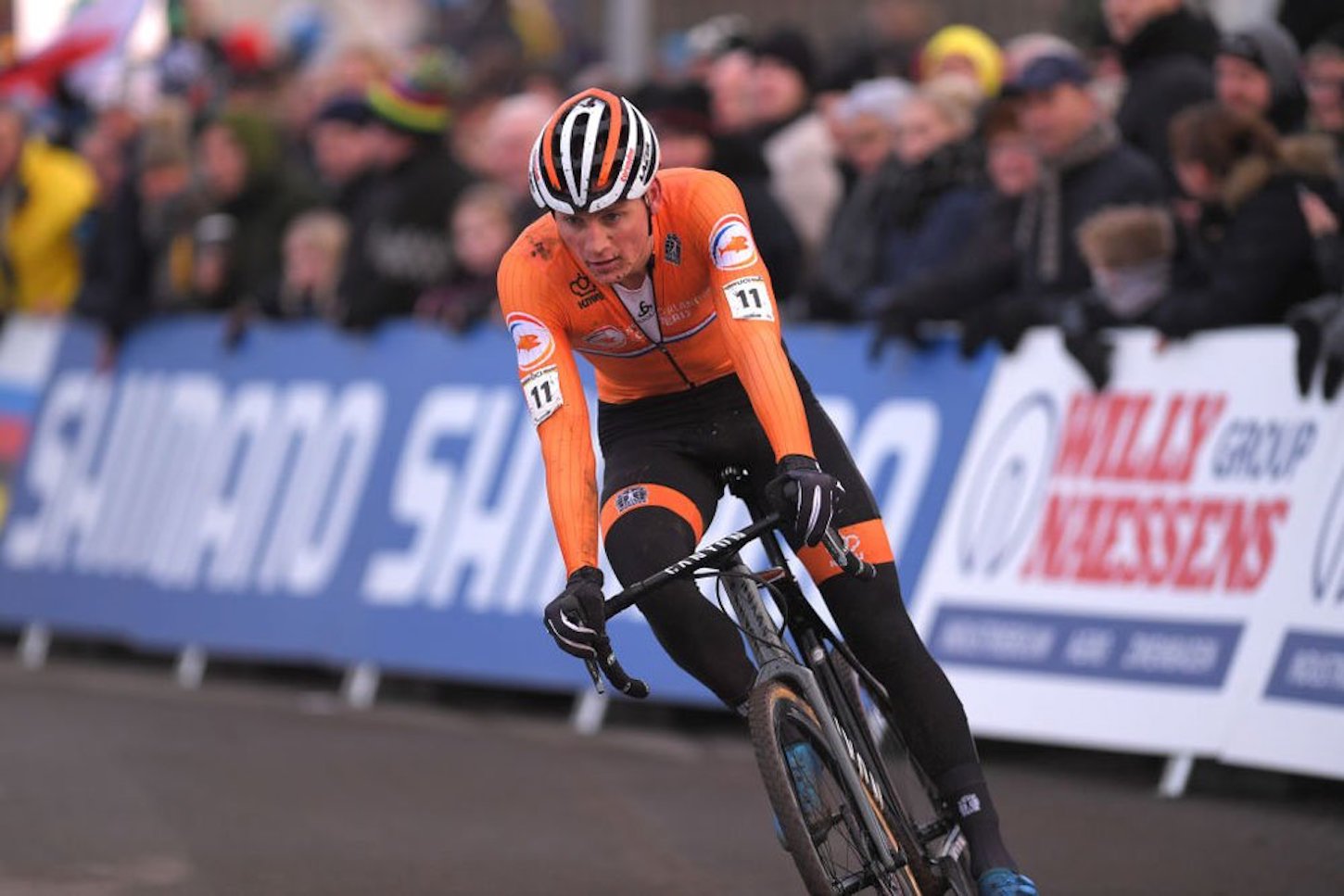 After having been beaten by Wout van Aert for the past three years Mathieu van der Poel claimed the UCI World Championship cyclocross race in Bogense today, claiming the rainbow jersey for the second time in his career.

The 24-year old Dutch rider left no doubt that he was the strongest rider today, jettisoning the field half-way through the race and extending his lead over van Aert to more than 30 seconds at one point.

In a joint effort to crack Van der Poel, the Belgians initially forced the pace at the front during the first two laps, but by the third lap only van der Poel and van Aert managed to keep pace.

Soon after, van der Poel exploited a technical error on the part of van Aert, which proved to be insurmountable for this Belgian rival.

Meanwhile, third-place finisher, Toon Aerts, managed to regain lost ground on van Aert during the penultimate lap just before he faltered during one of the course’s most technical areas, allowing the three-time World Champion to clench second place – sixteen seconds behind Van der Poel.

“There was a lot of weight coming off my shoulders when crossing that finish line. It was a very long race for me. Finally it comes together again,” Van der Poel said in the post-race interview.

“I’ve had an incredible season so far and I was very confident today but still, it’s a world championship and it’s always hard to win. I’m glad I can wear the jersey again. It’s been too long.”

“The cross was pretty hard. I rode on the rhino tyres and it was quite difficult to make some speed on this course. I immediately felt that I was good. Wout did a very strong first half of the race. Coming back to me was… I had to be strong mentally. I’m very happy to pull it off today”, he added.