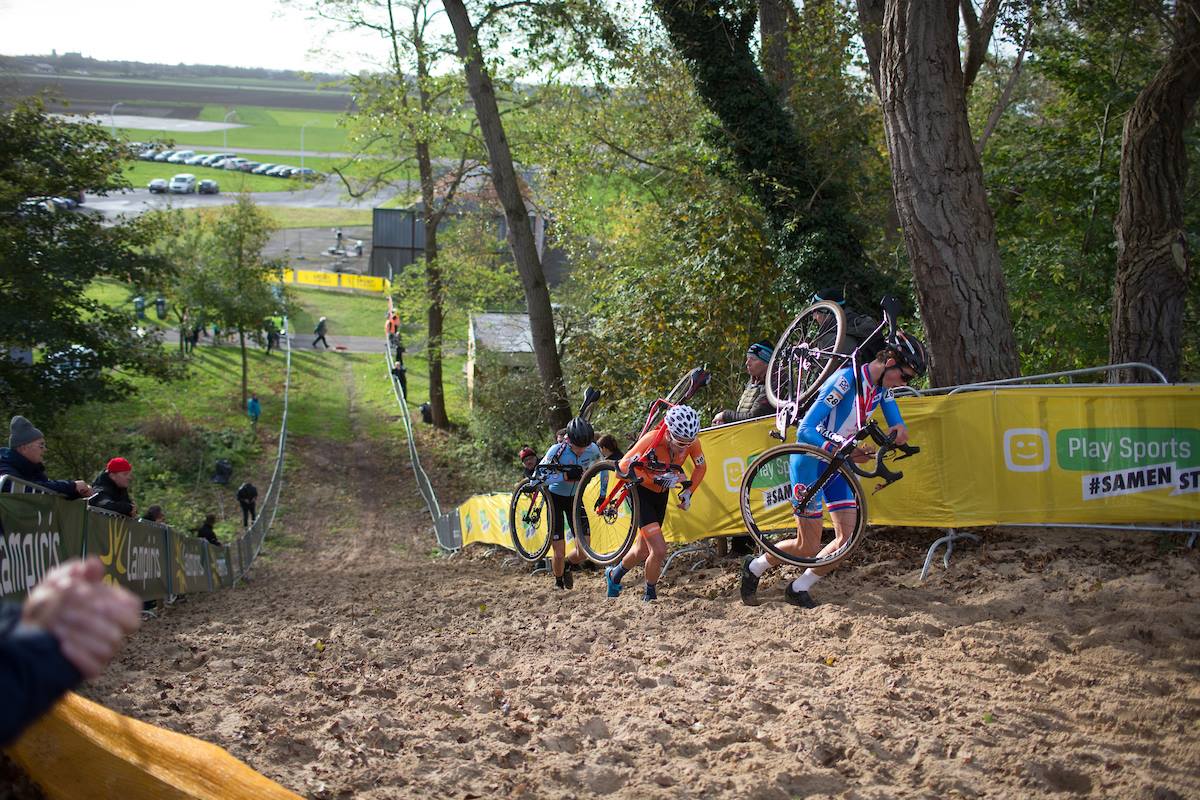 Riders from 16 nations took to the sand dunes of Koksijde, close to the North Sea in Belgium, for the third round of the Telenet UCI Cyclo-cross World Cup on Sunday.

Mathieu van der Poel was seemingly unbothered by the shoulder injury he sustained during the C2-race in Boom on Saturday, taking his third consecutive World Cup win. The Dutch rider took the lead early on, and halfway through the second lap, nobody was left on his wheel. Fellow Dutchman Lars van der Haar (Telenet Fidea Lions) took second and UCI World Champion Wout Van Aert, who suffered mechanical problems in the penultimate lap, claimed the final podium spot. Van der Poel has the maximum of 240 points in the overall standings, 80 points more than second-placed Laurens Sweeck (ERA-Circus).

All the results and rankings.

Maud Kaptheijns, 23, would appear to be the new Dutch kid on the block in the Women’s category. In 2015, Kaptheijns was crowned Women Under-23 European Champion, and a year later was bronze medalist in the same category at the UCI World Championships. Last season, Kaptheijns started mixing with the best in the Women Elite category. Her best result in the UCI Cyclo-cross World Cup was sixth in Zeven (Germany). At the end of the season, Kaptheijns sprinted to her first victory in the Women Elite category, beating UCI World Champion Sanne Cant in her hometown Lille. This year, she has taken another step forward. In October, she captured the wins in all three Superprestige rounds – on various terrains – before taking her first-ever World Cup win in Koksijde. She moves up from seventh to fourth in the World Cup standings.