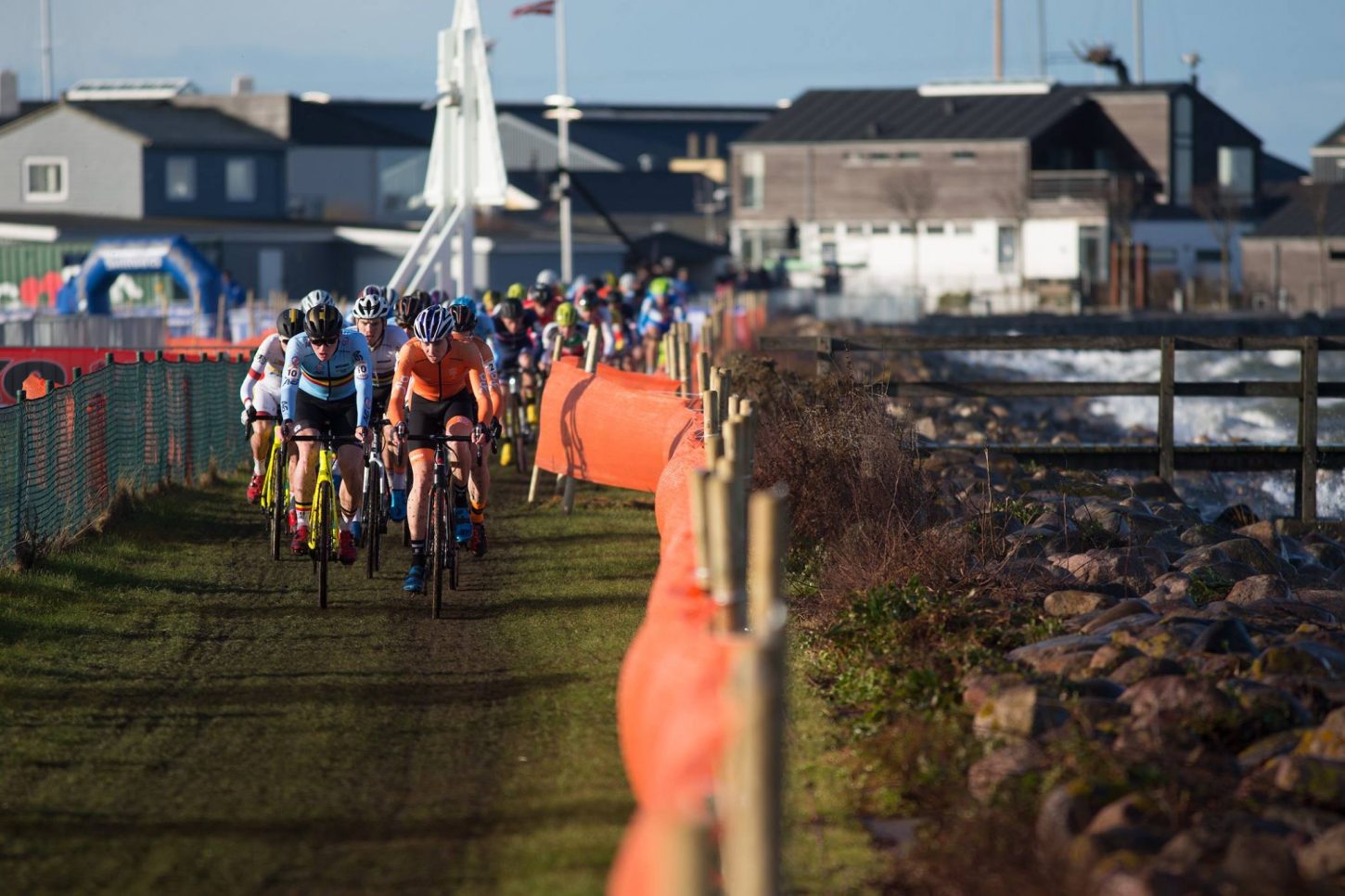 The picturesque harbour and camping site of Bogense hosted the first ever Danish round in the history of the UCI Cyclocross World Cup. Overnight rain turned the 2900m long course into a muddy challenge for the more than 200 riders from 19 nations. The race was also a test event for the 2019 UCI Cyclocross World Championships which will be held on the same site.

In the Women’s race, UCI World Champion Sanne Cant (Beobank-Corendon) captured a hard-fought victory over British rider Helen Wyman (Kona Factory Team). After gaining the edge in the final laps, Belgium’s Cant dropped her chain in the final lap and saw Wyman overtake her. However, she kept her cool, put her chain back on and chased down Wyman to take her second World Cup win of the season. Kaitlin Keough (Cylance Pro Cycling) finished third.

Laura Verdonschot (Marlux-Napoleon Games) was again the first U23 rider in the Women’s race, finishing ninth. Thomas Pidcock (Great-Britain) took a commanding solo win in the Men Under 23 category, as did Czech rider Tomas Kopecky in the Men Junior’s race.

With the first UCI World Cup Men Elite podium of his career in Bogense, Toon Aerts has shown he is a force to be reckoned with. The tall Belgian rider, 24, came close last season with fourth place in CrossVegas, USA, and again in Heusden-Zolder, Belgium. During the penultimate World Cup round in Fiuggi, Italy, the 2016 European Champion seemed on his way to a first World Cup podium when he had a crash that ruled him out of the race and the remainder of the cyclo-cross season. After Bogense, he now lies 7th in the overall World Cup standings.