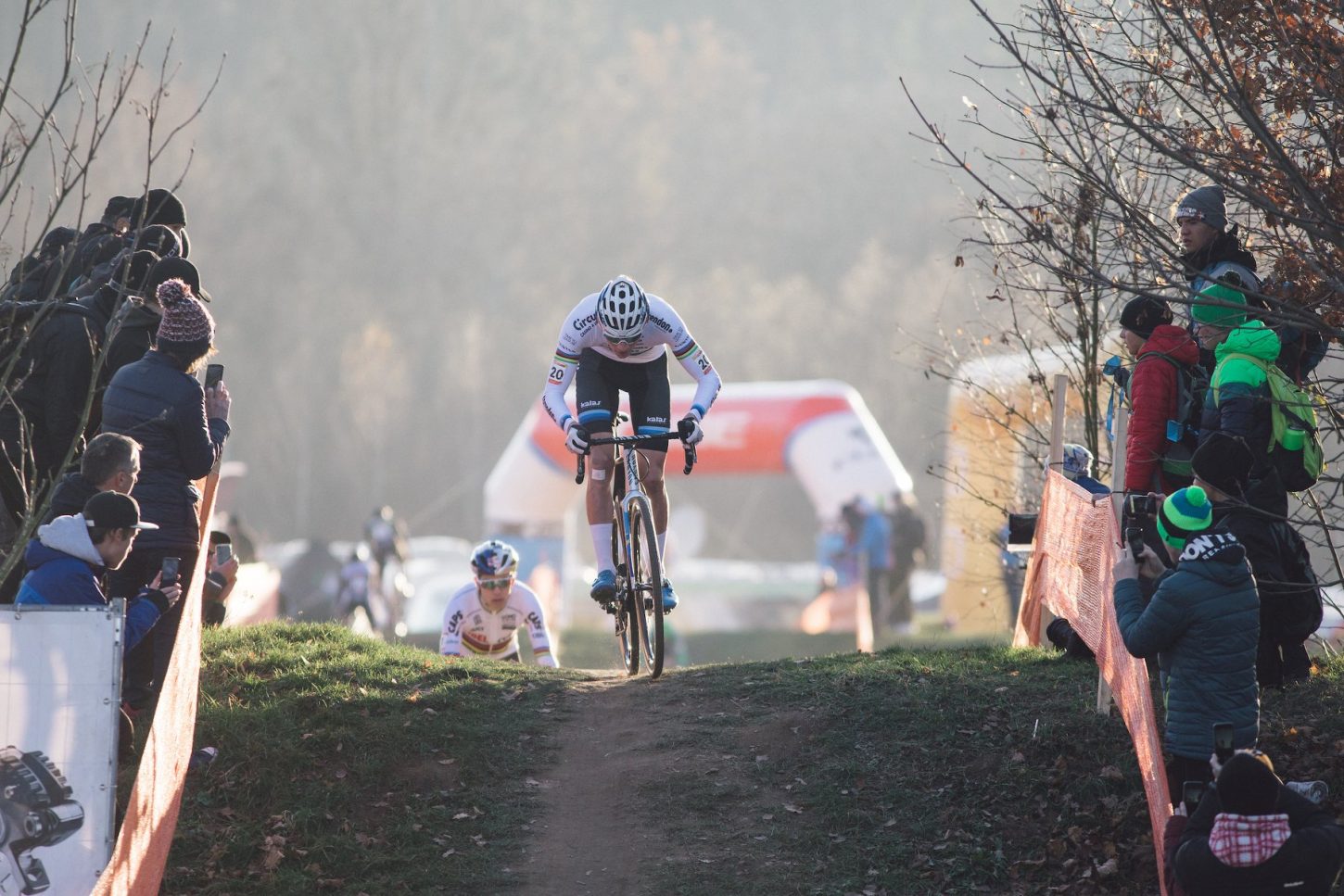 More than 200 riders from 20 countries gathered in Tábor for the fourth round of the Telenet UCI Cyclo-cross World Cup, the 10th time the Czech town has hosted a round of the series. Dutch riders Mathieu van der Poel (Corendon-Circus) and Lucinda Brand (Team Sunweb) were the two Elite winners.

A strong early pace in the men’s race meant that halfway through the second lap only five riders remained in front. Through a series of icy corners, Mathieu van der Poel moved into the lead and never relenquished his advantage. The European Champion remains unbeaten in Tábor since 2011. Michael Vanthourenhout (Marlux-Bingoal) won a last-lap battle for second place from Lars van der Haar (Telenet Fidea Lions). Toon Aerts (Telenet Fidea Lions) was fourth and remains in the lead of the UCI World Cup. UCI World Champion Wout van Aert (Belgium) struggled in Tábor and only managed seventh place.

Third place for Lars van der Haar in Tábor was his best World Cup result of the season. The 27-year-old ‘pitbull’ from Woudenberg, the Netherlands, was a double UCI World Champion in the Men Under-23 category back in 2011 and 2012. He burst onto the scene in the Elite Men category with bronze at the Louisville 2013 UCI Cyclo-cross World Championships. He also finished on the Worlds podium in 2015 and 2016. During the 2013-2014 season he won World Cup rounds in Valkenburg, Tábor and Heusden-Zolder and clinched the overall World Cup victory. He captured the maiden European title in 2015. After battling injuries and illness the last few years, he is on his way back this year.