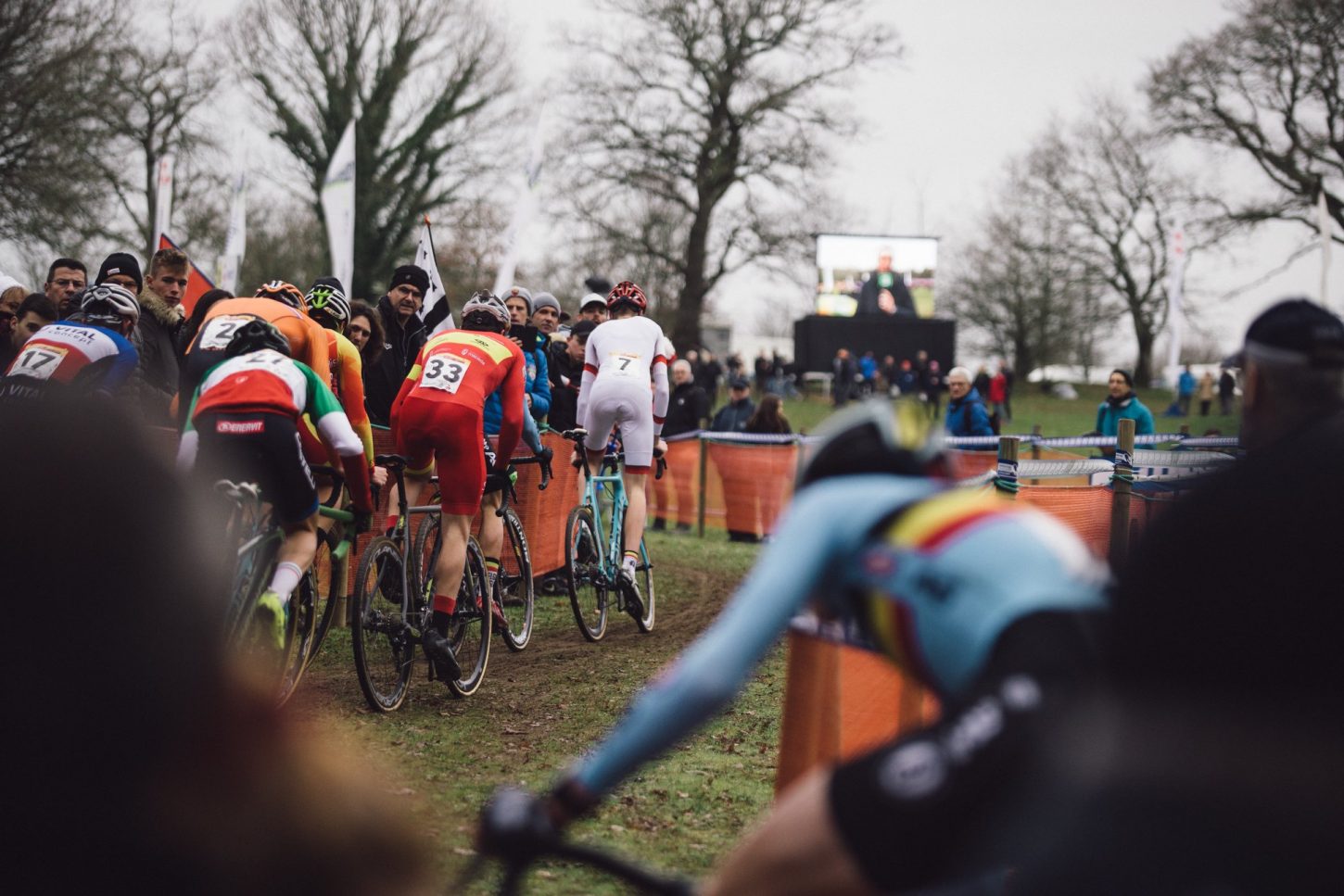 Riders tackled a fast 2.8km long course in Pont-Château (France) during the penultimate round of the Telenet UCI Cyclo-cross World Cup on Sunday. The thrilling high-speed races mostly concluded in last-lap deciders.

UCI World Champion Wout van Aert (Belgium) sprinted to his first World Cup win of the season in the Men Elite category. In the absence of Mathieu van der Poel (Corendon-Circus) who won the previous five World Cup rounds, Van Aert controlled every move throughout the race and won a three-man sprint from recently-crowned Belgian Champion Toon Aerts (Telenet Fidea Lions) and compatriot Michael Vanthourenhout (Marlux-Bingoal). Van Aert narrowly takes over the white World Cup leader’s jersey from Aerts, who had been World Cup leader since the opener in Waterloo. The duo is only separated by three points ahead of the finale in Hoogerheide.

Ceylin Del Carmen Alvarado (20) tops the standings in the Women Under 23 category, going into the Hoogerheide World Cup final in her home country, the Netherlands. Last year, Alvarado – who was born and raised in the Dominican Republic until the age of five – finished second behind Evie Richards (Great-Britain) in the Valkenburg 2018 UCI Cyclo-cross World Championships. This season, Alvarado has already captured the European and Dutch titles in the Women Under 23 category and took her first Elite win at the Brussels Universities Cyclocross, a round of the DVV Trophy race. She hopes to conclude her stellar season with the rainbow jersey at the 2019 UCI Cyclo-cross World Championships in Bogense (Denmark) in two weeks’ time.