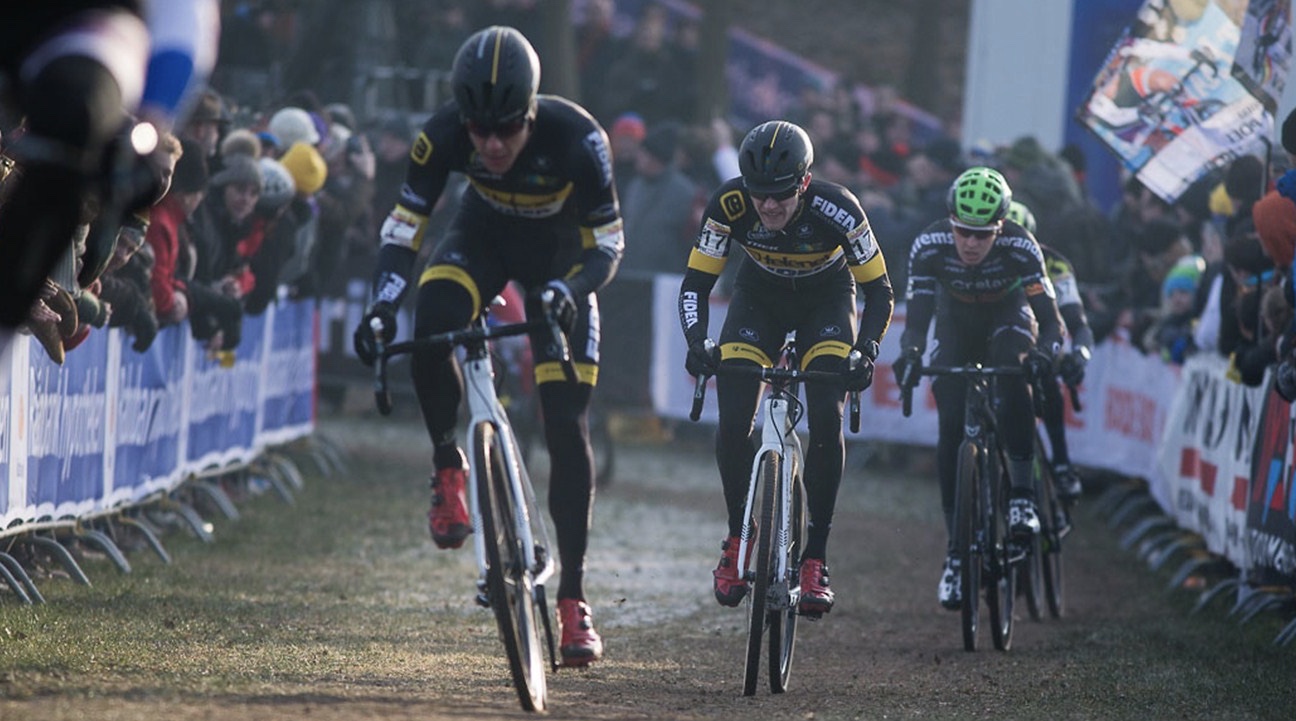 The final round of the 2016-2017 Telenet UCI Cyclocross World Cup was held on a fast, frozen course in Hoogerheide, the Netherlands, on Sunday.

Joris Nieuwenhuis captured his fourth win in a UCI World Cup round after a solo ride in Hoogerheide and totals the maximum of 240 points in the Men Under-23 standings. Thomas Pidcock (Great-Britain) took his second Junior World Cup win of the season on Sunday morning. He finishes third in the overall standings behind Toon Vandebosch (Belgium).

2017 UCI Cyclocross World Championships in Bieles, Luxembourg, on January 28 and 29 for categories Men Elite, Women Elite, Men Under-23, Women Under-23 and Men Junior.

The UCI cyclocross World Championships take place in Luxembourg for the fifth time after 1951, 1956, 1962 and 1968. It’s the first time, the event comes to the Bieles, the biggest village in the commune of Sanem. It’s hard to predict exactly how challenging the twisting course will be, with a lot depending on the weather. One week before the race weekend, the worlds course at the Bel-Val High School is covered with snow. Men Junior, Women Under-23 and Women Elite categories will race on Saturday, followed by Men Under-23 on Sunday morning and Men Elite on Sunday afternoon.

Since 2005-2006, Marianne Vos has been racking up the wins on the road, on the track and in cyclo-cross. She was crowned UCI World Champion at the age of 19 on the road and in cyclocross. Major wins include two Olympic gold medals, two track world titles, three road world titles and seven cyclo-cross world titles. Injuries ruined her 2015 season. Mostly due to commitments on the road, Vos never completed a full UCI Cyclocross World Cup season thus missing out on the overall title.