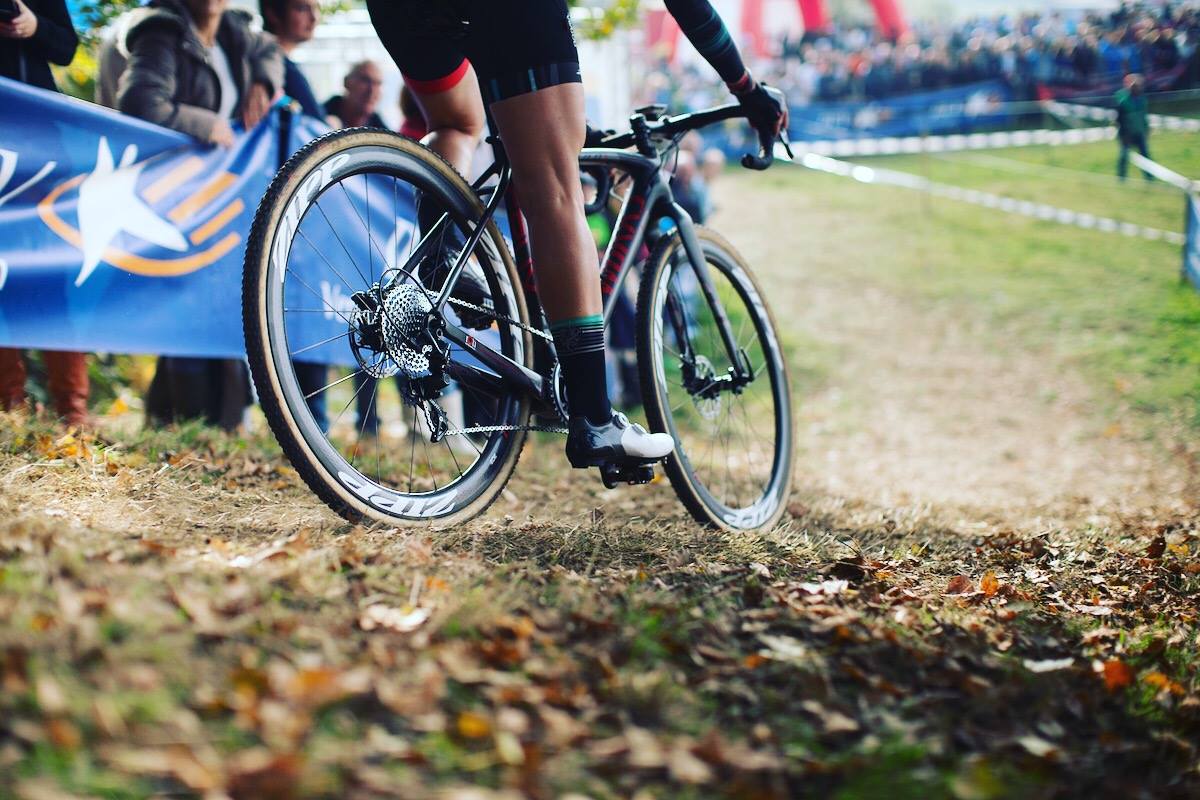 On Christmas day, the seventh round of the Telenet UCI Cyclocross World Cup was held at the Circuit Zolder car racing track in Heusden-Zolder, Belgium. The slightly modified course also featured at the UCI Cyclo-cross World Championships back in January. Overnight rain turned the fast course into a muddier challenge for the riders, especially for the races in the youth categories on Monday morning.

Marianne Vos (RaboLiv Womencyclingteam) made a stylish World Cup comeback on Monday in the Women’s race. The seven-fold World Champion won just ahead of UCI-ranking leader and Belgian champion Sanne Cant (IKO Enertherm-Beobank) and experienced Katerina Nash (Luna Pro Team). Nearly two years after riding her last World Cup round, Vos managed to bounce back from a back-row start position and bridge up to the leaders halfway the 40-minutes long race. Halfway the final lap the 29-year-old Dutch rider moved to the front, stretching out the lead group of eight riders. With a surge on the final climb she distanced Cant and Nash and grabbed her sixth-ever victory in Zolder, her 17th victory in a World Cup round. World Champion Thalita de Jong (RaboLiv Womencyclingteam) struggled with illness and skipped the Heusden-Zolder World Cup round.

Joris Nieuwenhuis (The Netherlands) managed to take a third consecutive win in the Men Under-23 race. In absence of European champion Quinten Hermans (Belgium) he won solo ahead of fast started Clément Russo (France). Adam Toupalik (Czech Republic) was third at half a minute. Nieuwenhuis scored 60 points for the World Cup standings and now holds a massive lead of 80 points over Gioele Bertolini (Italy), who finished eighth in Heusden-Zolder.

The first race of the day was the first of three Dutch victories in Heusden-Zolder. Thymen Arensman (The Netherlands) outsprinted Toon Vandebosch (Belgium) for the win. Andreas Goeman (Belgium) was third at ten seconds. Vandebosch remains World Cup leader, preceding Goeman by 15 points.

After rounds in Monopoli, Turin, Milan, Treviso and Rome, it’ll be the first time the UCI Cyclo-cross World Cup halts in Fiuggi, in the Lazio region. The eighth edition of the ‘Memorial Romano Scotti’ will be contested in the marvelous ‘Fonte dell’Anticolana’ park. The twisting course is mostly flat with a set of stairs and a climb at the back-end. The day before the Telenet UCI Cyclo-cross World Cup, local beginners and Masters have the opportunity to test their legs on the same course.

Eva Lechner (Luna Pro Team) combines mountain biking with cyclo-cross. The 31-year-old rider from Bolzanois is a seven-fold Italian champion in cyclo-cross. She mostly focused on mountain biking in the past but added more emphasis on cyclo-cross in recent years, and with success. In the 2014-2015 season she won her first World Cup round in Hoogerheide, The Netherlands. Last year she proved to be a skilful climber by winning the round on the Cauberg in Valkenburg, The Netherlands. It’s no surprise she featured on the podium this season on the climber’s course in Namur, Belgium on December 18th, 2016. Most recently, Lechner finished fifth in Heusden-Zolder.